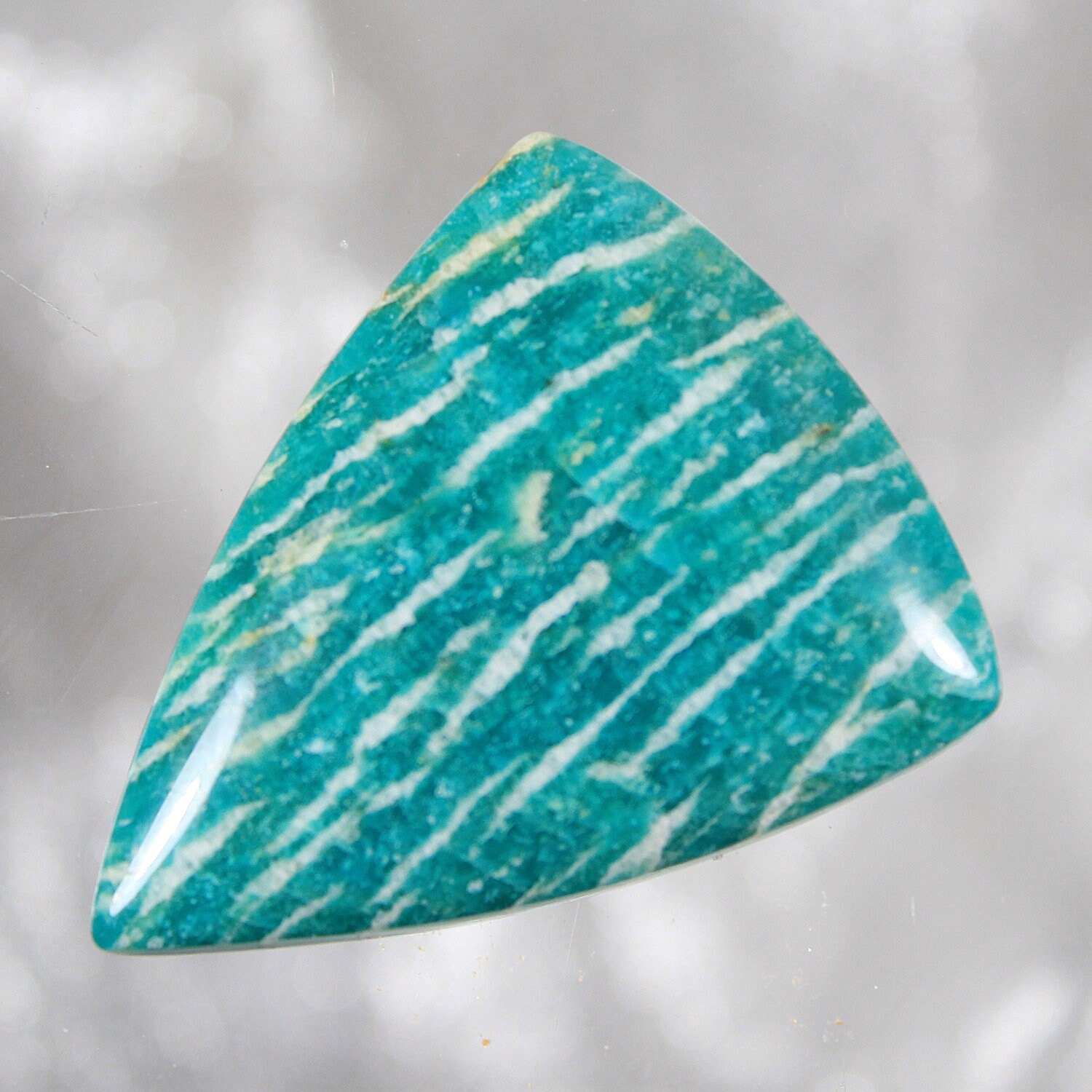 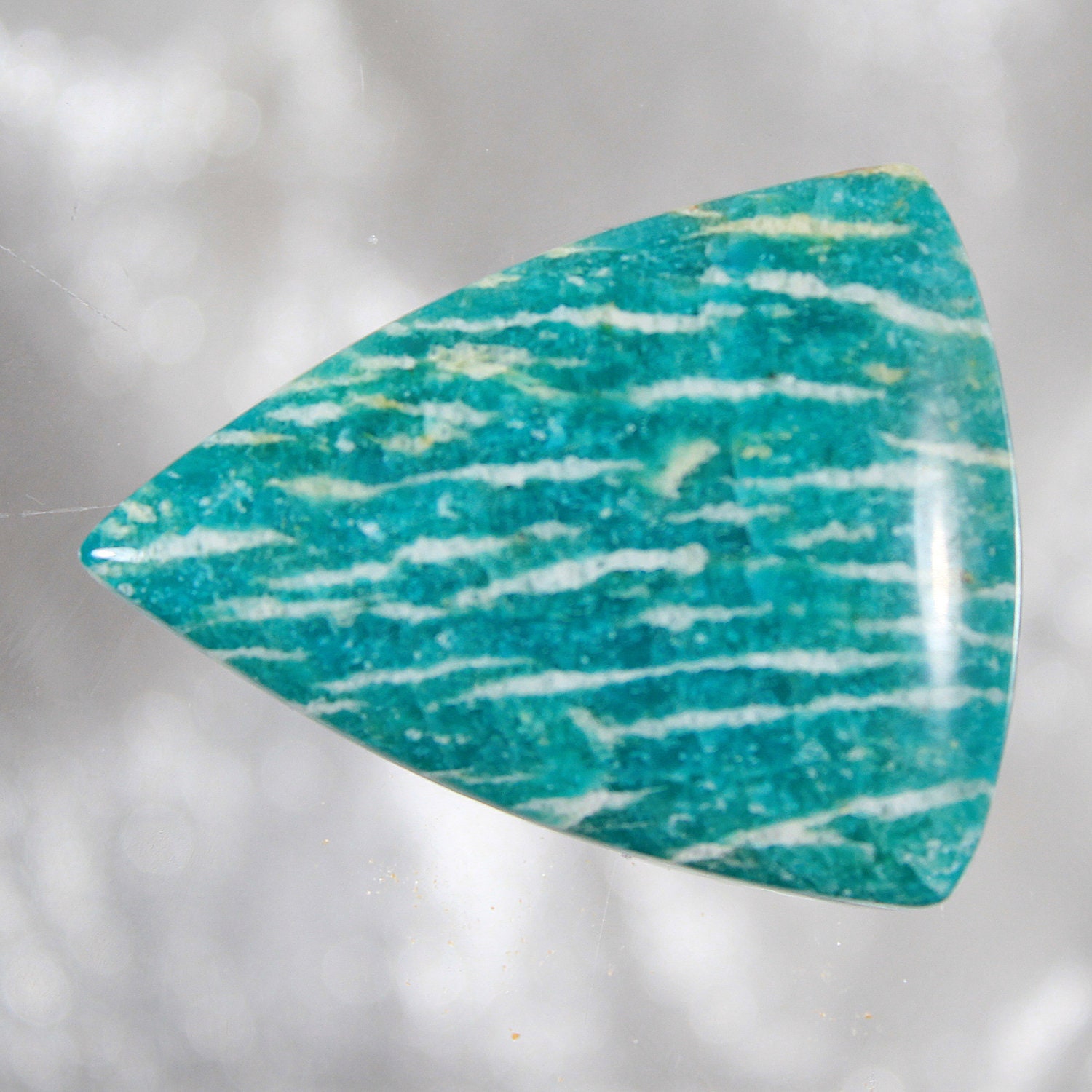 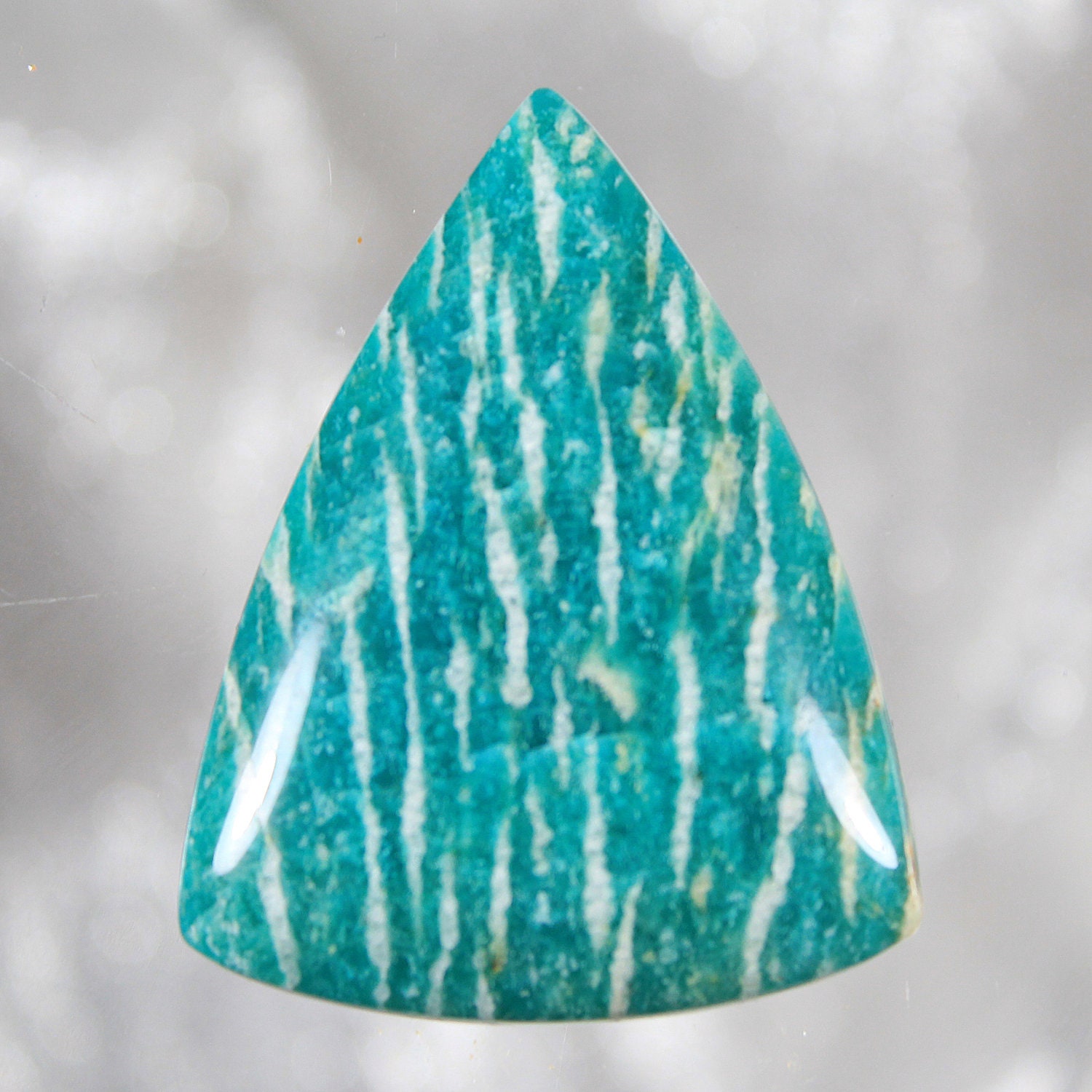 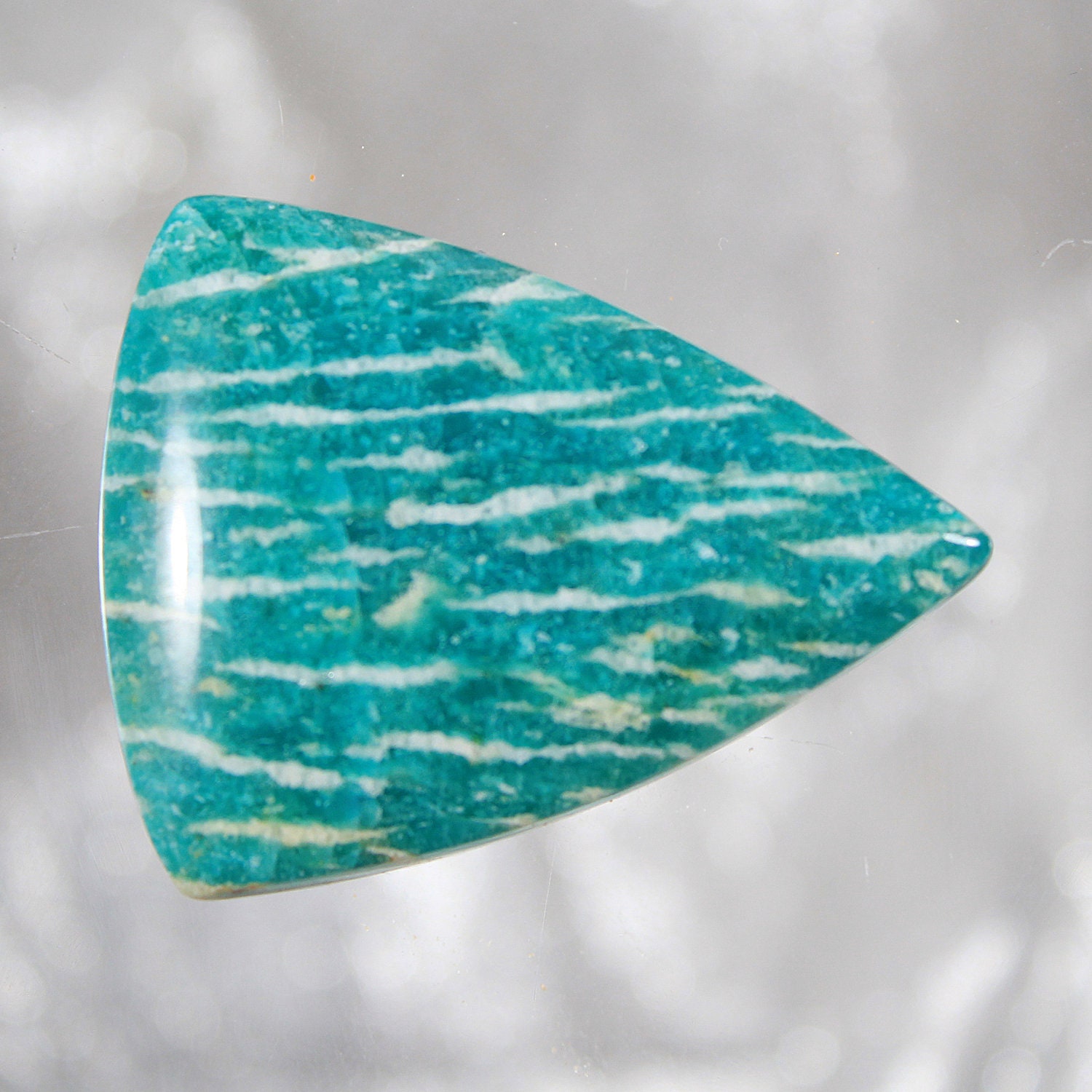 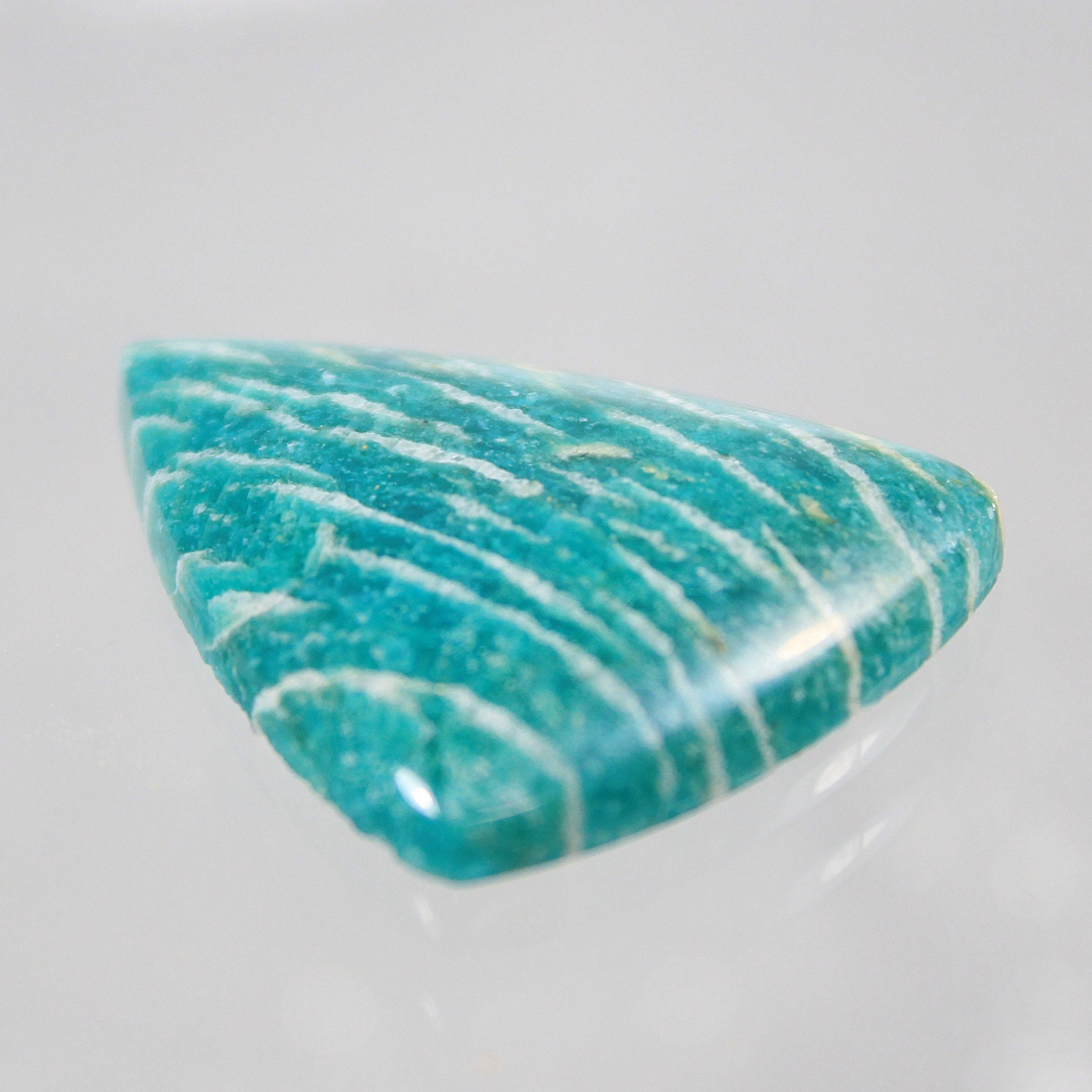 This nicely domed Amazonite cabachon has great tight distinct white stripes within a rich teal Green background. This one-of-a-kind treasure is ready to be set in your next creation.