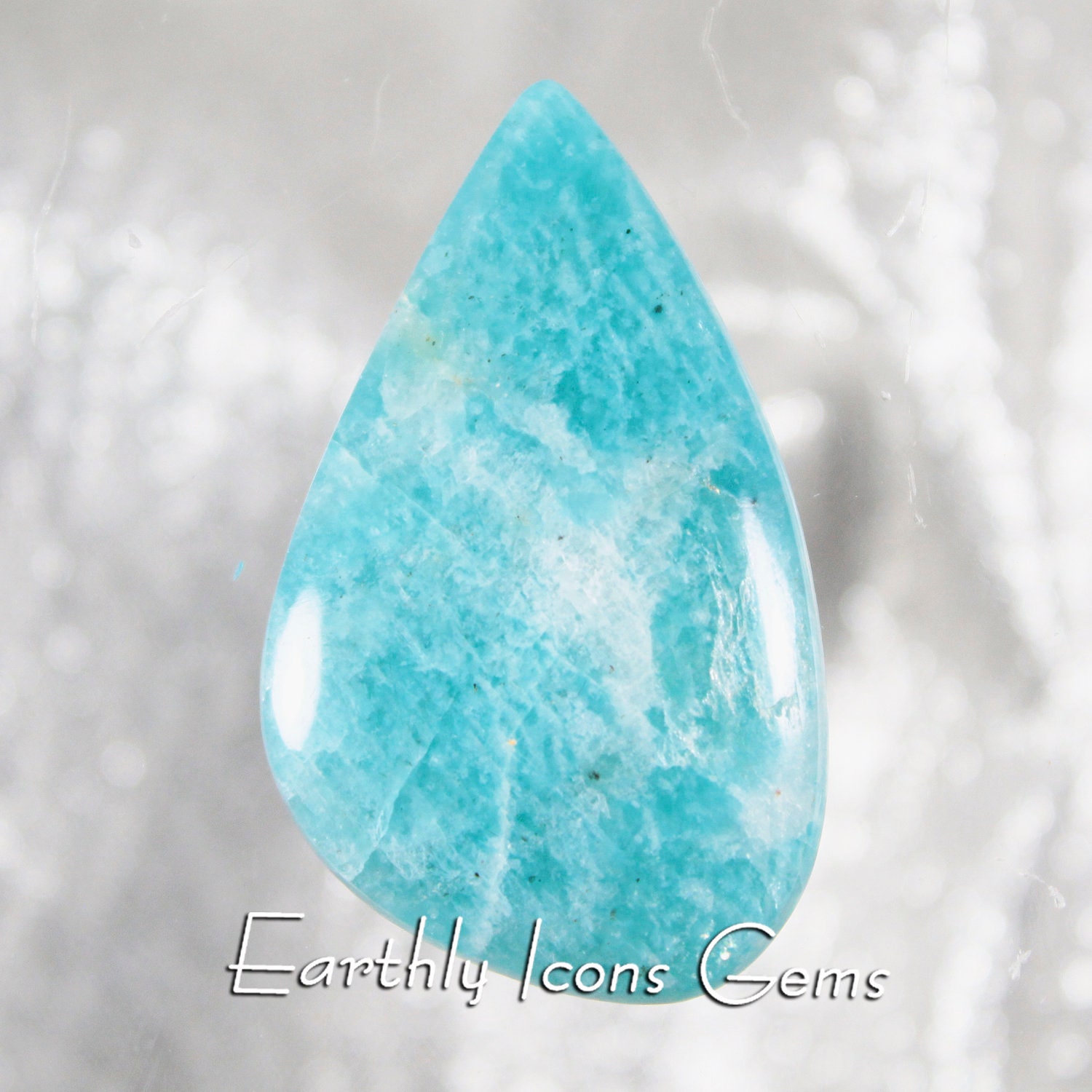 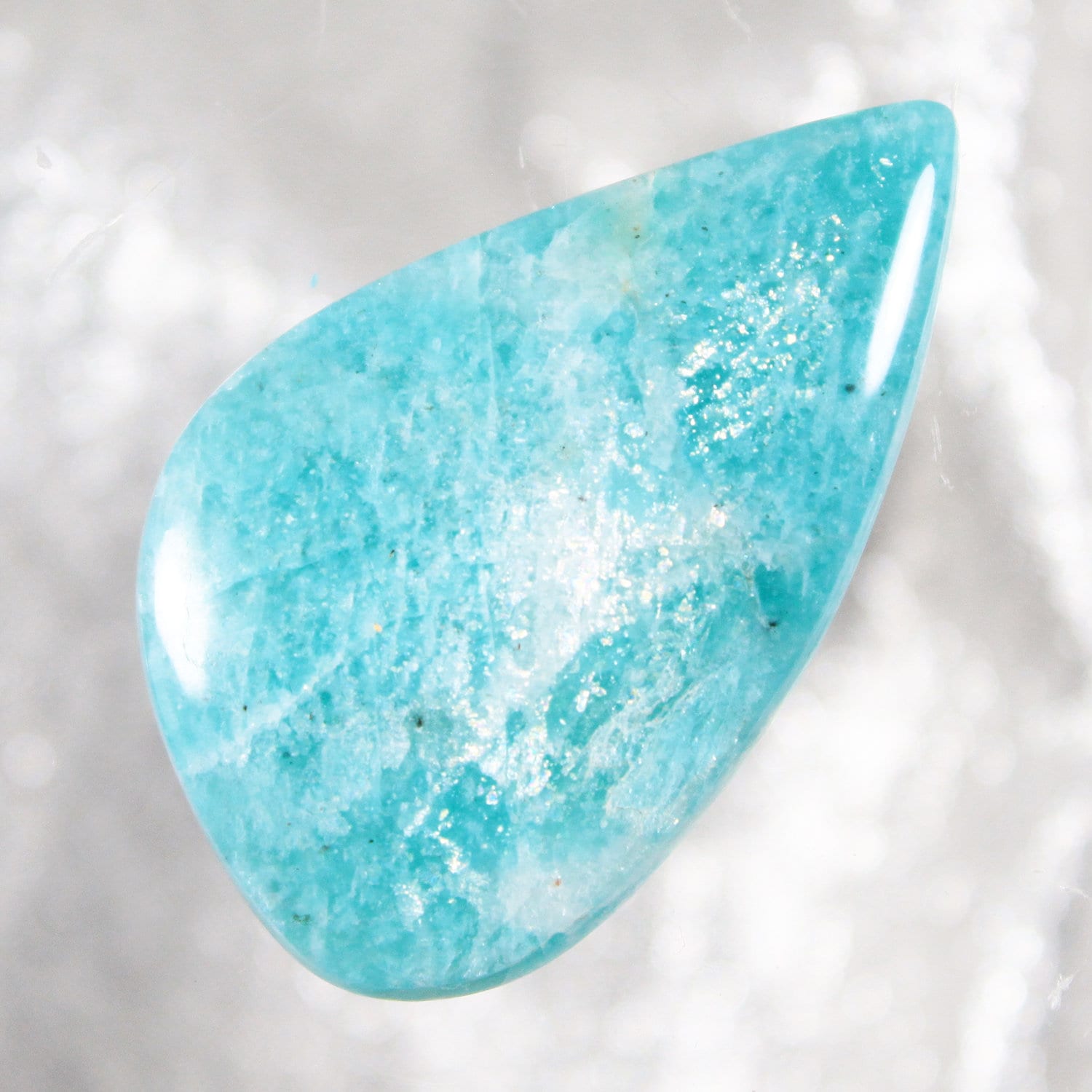 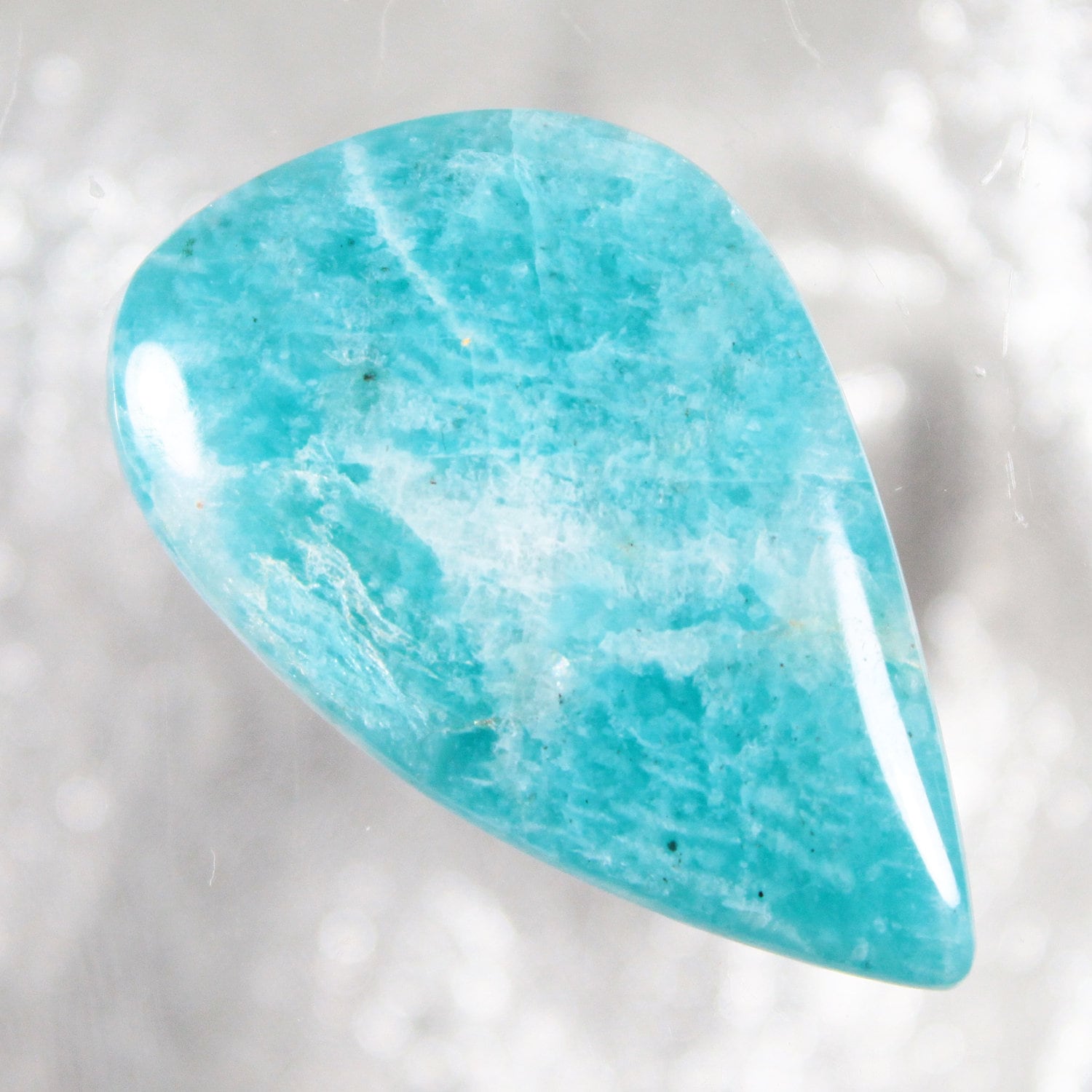 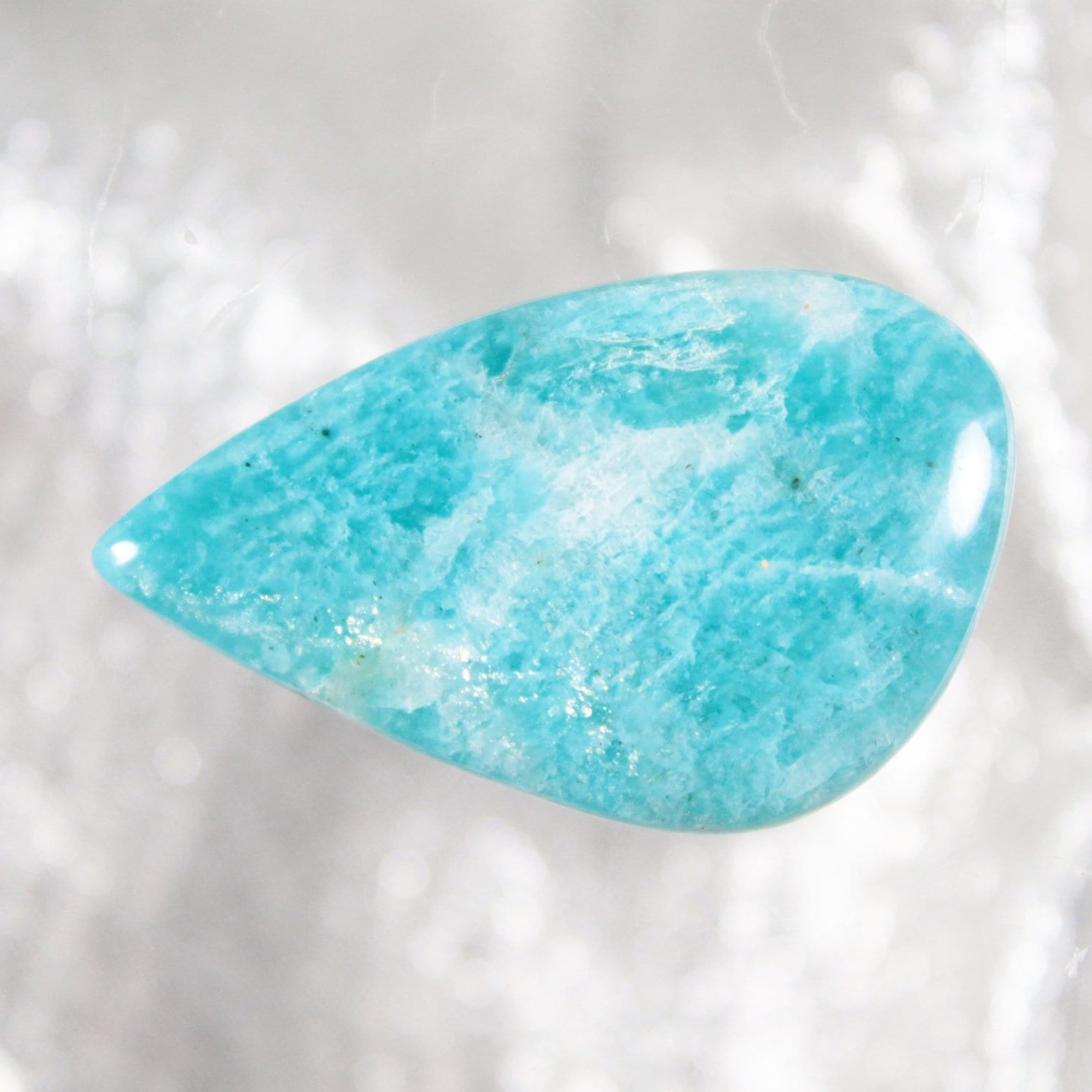 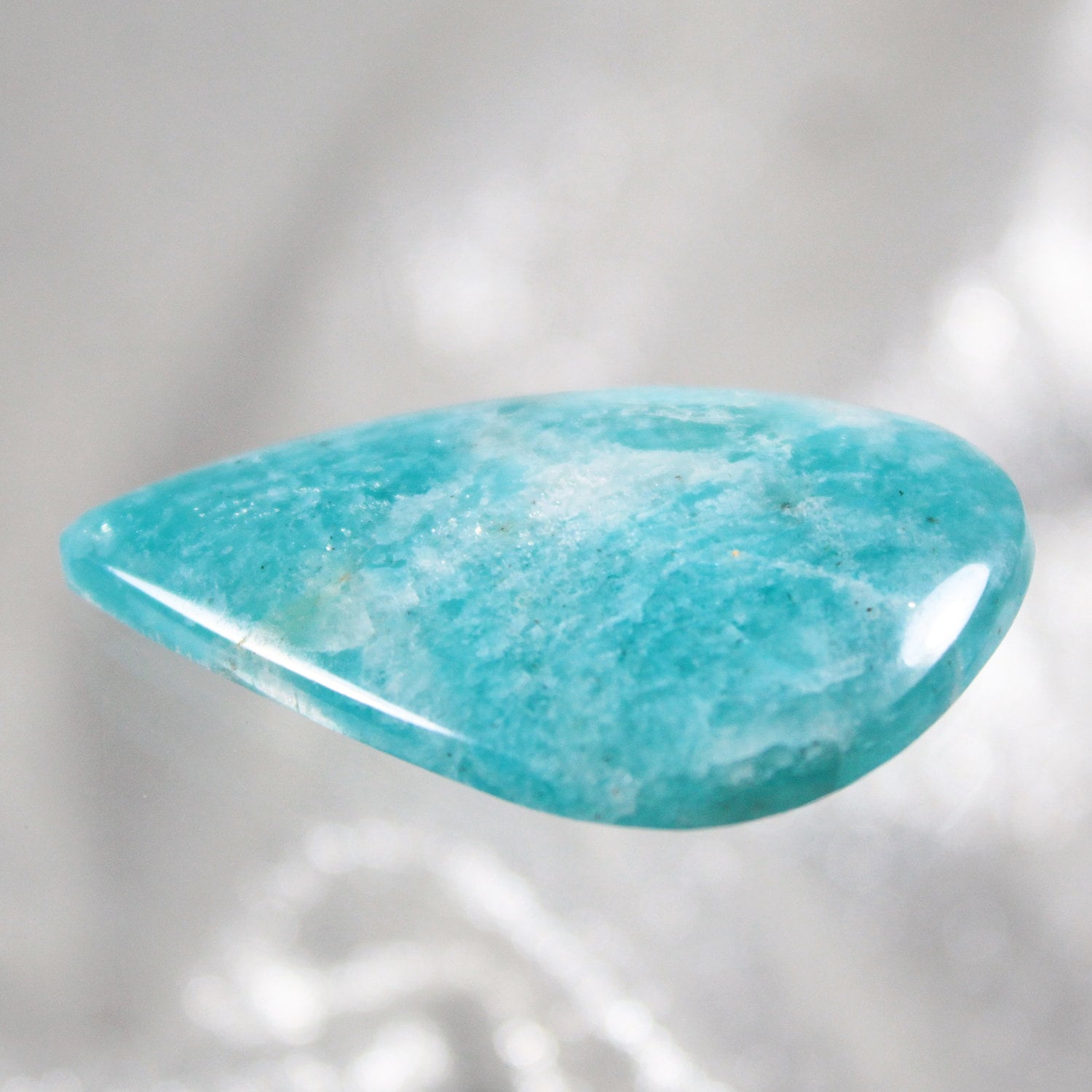 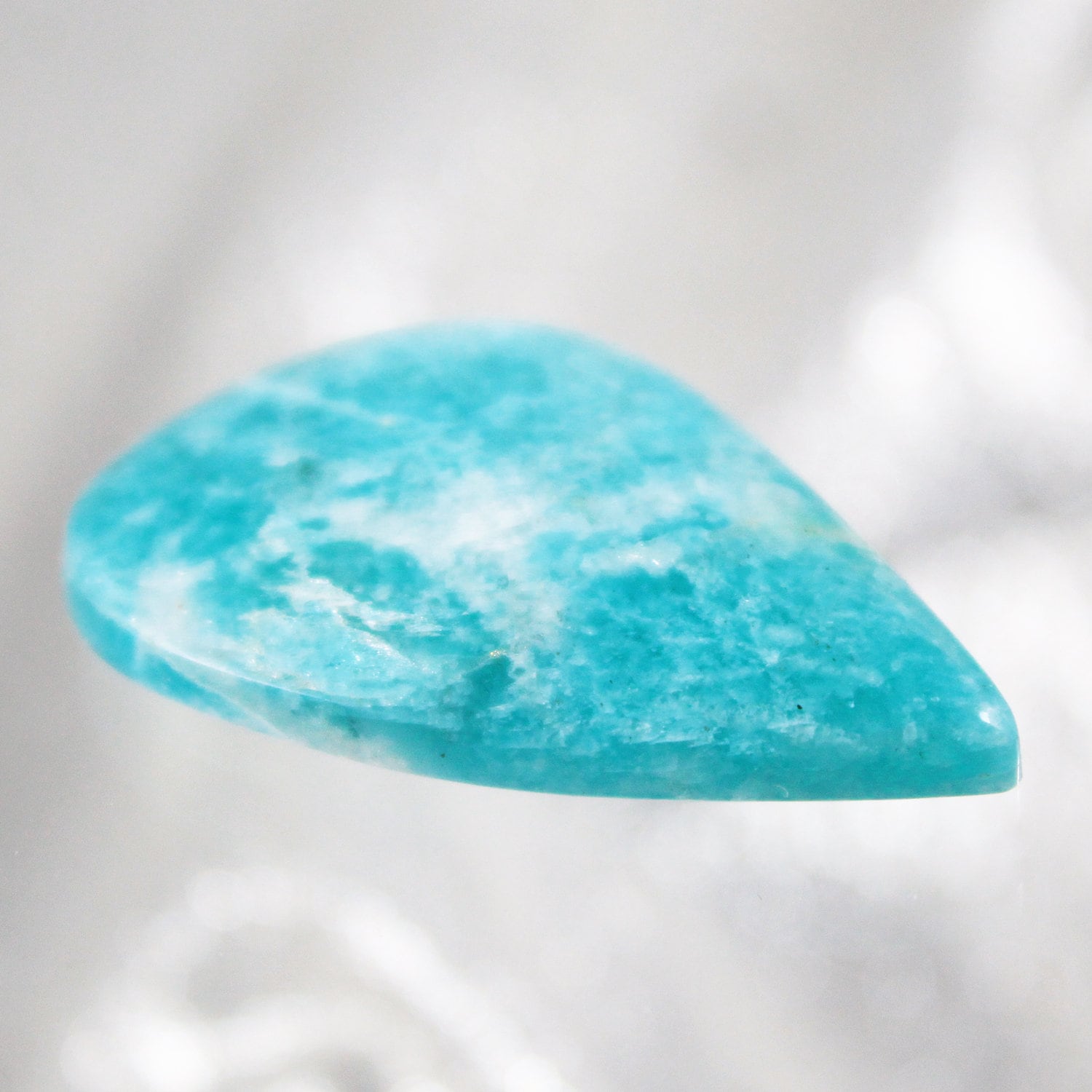 This rare Gem Amazonite cabochon has fantastic coloring and translucency and Chatoyancy, without the typical white stripes of most Amazonite. The color is an astounding teal color, leaning toward the blue side. This one-of-a-kind treasure would make a gorgeous piece of high end jewelry!