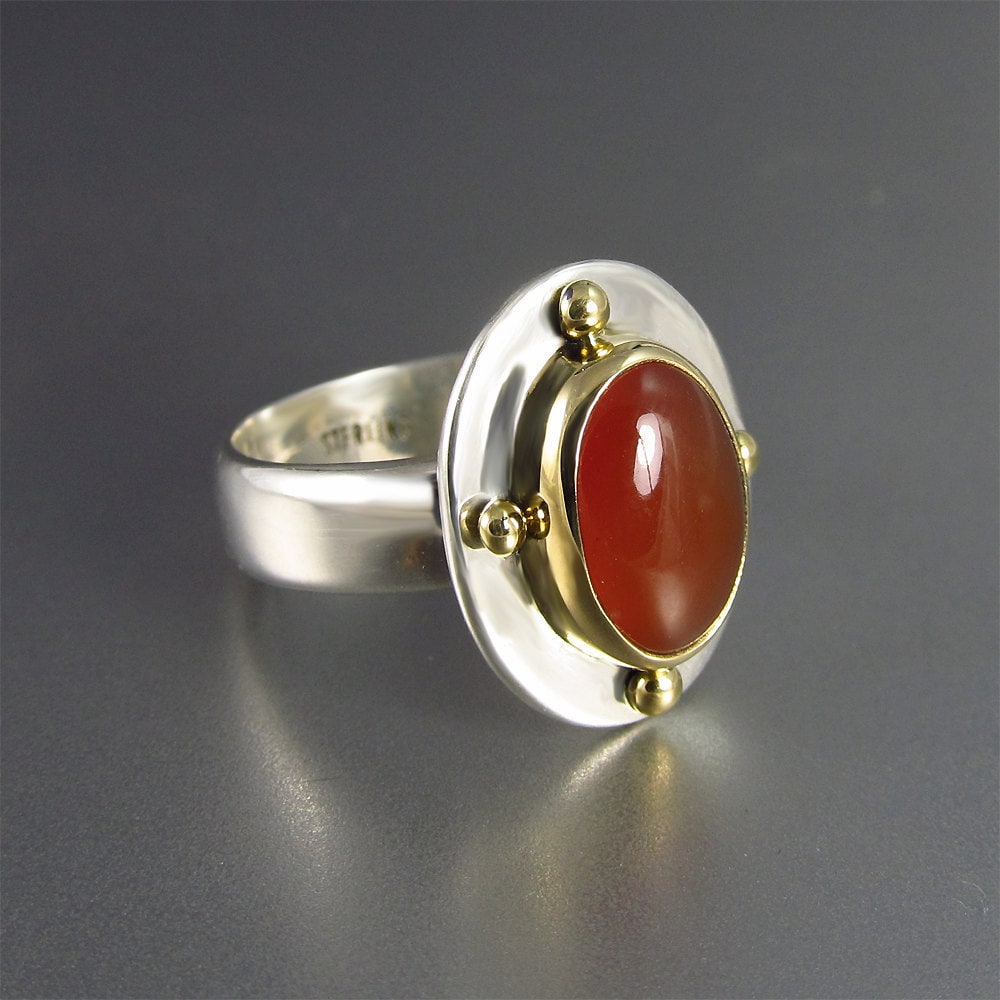 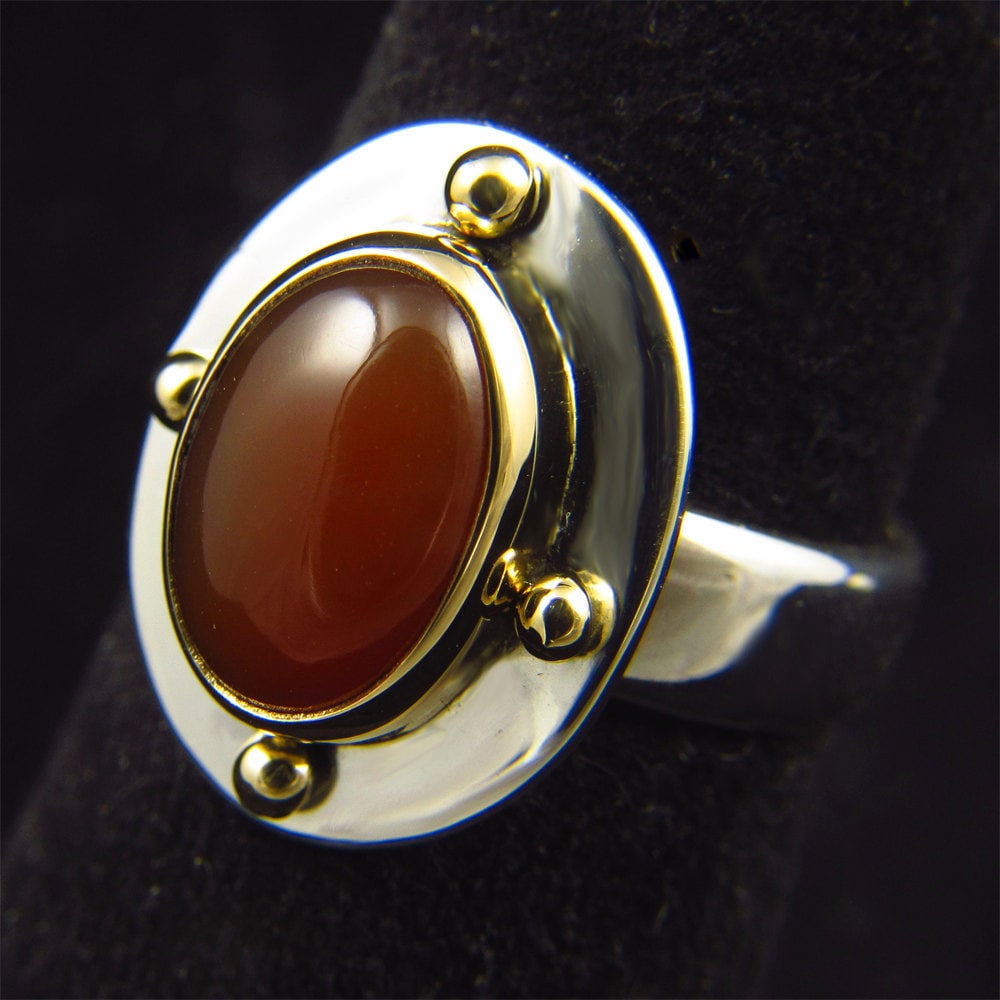 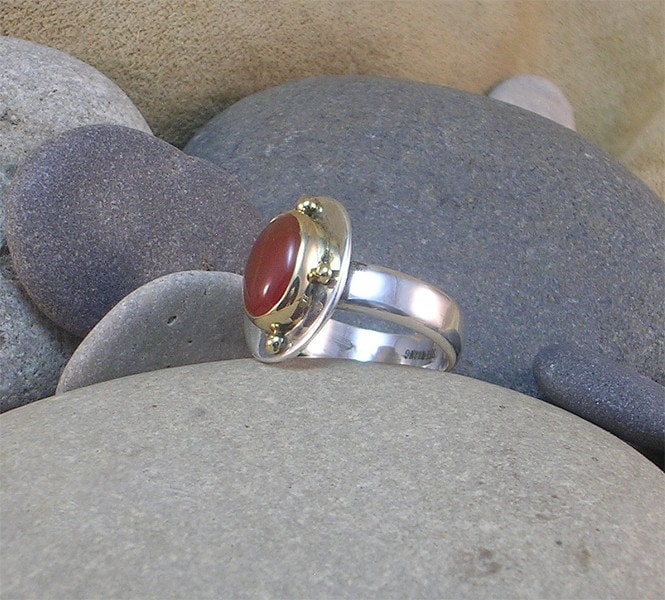 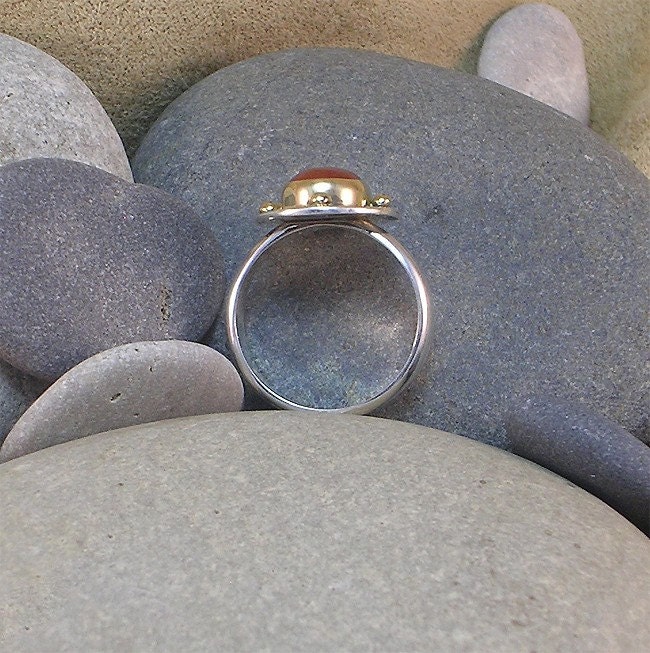 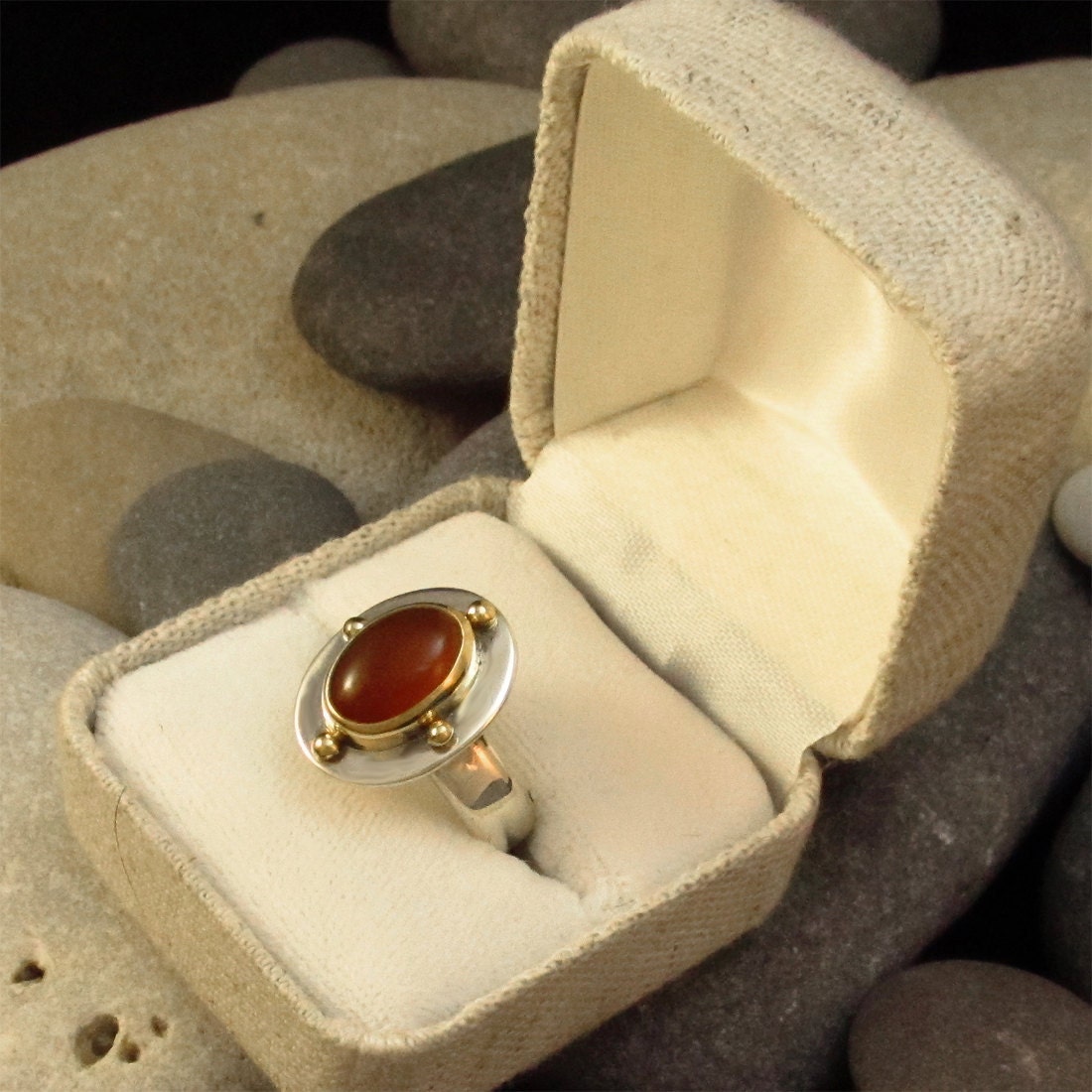 I set this beautiful deep reddish orange Carnelian cabochon (which I cut) in an 18kt gold bezel setting to accent the rich color of the stone and contrast the Sterling Silver in the body of ring. 18kt balls also adorn the sterling silver shelf around the stone and the band is also sterling silver. My design of this ring is inspired by the byzantine style, but I've kept it simple and bold to make it more modern. It's a striking statement for your hand, sure to draw attention.

Sterling Silver and 18kt Gold with Carnelian Cab
This ring was hand-fabricated by me.
One of a Kind.
Ring Size: 7-3/4

Information on Carnelian: Carnelian (also known as "cornelian") is a reddish orange variety of chalcedony (quartz). The reddish color is caused by the presence of iron oxides. Oftentimes banded in colors of orange and red, the most highly prized Carnelian is the uniform deep reddish orange. In India, the best carnelian is mined and placed out in the sun to purify the red color, "bleaching" out any hints of brown. Most Carnelian on the market is from Brazil and Uraguay, colored with ferrous nitrate solution. If held to the light, one can see banding is the Carnelian that has been colored, while the naturally solid colored Carnelian has a cloudy distribution of color. The name Carnelian is derived from the Latin word "carnem", which means flesh, referring to the flesh-colored quality of the stone. The name Cornelian is thought to be derived from the Kornel type of cherry, also referring to the color. Carnelian has a long history throughout the world, and has been known by other names throughout history, including: Sadoine, Mecca Stone and Pigeon's Blood Agate. Carnelian has been found in some of the oldest known examples of jewelry. Among the ancient Egyptians, it was prized as one of the three most used stones among their jewelry along with lapis lazuli and turquoise, believing it to have great power in the afterlife. The Egyptian goddess Isis protected the dead with a Carnelian Amulet named Thet. In ancient Greece and Rome, Carnelian was used in signet rings, cameos and intaglios.