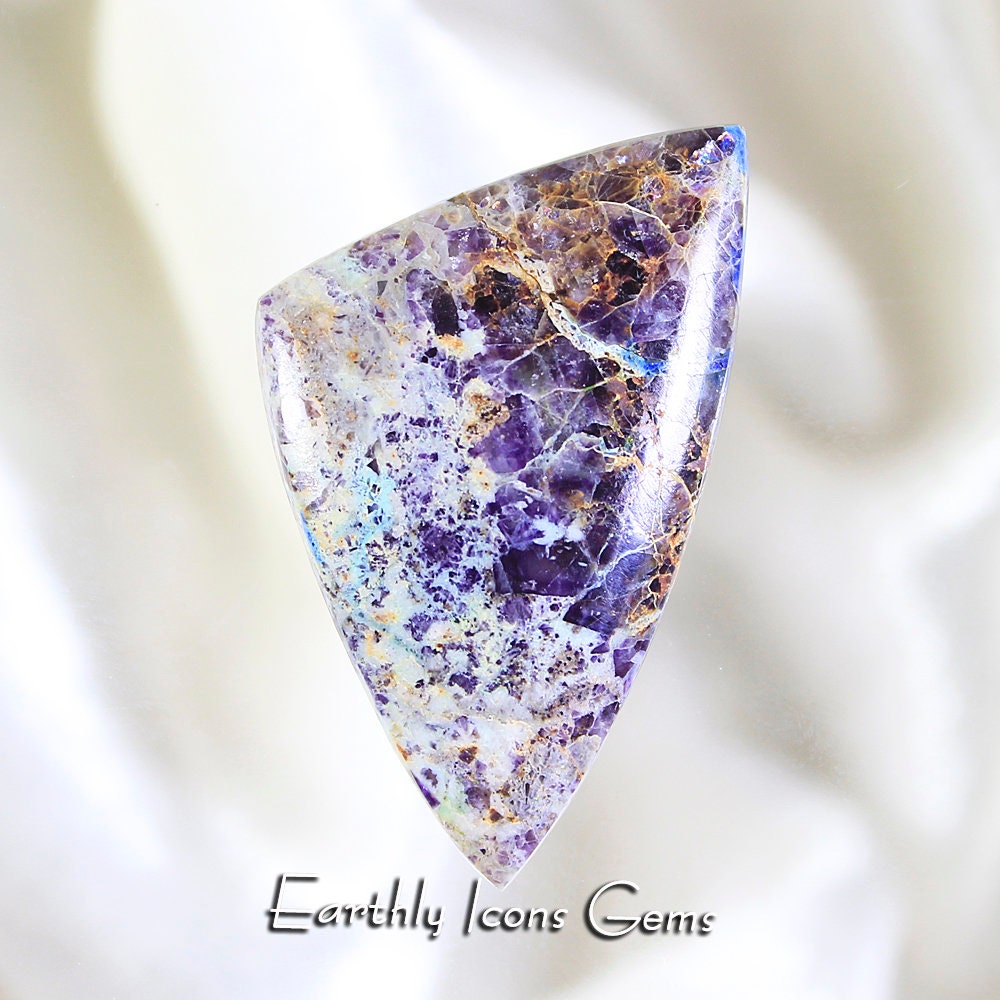 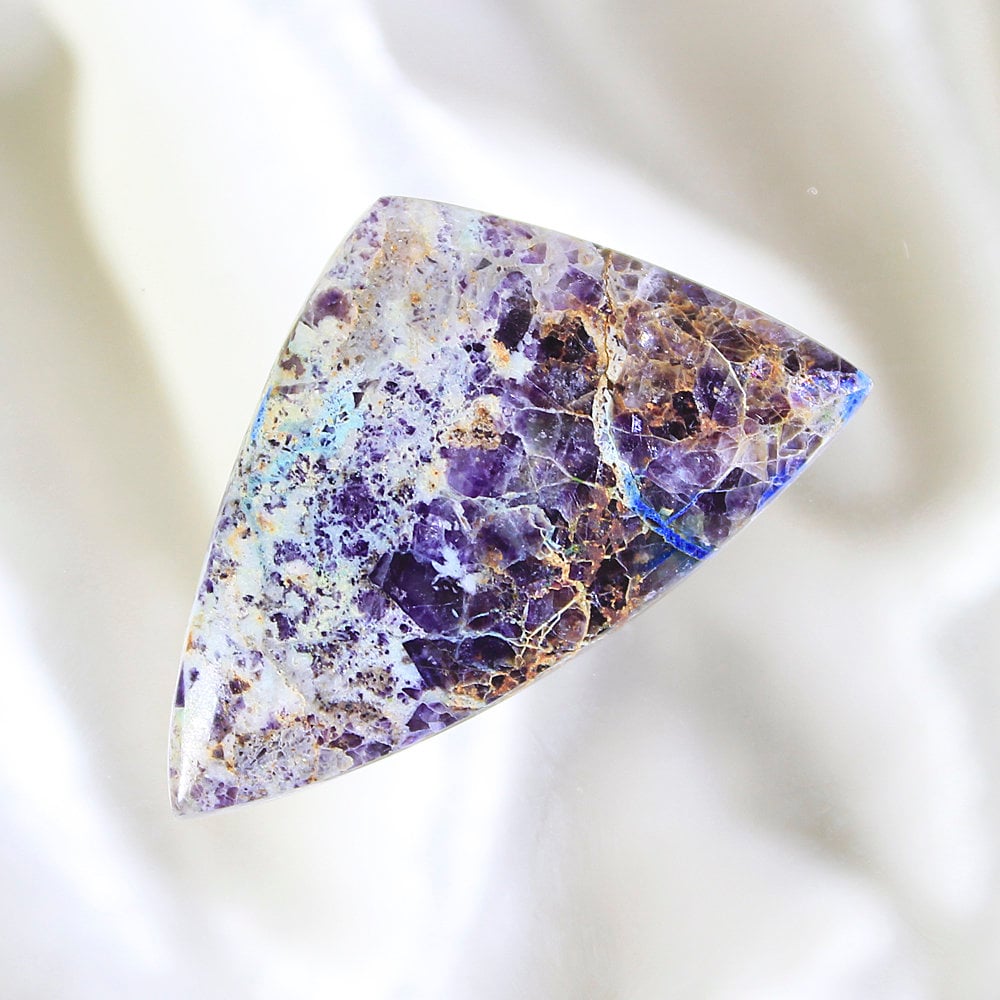 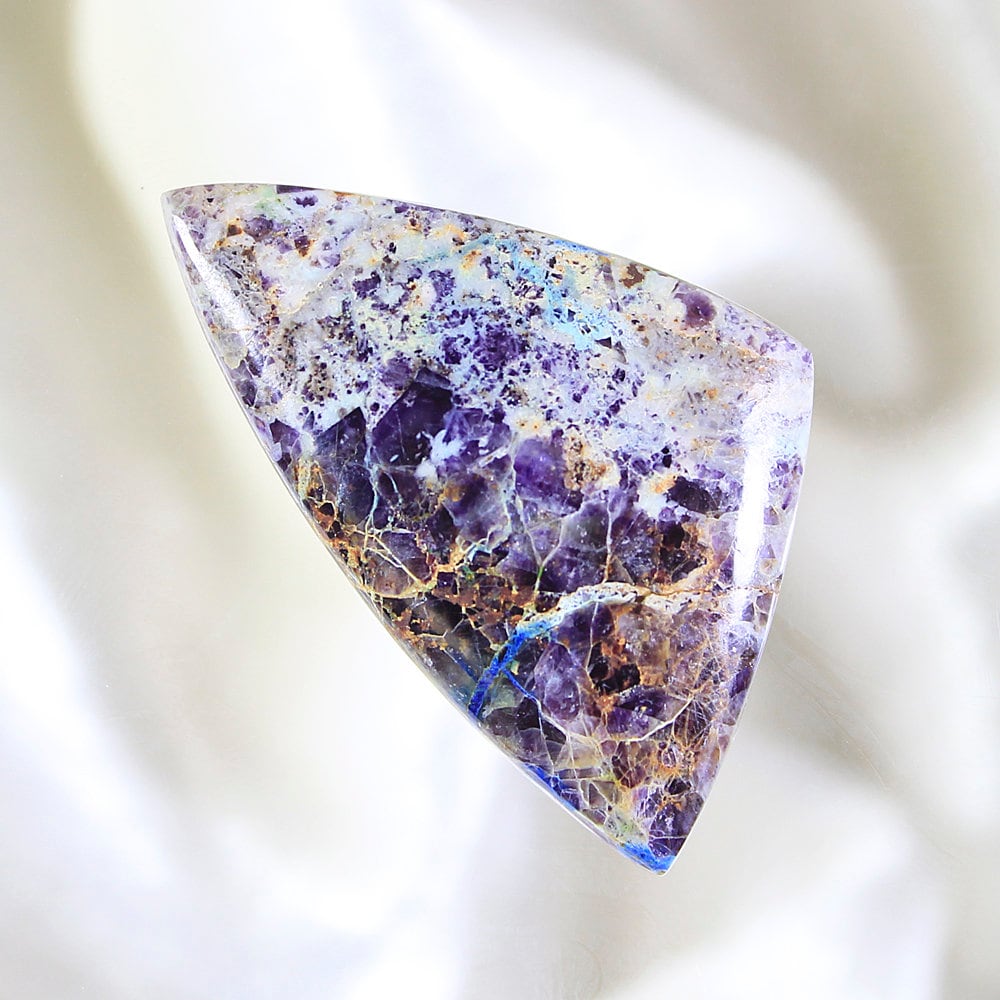 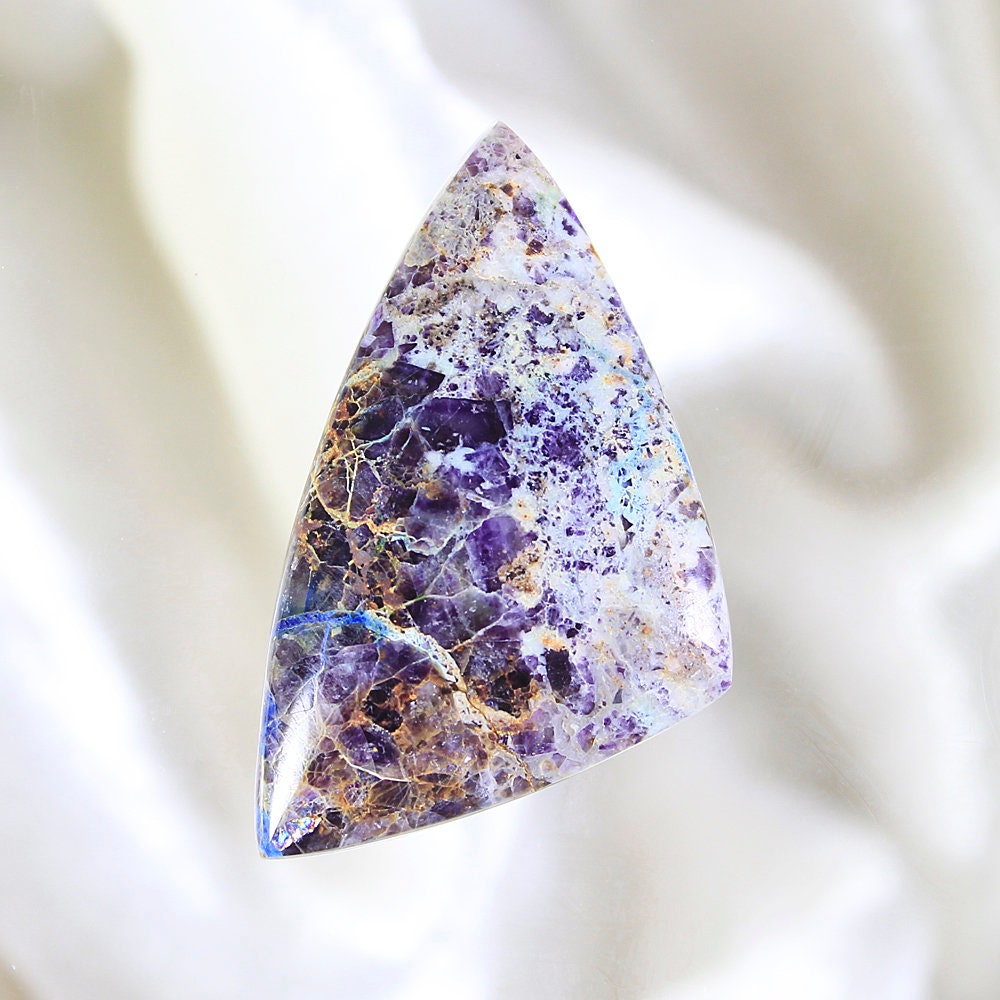 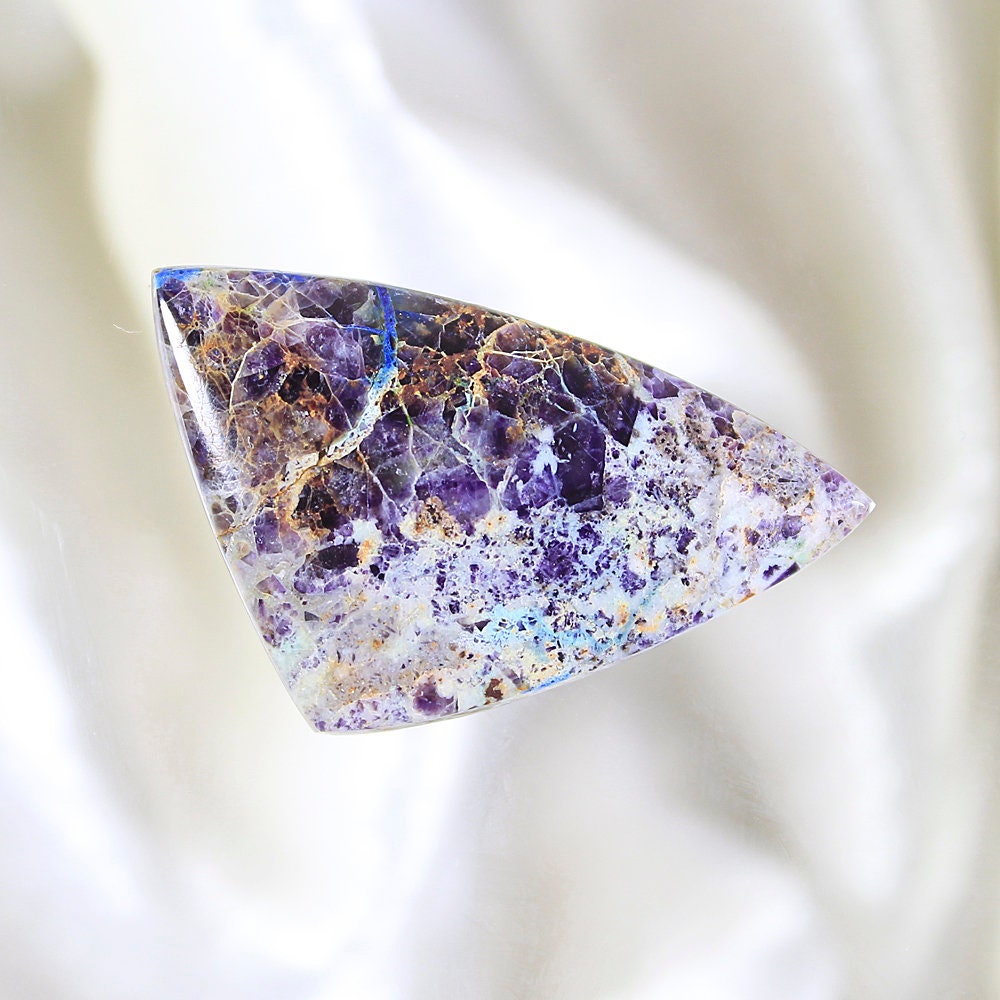 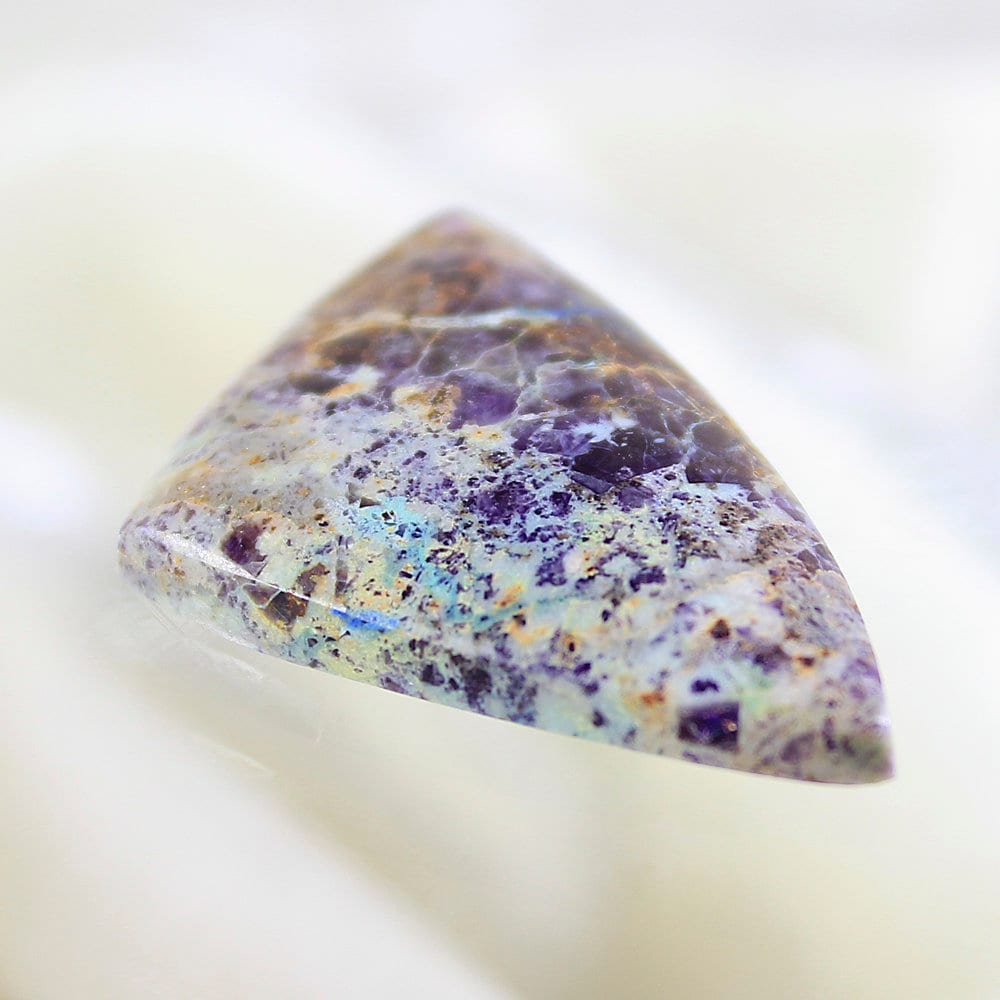 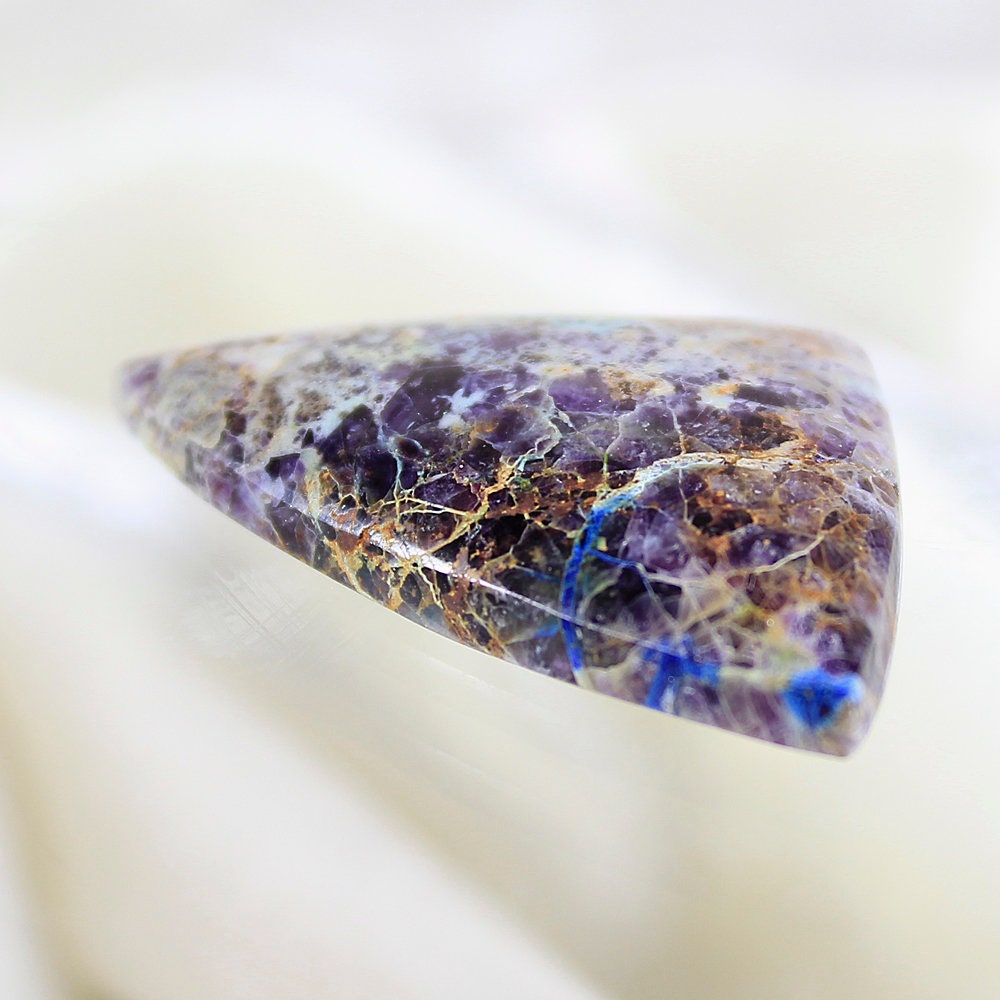 This beautiful Kaleidoscope Prism Stone (a naturally occurring stone from Utah), also incorrectly referred to as "Kaleidoscope Agate", is a true study in contrasts with light opaque common opal in pastels of lavender, gentle sky blue and creamy beige on one side morphing into rich jewel tones of translucent purple and blue with deep golden highlights and webbing. The lines in the stone are healed stress fractures, which are what create that "prismatic" effect and make this such a unique and beautiful treasure. Always an attention grabber, it makes beautiful jewelry. This stone, with it's great eye appeal and contrasts of color, will make a stand-out piece of jewelry.