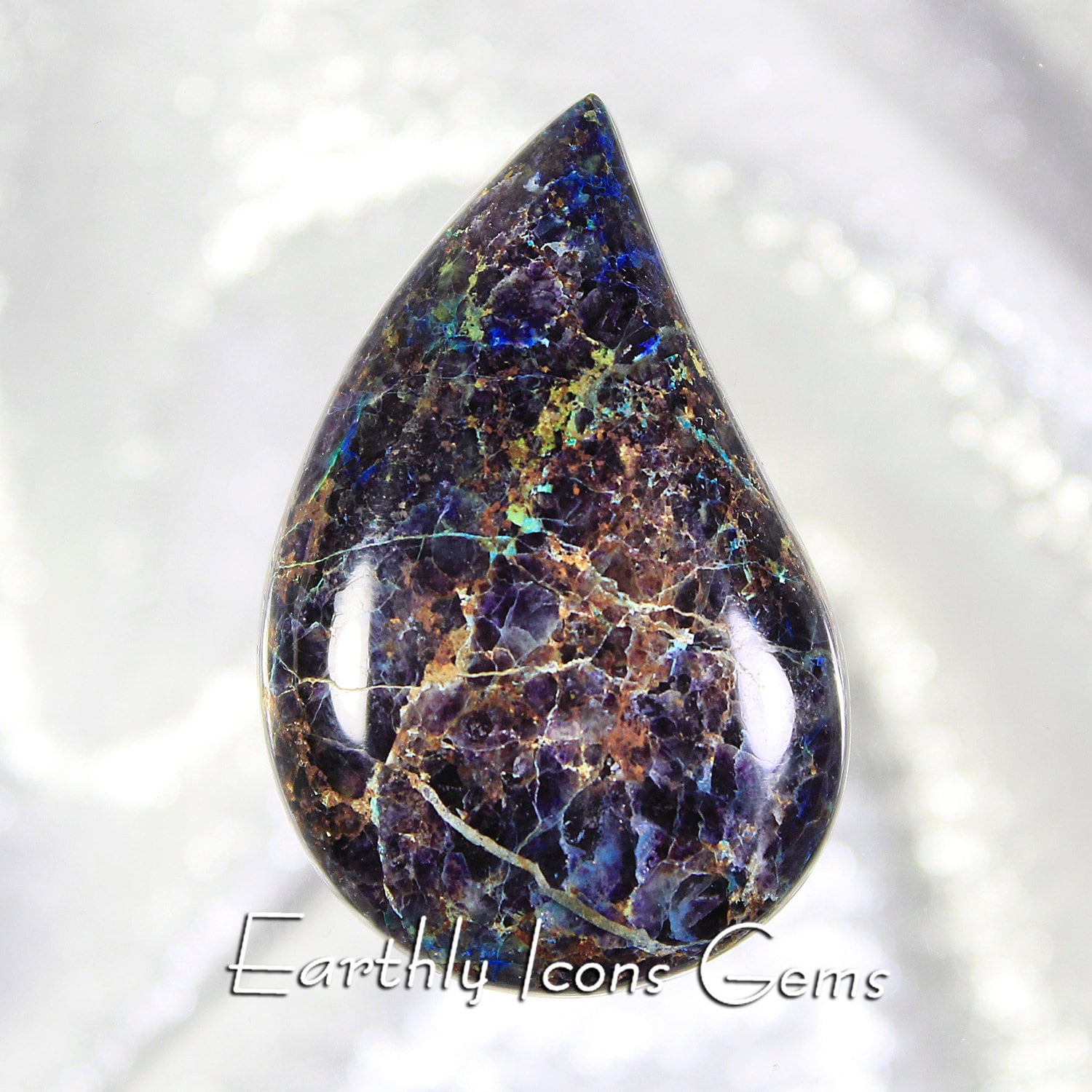 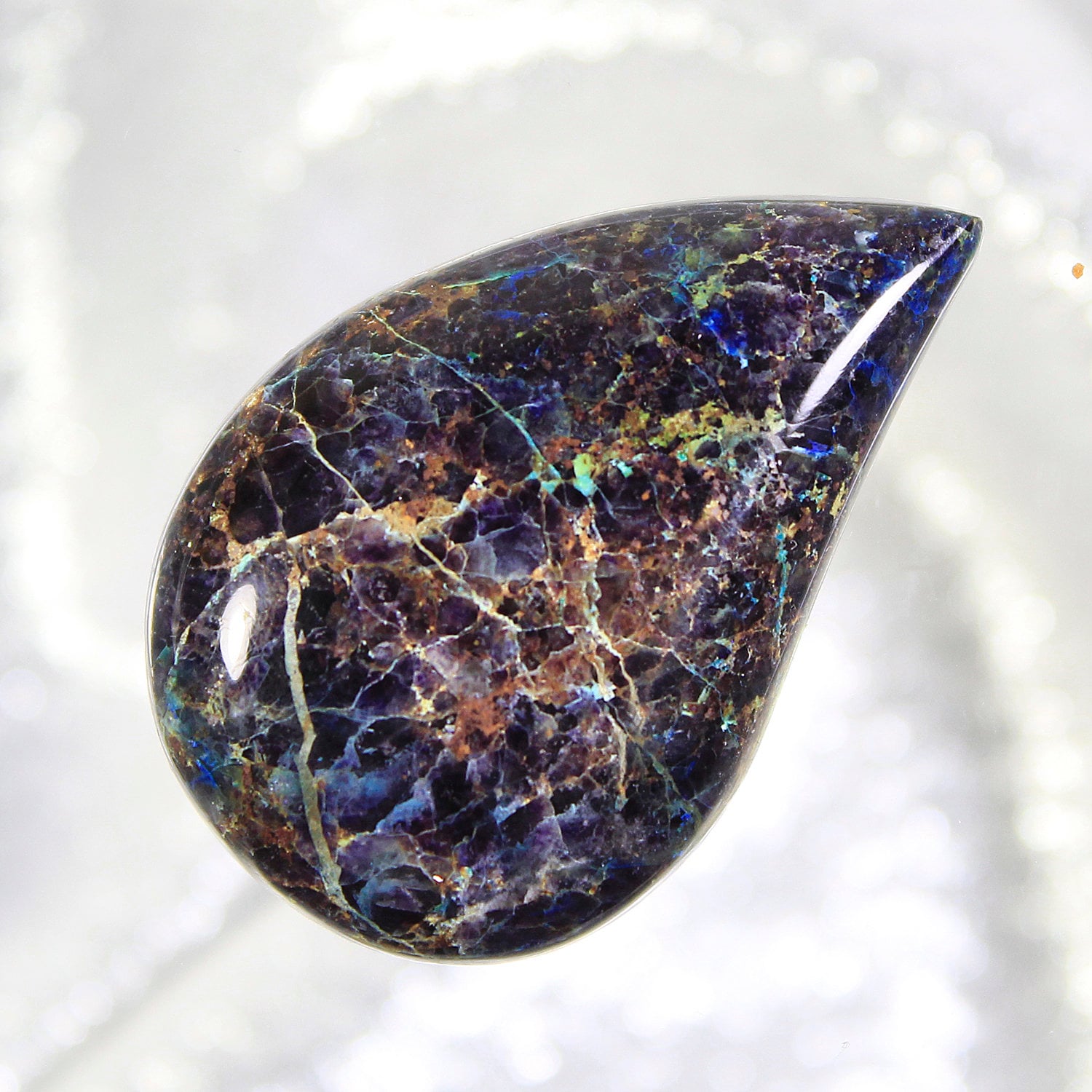 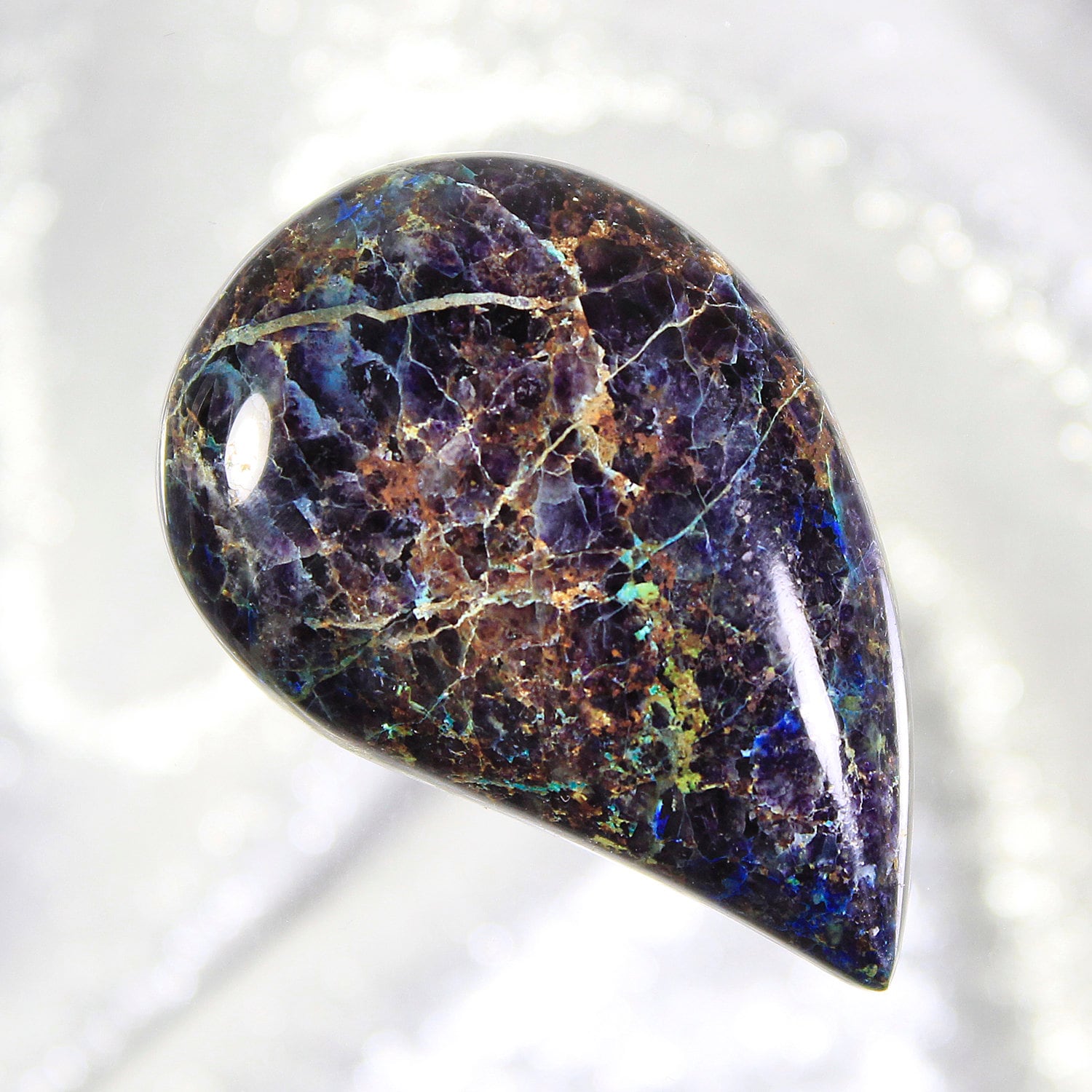 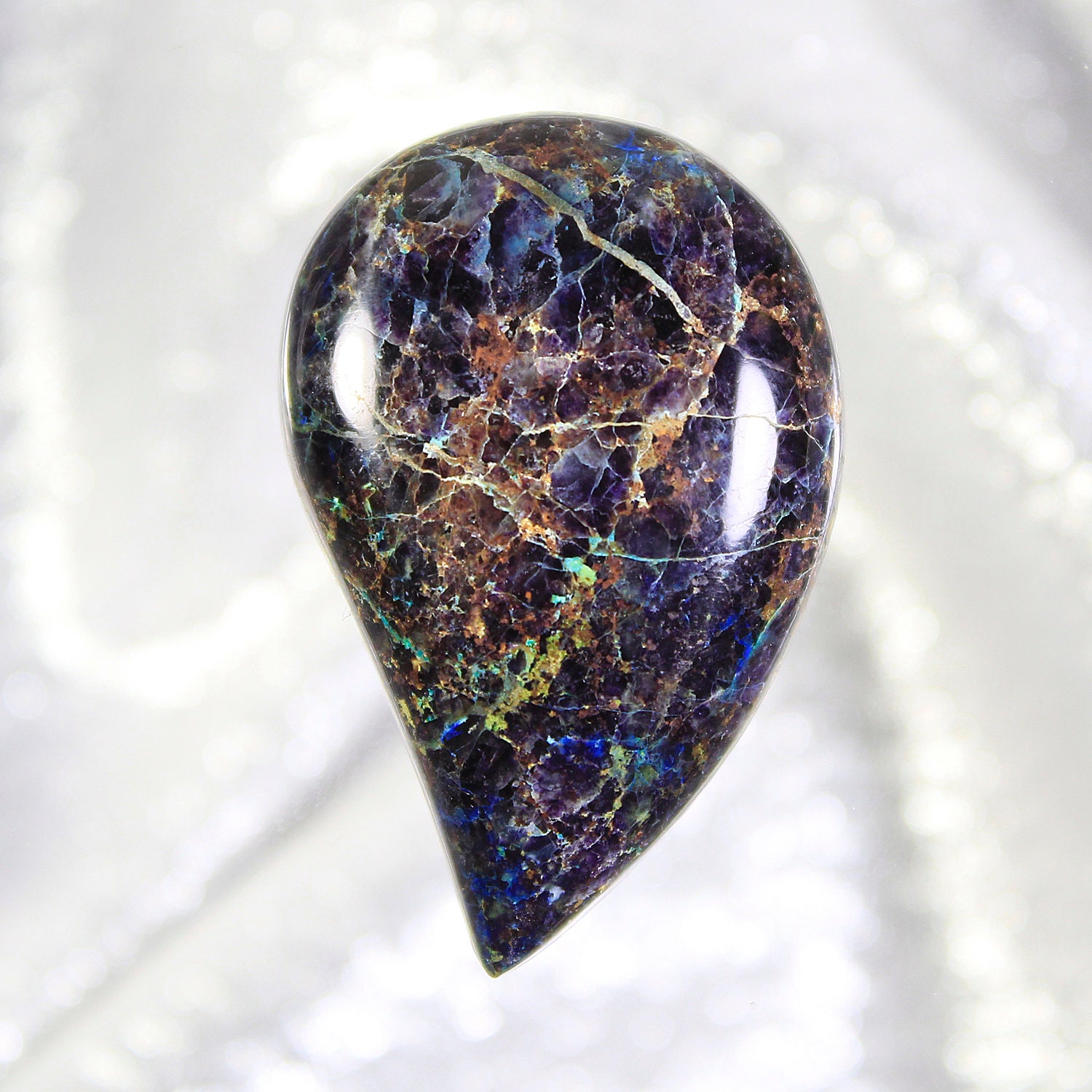 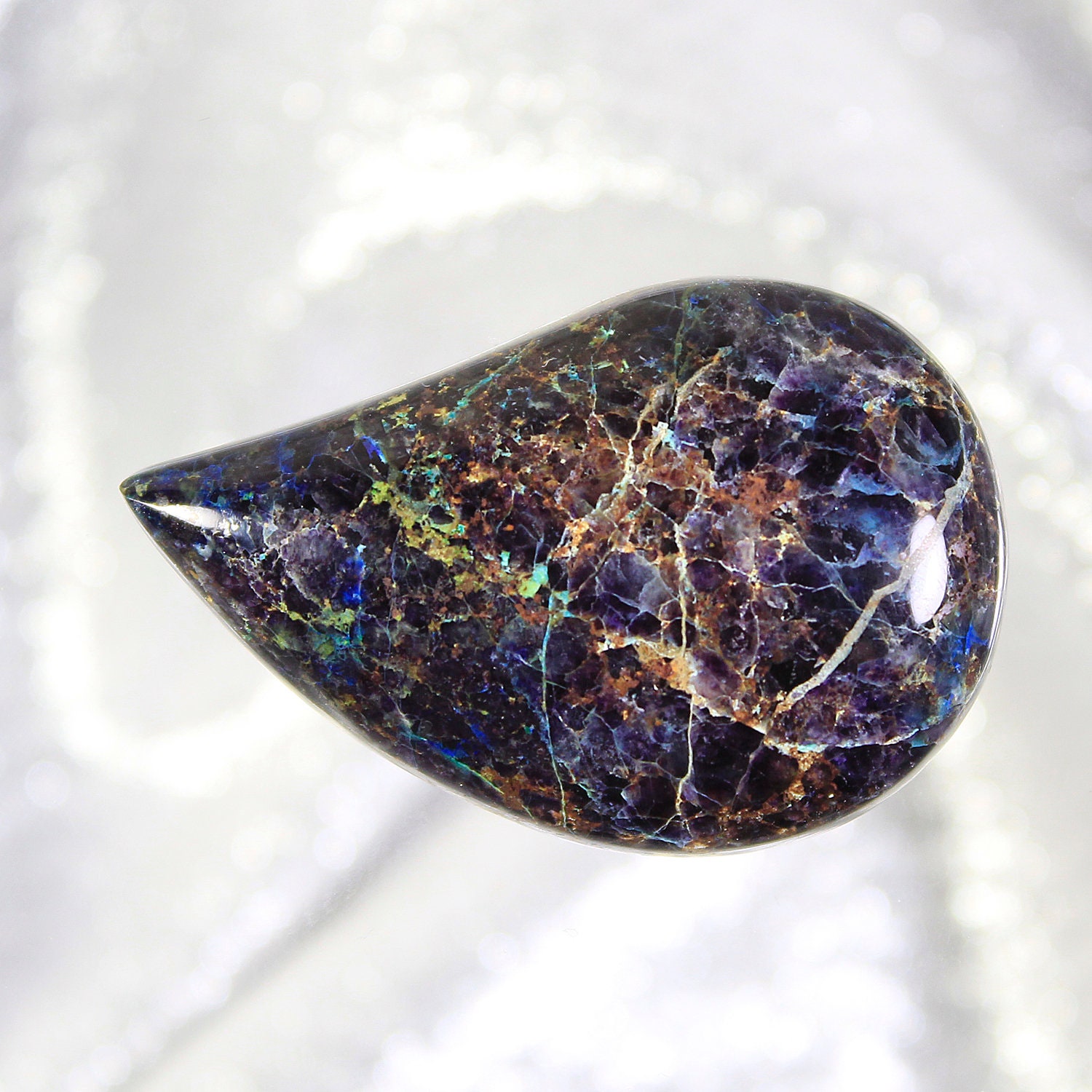 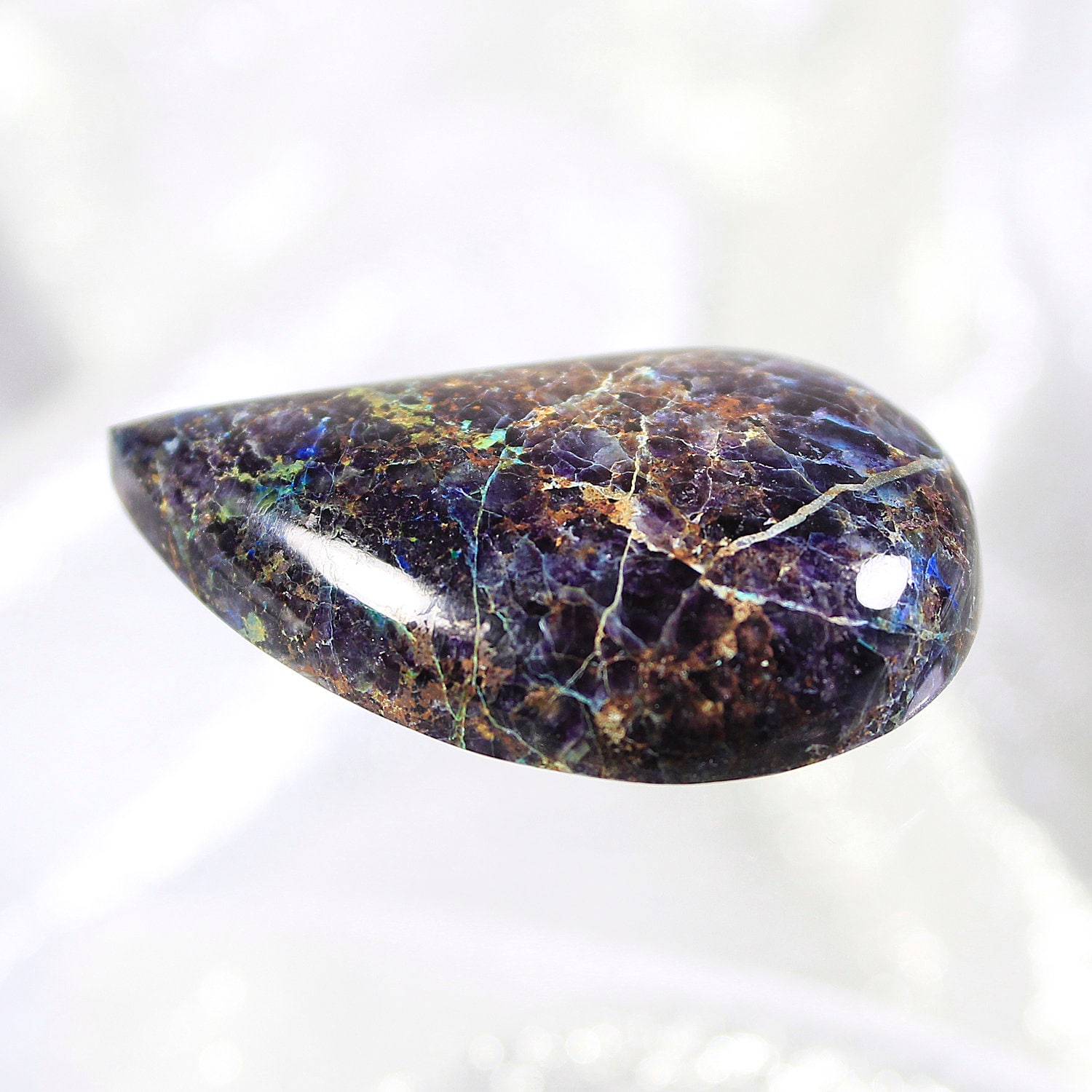 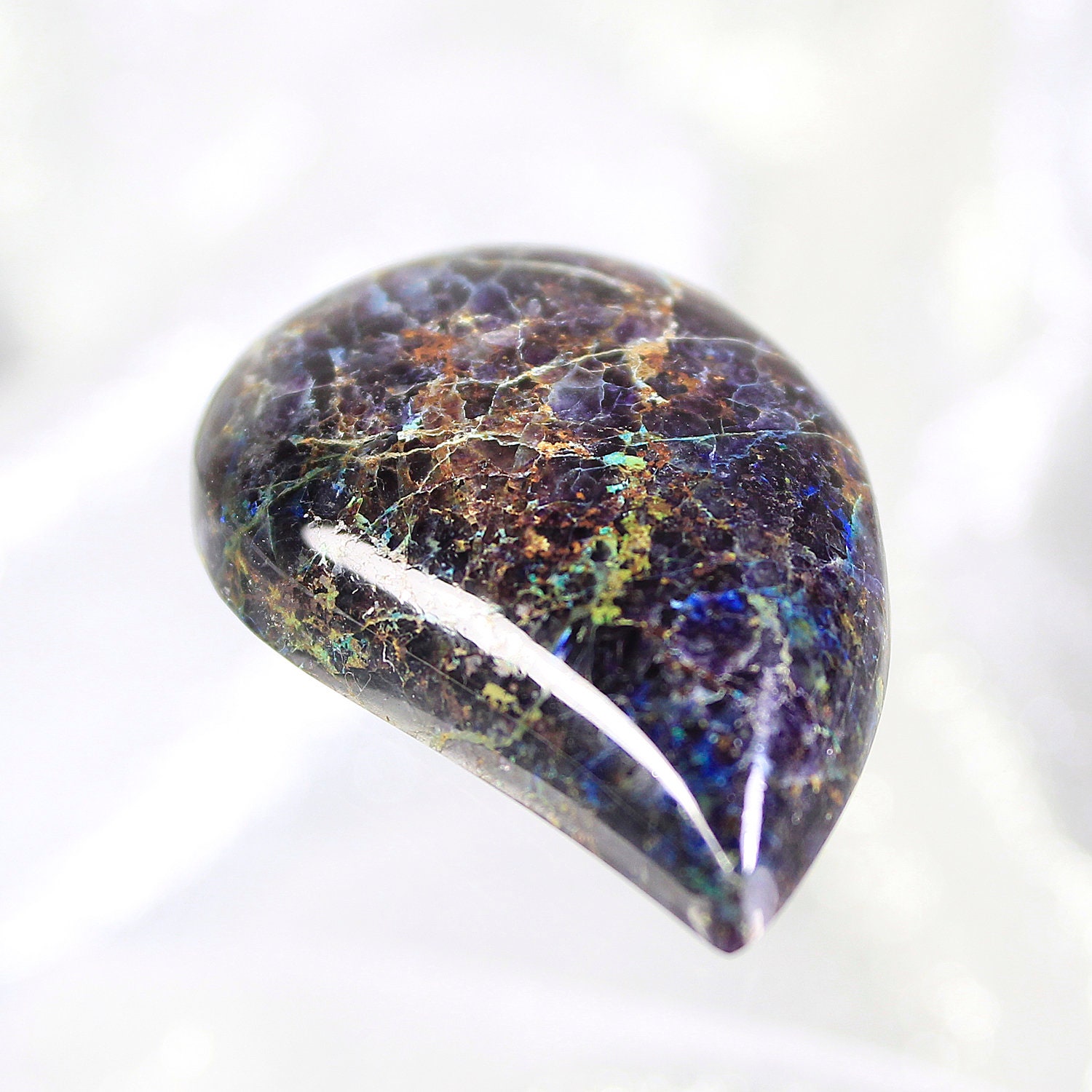 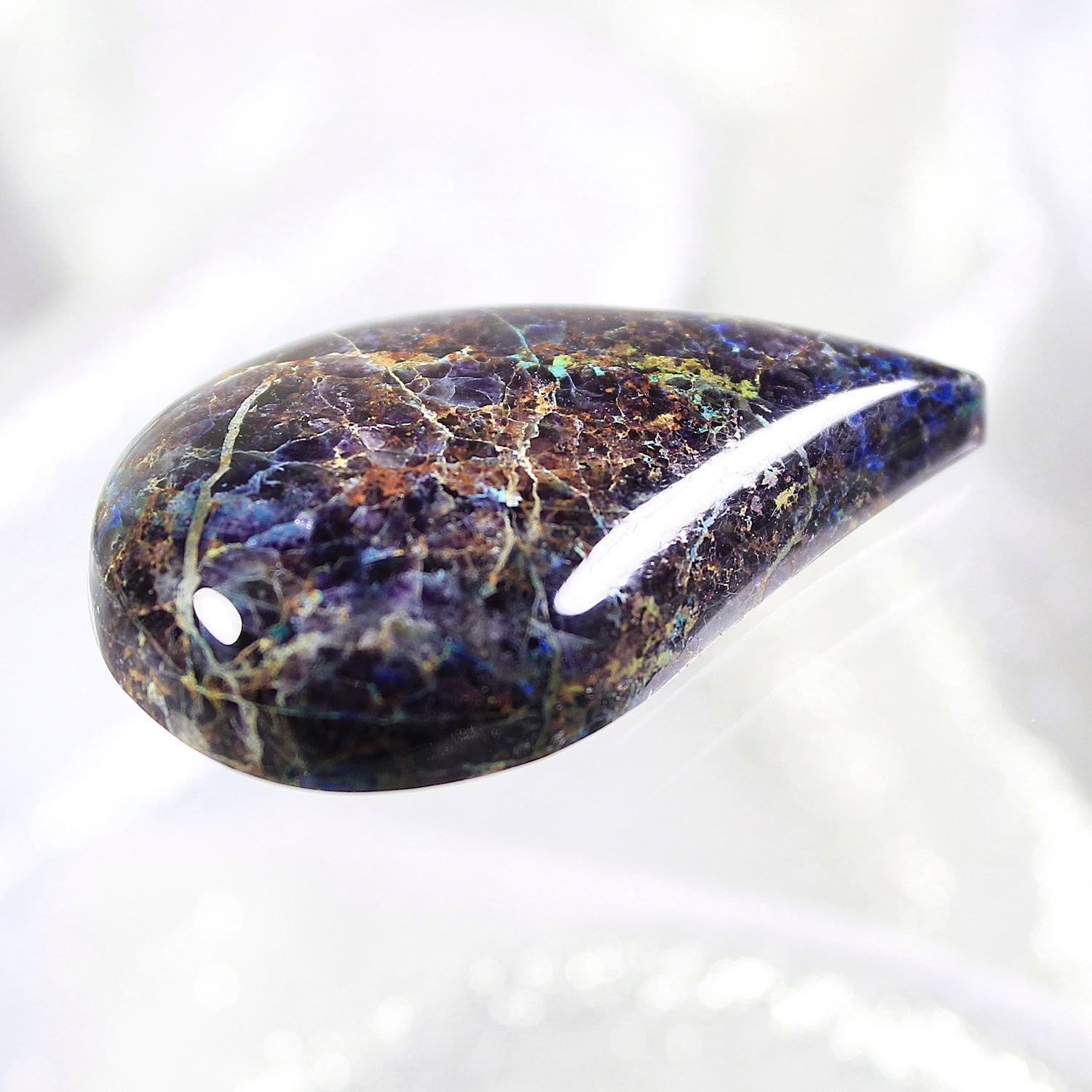 This Large beautiful boldly colored natural Kaleidoscope Prism Stone Stone (a naturally occurring stone from Utah), also incorrectly referred to as "Kaleidoscope Agate", has amazing colors of Deep Concord Grape Purple, Deep Blue, Teal, Green, Yellow and Gold in multiple shades, all presented in a unique highly-domed graceful curved cabochon is a Top Grade sample of this gemstone. Always an attention grabber, Kaleidoscope Prism Stone makes beautiful jewelry, but it must be noted that you should probably use it in jewelry that is not likely to be knocking into hard surfaces or encountering jarring impact. This Top Grade cabochon of Kaleidoscope Prism Stone, with it's amazing colors, will make a beautiful piece of jewelry or would be a great top shelf example of the material for any collector.