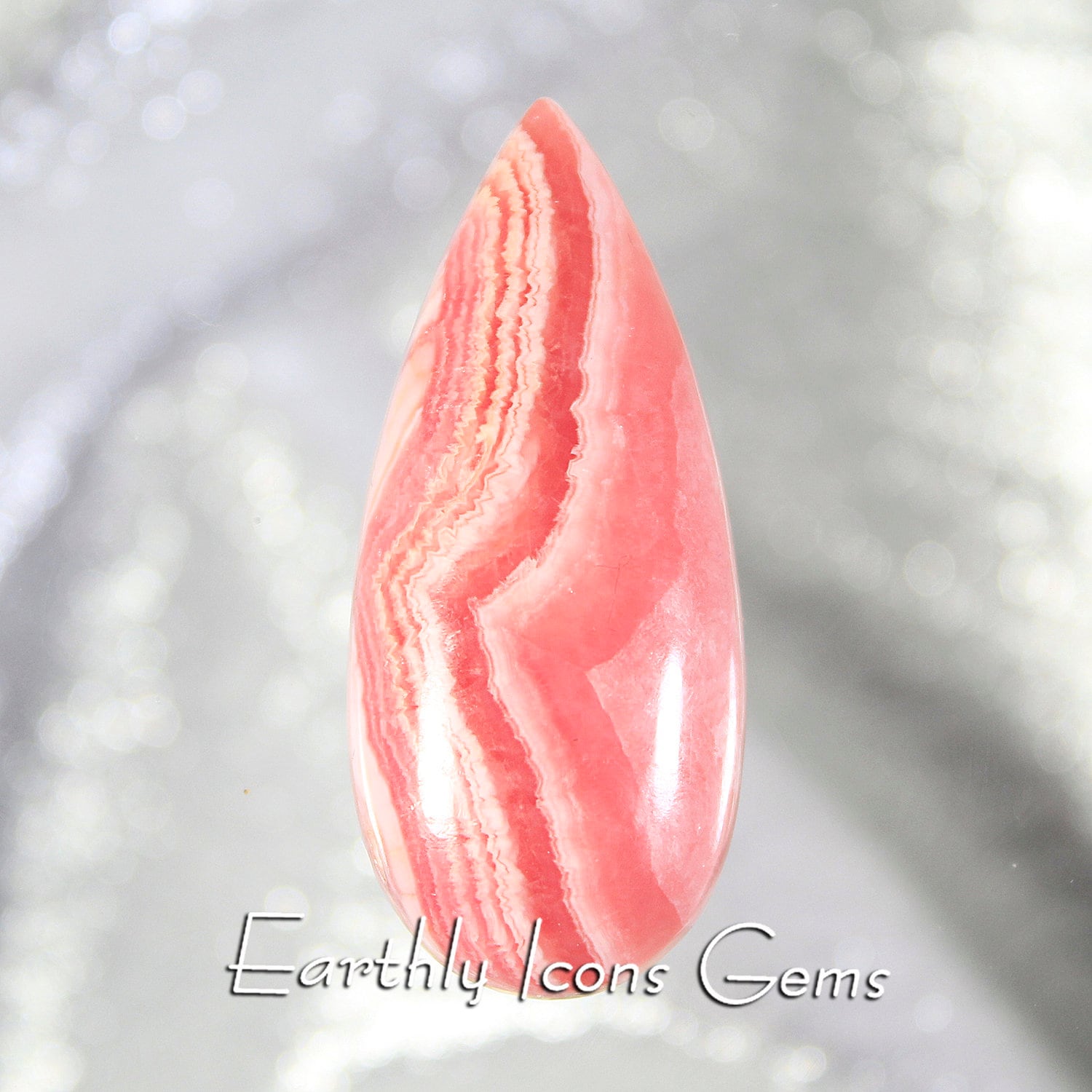 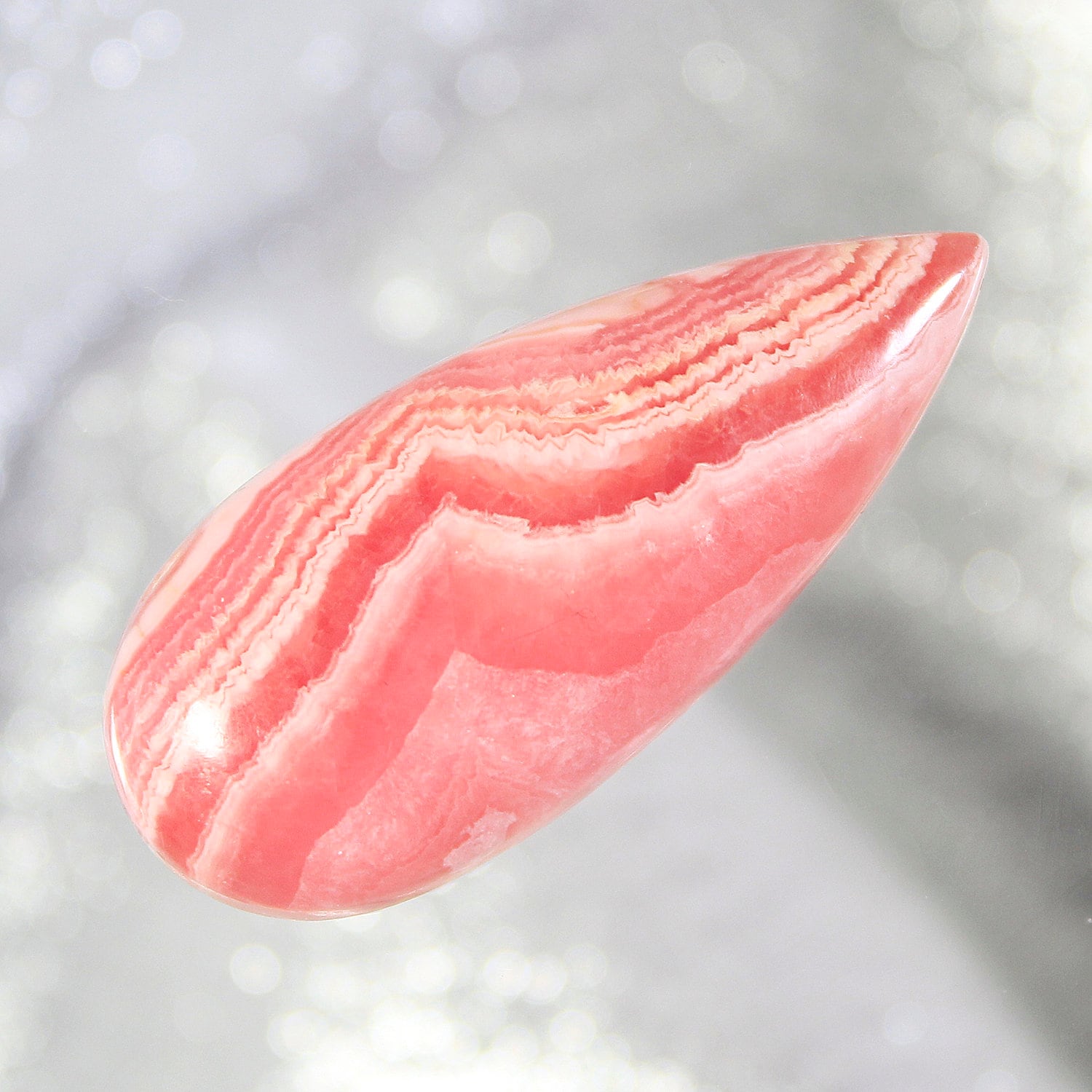 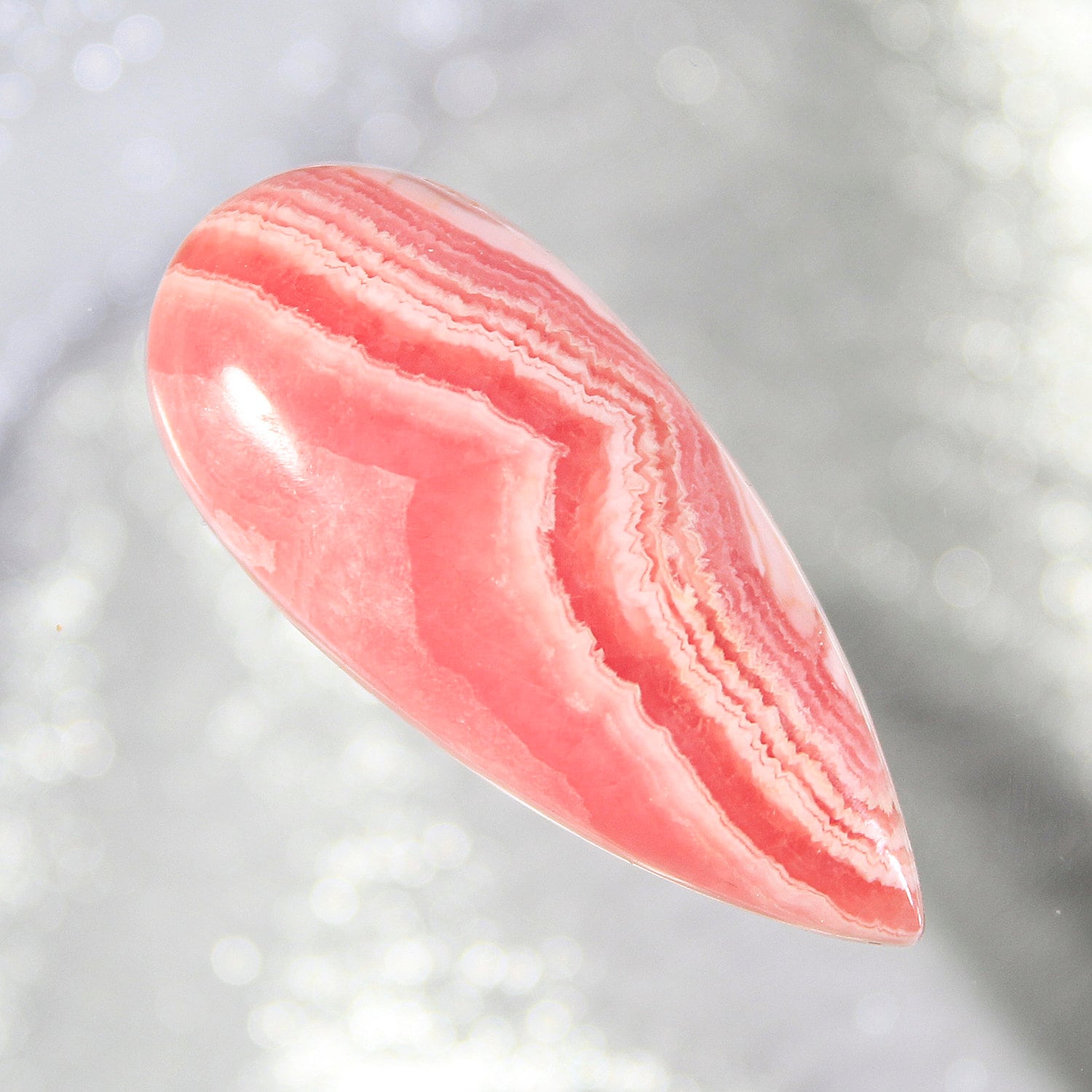 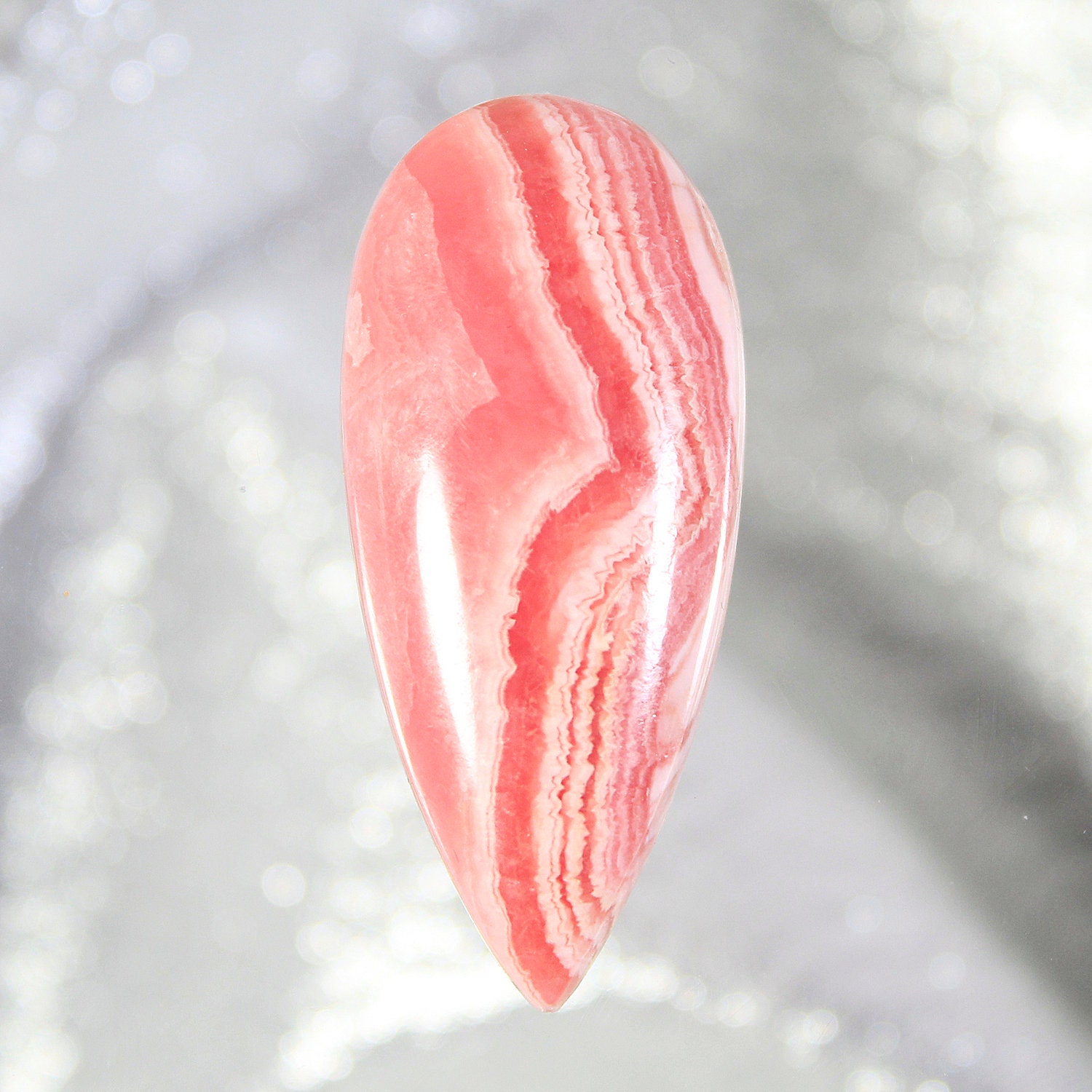 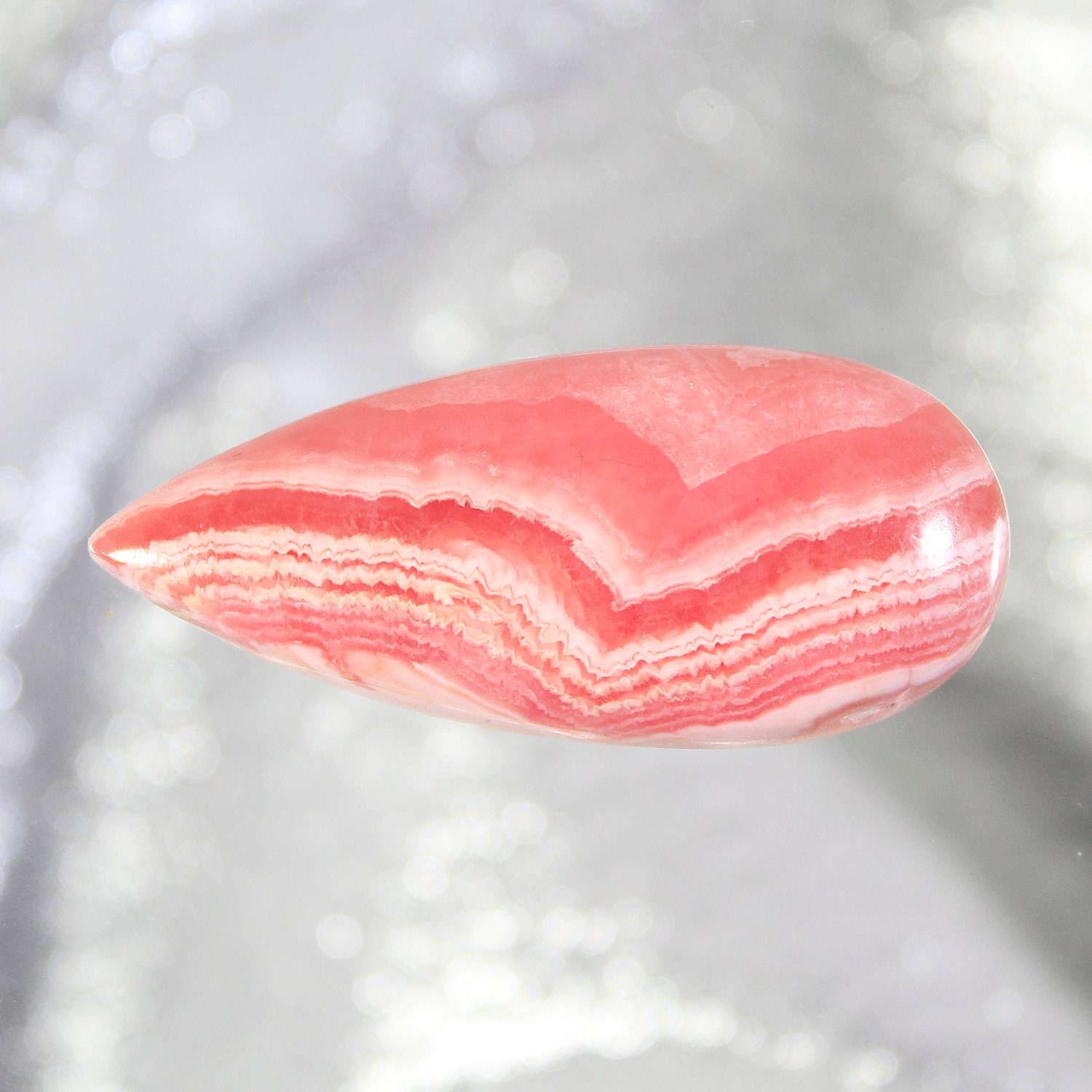 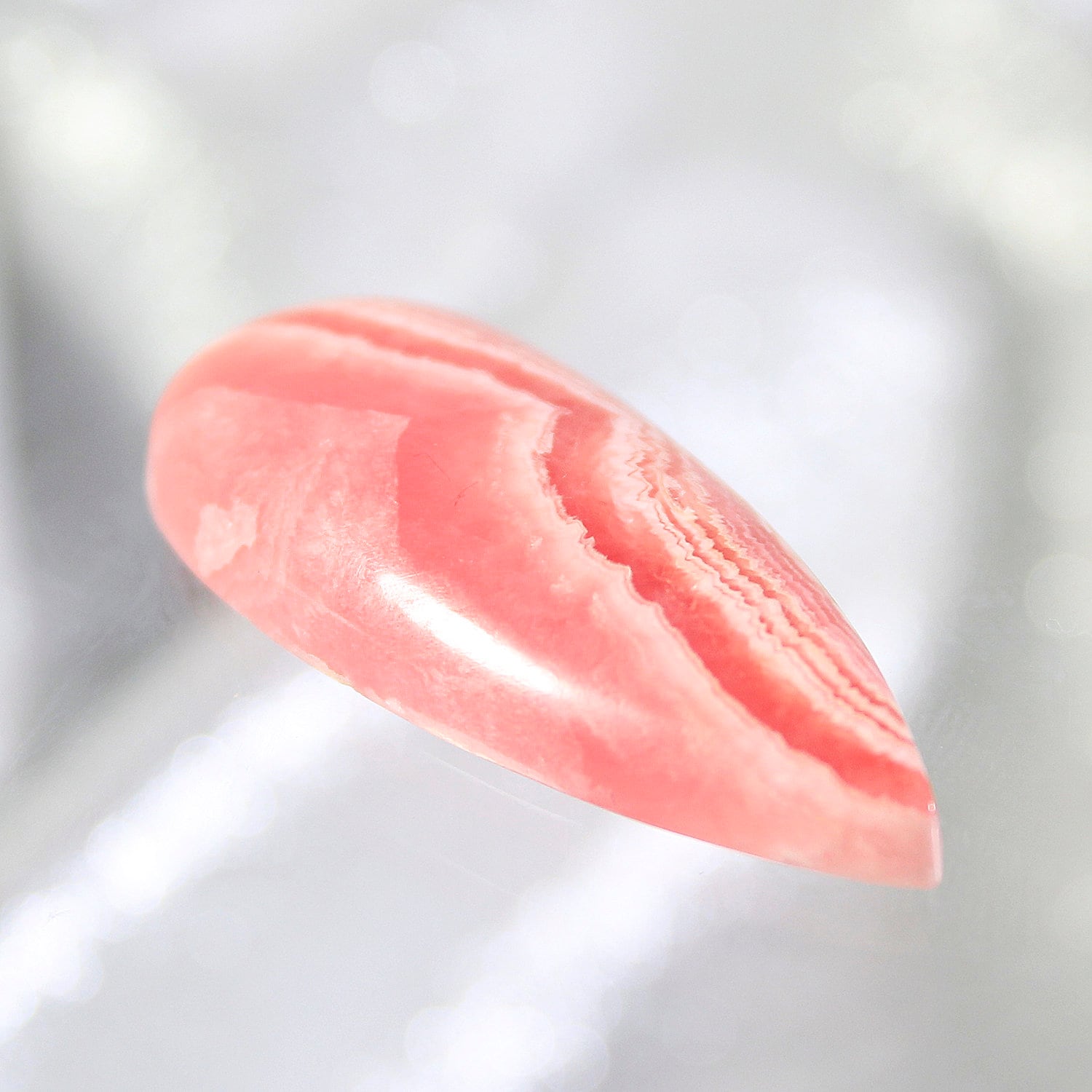 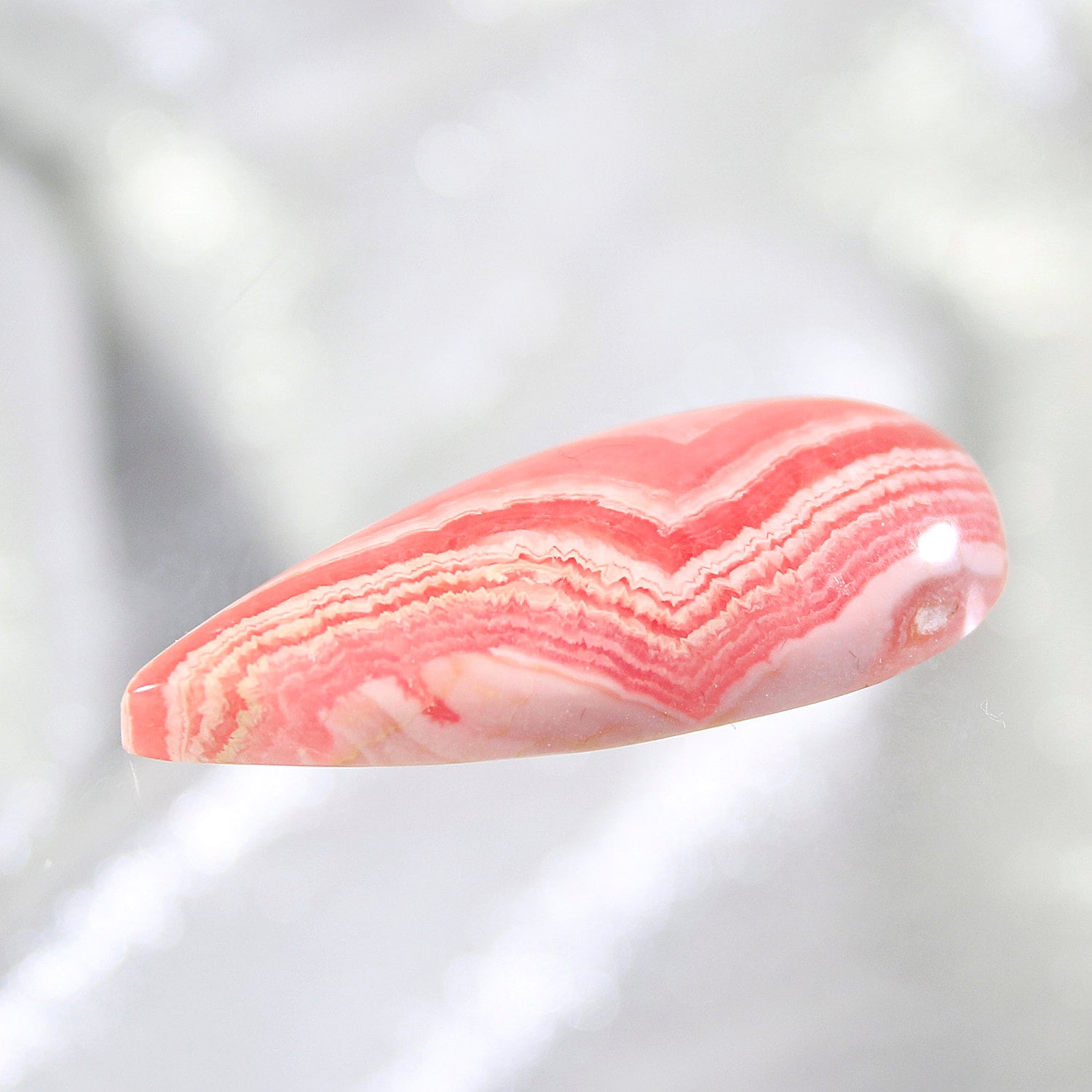 Rich Rosie Pink and White bands counter each other in this large gorgeous natural Rhodochrosite Designer Cabochon. This high-domed cabochon of this highly prized stone is definitely an eye-catching gemmy treasure!

I cut this cab by hand and it's been taken to a high polish both front and back with slightly rounded bottom edges for easy and safe setting.

Rhodochrosite derives its name from the Greek rhodos, meaning rose and khros meaning color. Due to it's one-of-a-kind true pink color, Rhodochrosite is a very popular mineral, though not found in great abundance. The color of a single crystal can just astound the observer with its vivid pink-rose color that seems to be transmitted out of the crystal as if lit from within. It is most often found with light to dark stripes with zigzag bands. While Raspberry red and rose pink are the most common colors, it can also be lighter pink to slightly orange shades. The most important deposits are in Argentina. The rhodochrosite has formed in stalagmites in the silver mines of the Incas since they were abandoned in the 13th century. Other deposits are in Chile, Mexico, Peru, South Africa, and the U.S. In 2002, Rhodochrosite was designated as the state mineral of Colorado.

Metaphysical properties of Rhodochrosite include: healing, comfort, harmony, amity and friendship. Promotes smooth energy flow, emotional expressiveness, kindness, tolerance, compassion and self-love. Helps us live our spiritual beliefs. It facilitates balancing of the mental process such that the attunement to the higher-self can be attained, and ones awareness and spirituality can be enhanced.