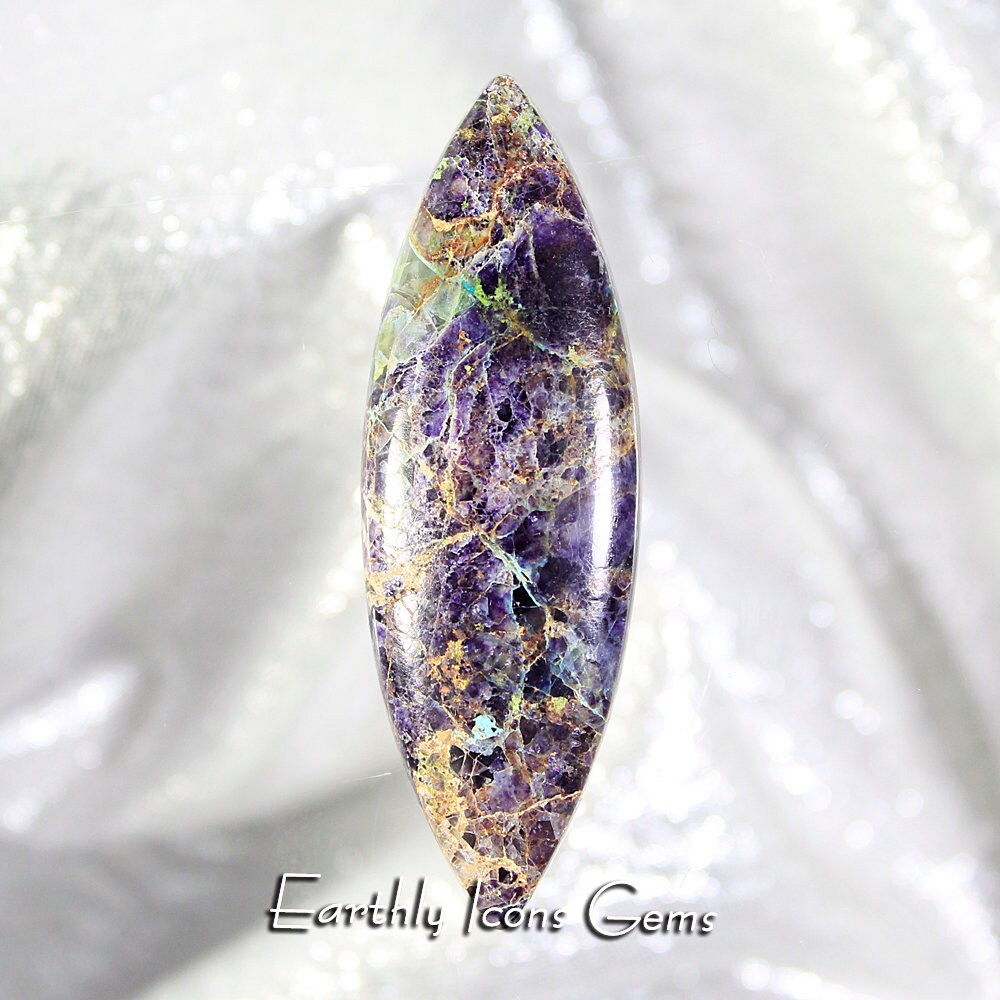 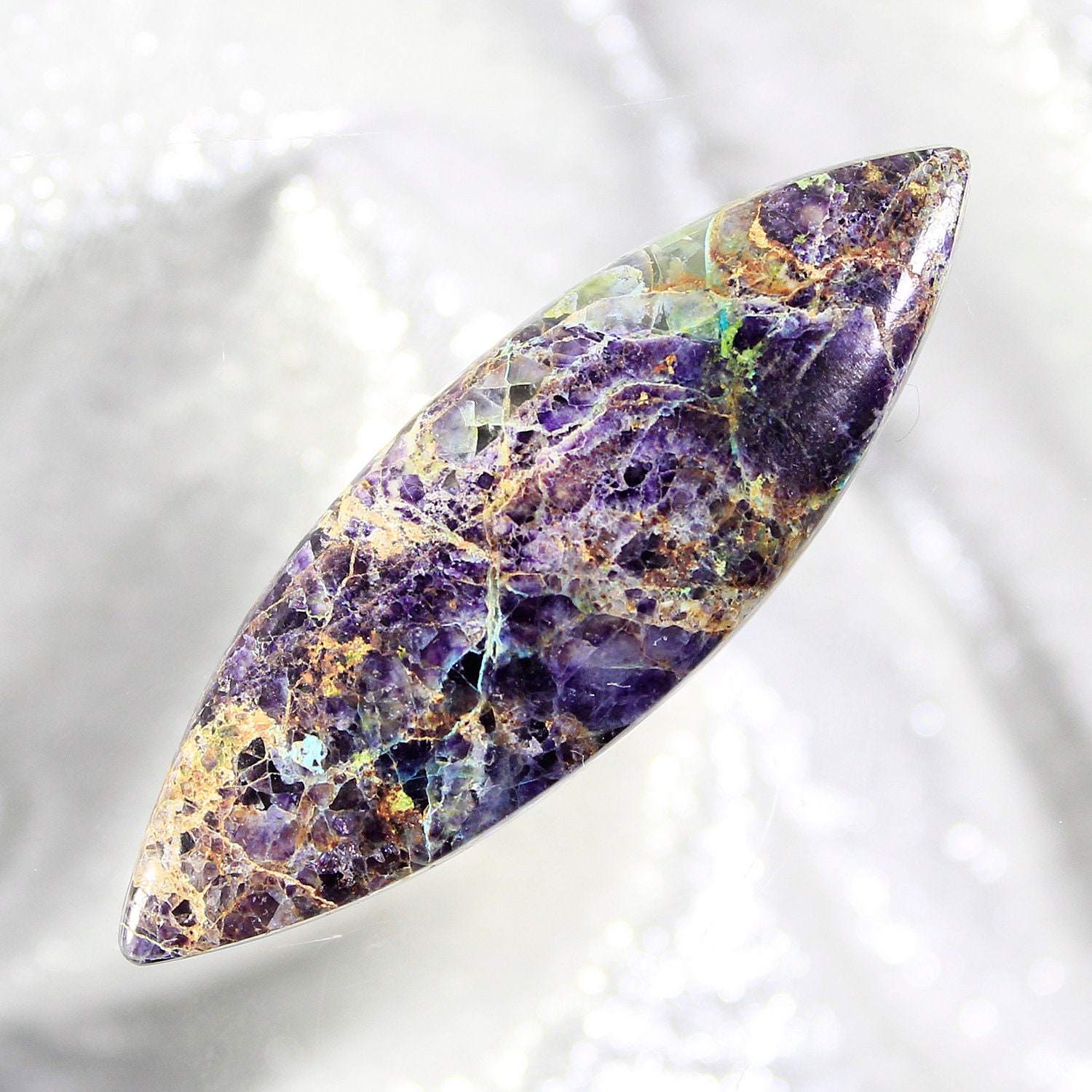 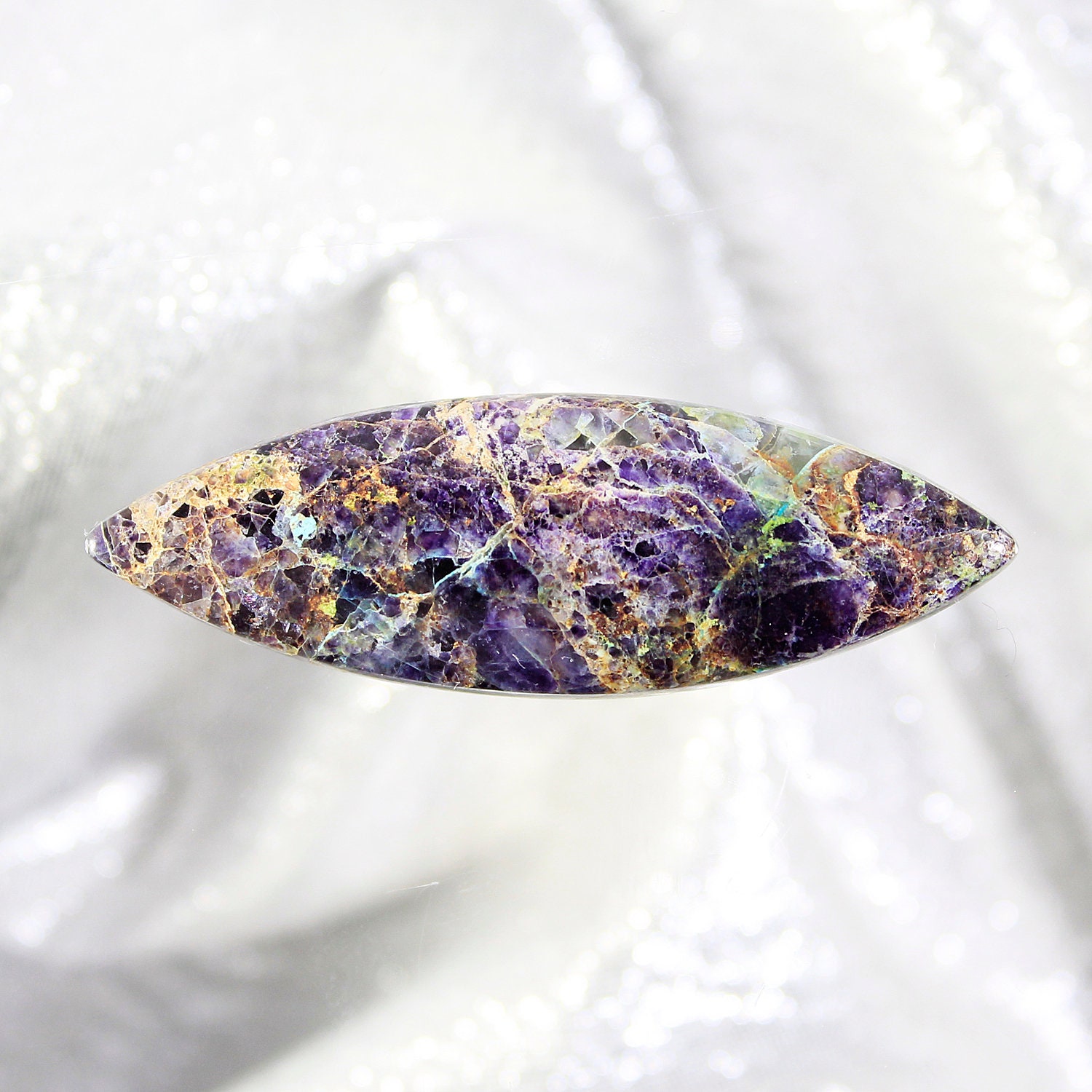 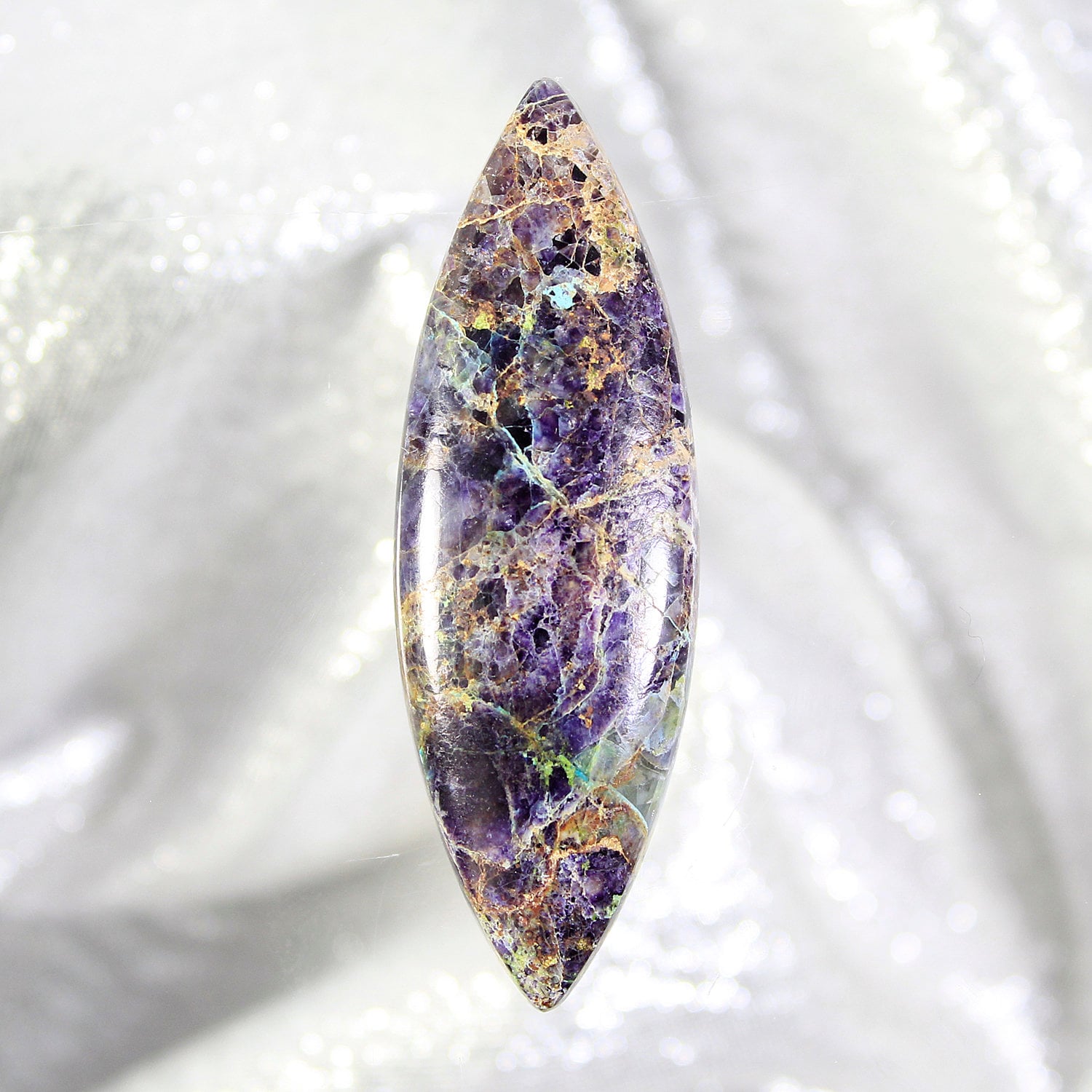 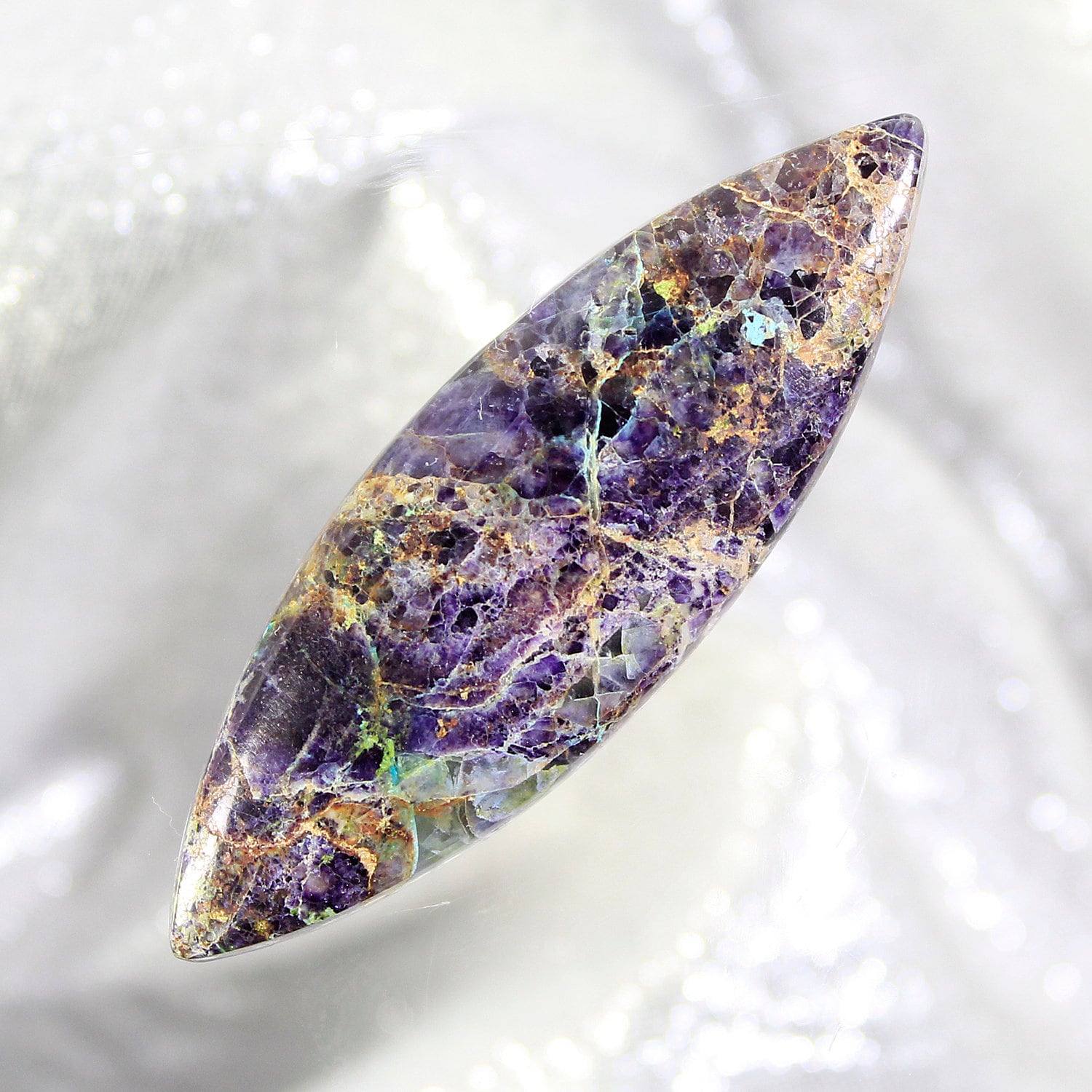 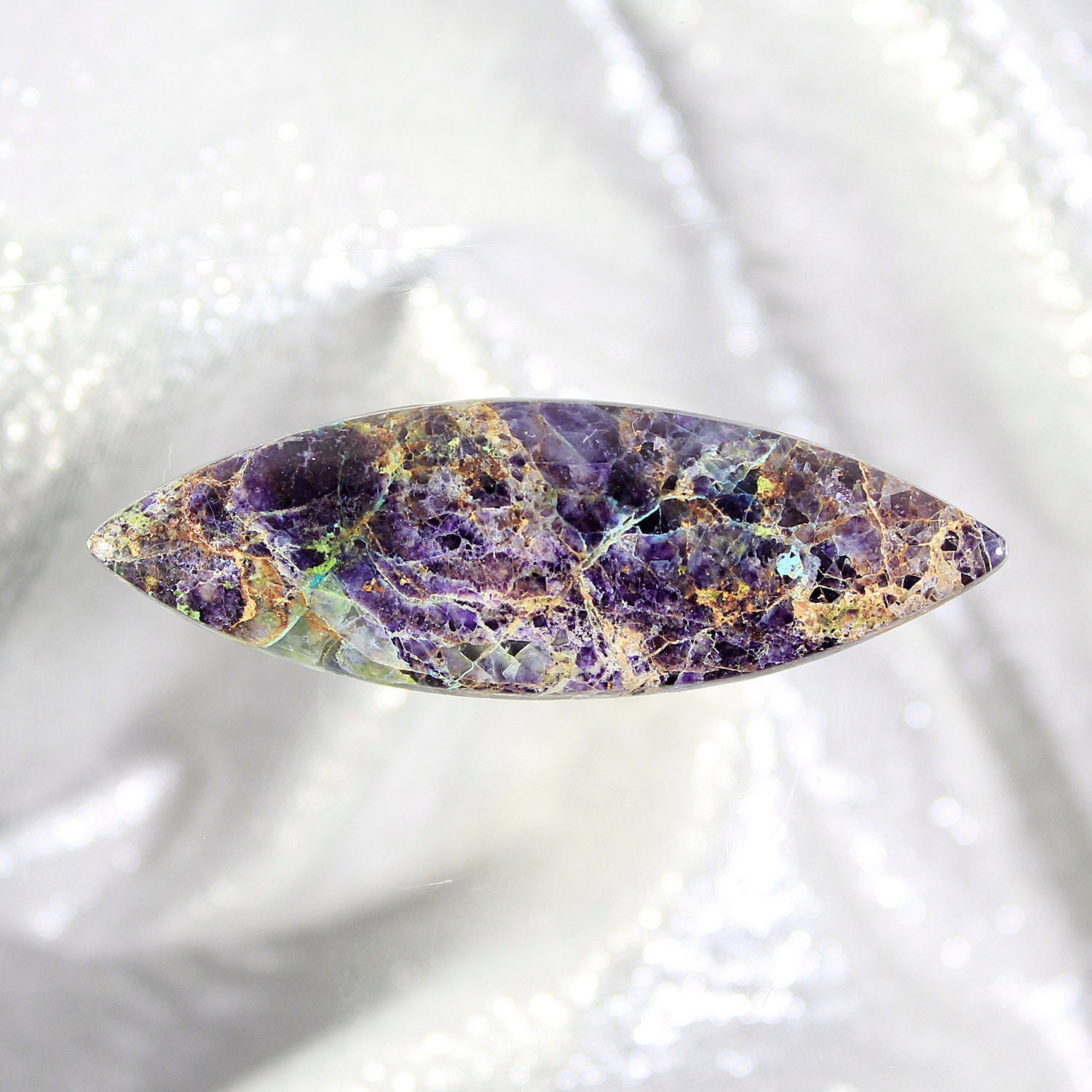 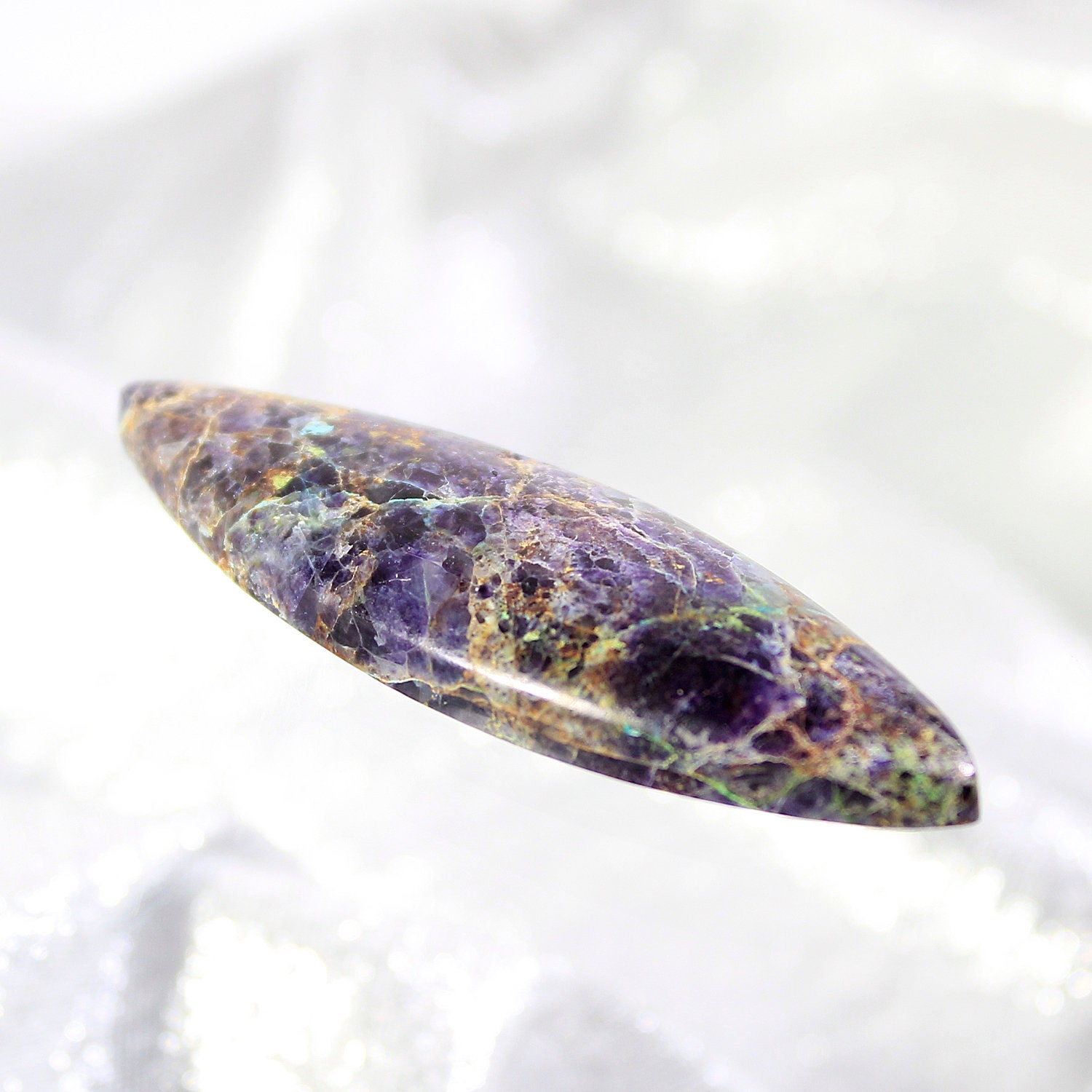 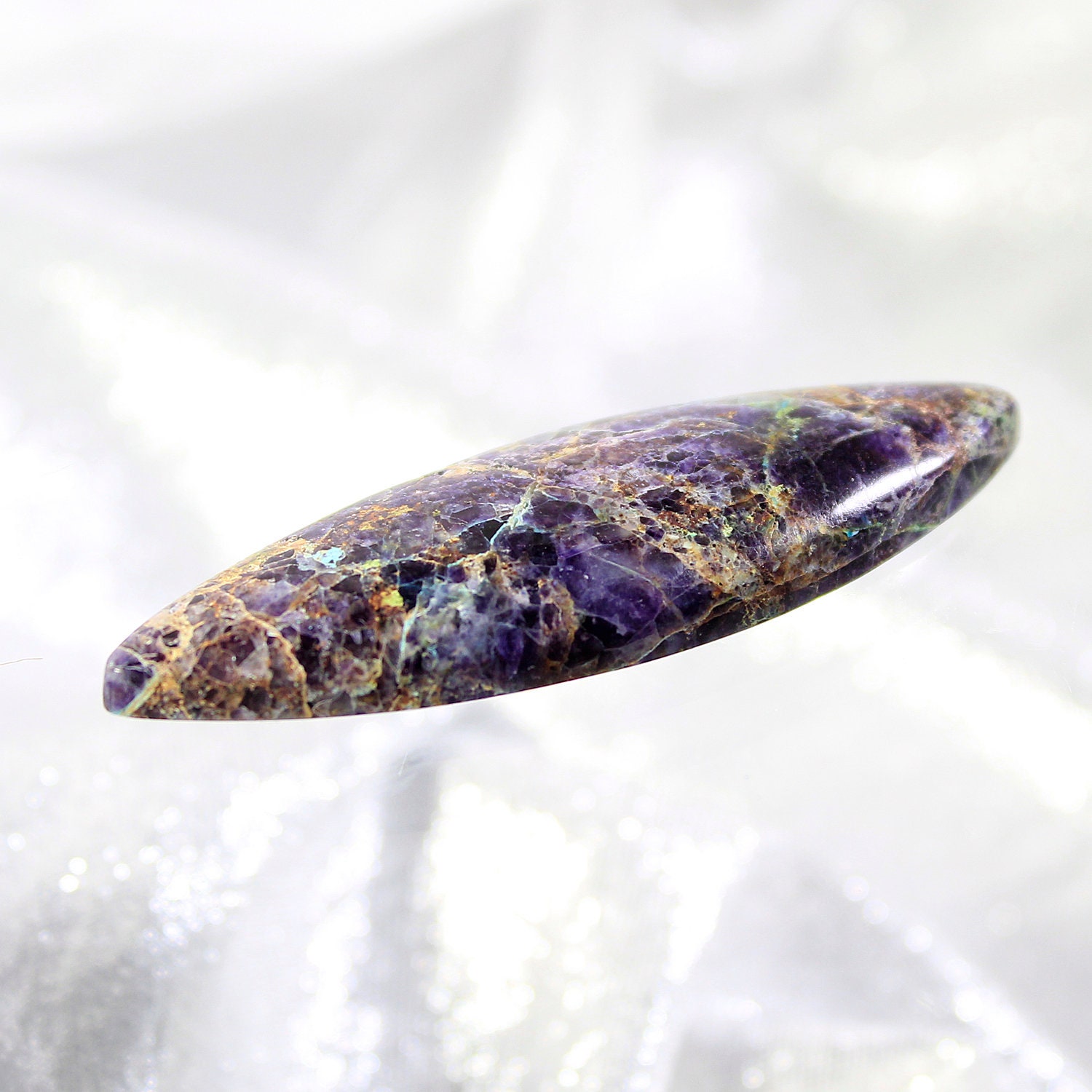 This stunning natural Top Grade Kaleidoscope Prism Stone (a naturally occurring stone from Utah), also incorrectly referred to as "Kaleidoscope Agate", has gorgeous colors of deep purple, blue, green and gold in multiple shades. Kaleidoscope Prism Stone is a mix of multiple materials in prismatic forms, which can include Malachite, Chrysocolla, Flourite, Amethyst, Agate and other trace minerals like Cuprite. Always an attention grabber, it makes beautiful jewelry, but it must be noted that you should probably use it in jewelry that is not likely to be knocking into hard surfaces or encountering jarring impact. This stone, with it's great eye appeal and variety of color, will make a truly beautiful Stand-Out one-of-a-kind piece of jewelry.

Words like "beautiful" and "gorgeous" do not do enough justice to the intricate coloration and expert craftsmanship in this piece. The quality of the stone is really allowed to shine.