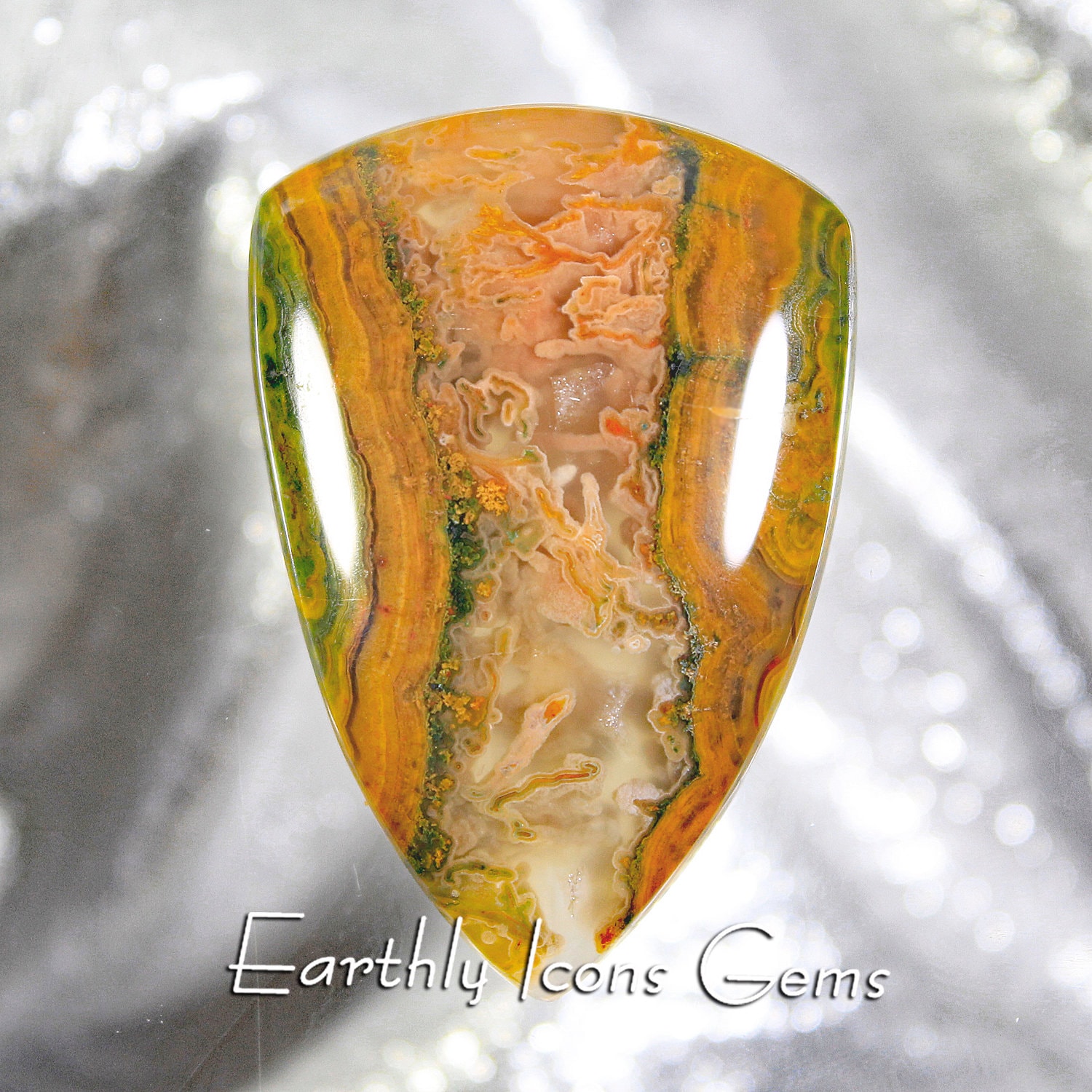 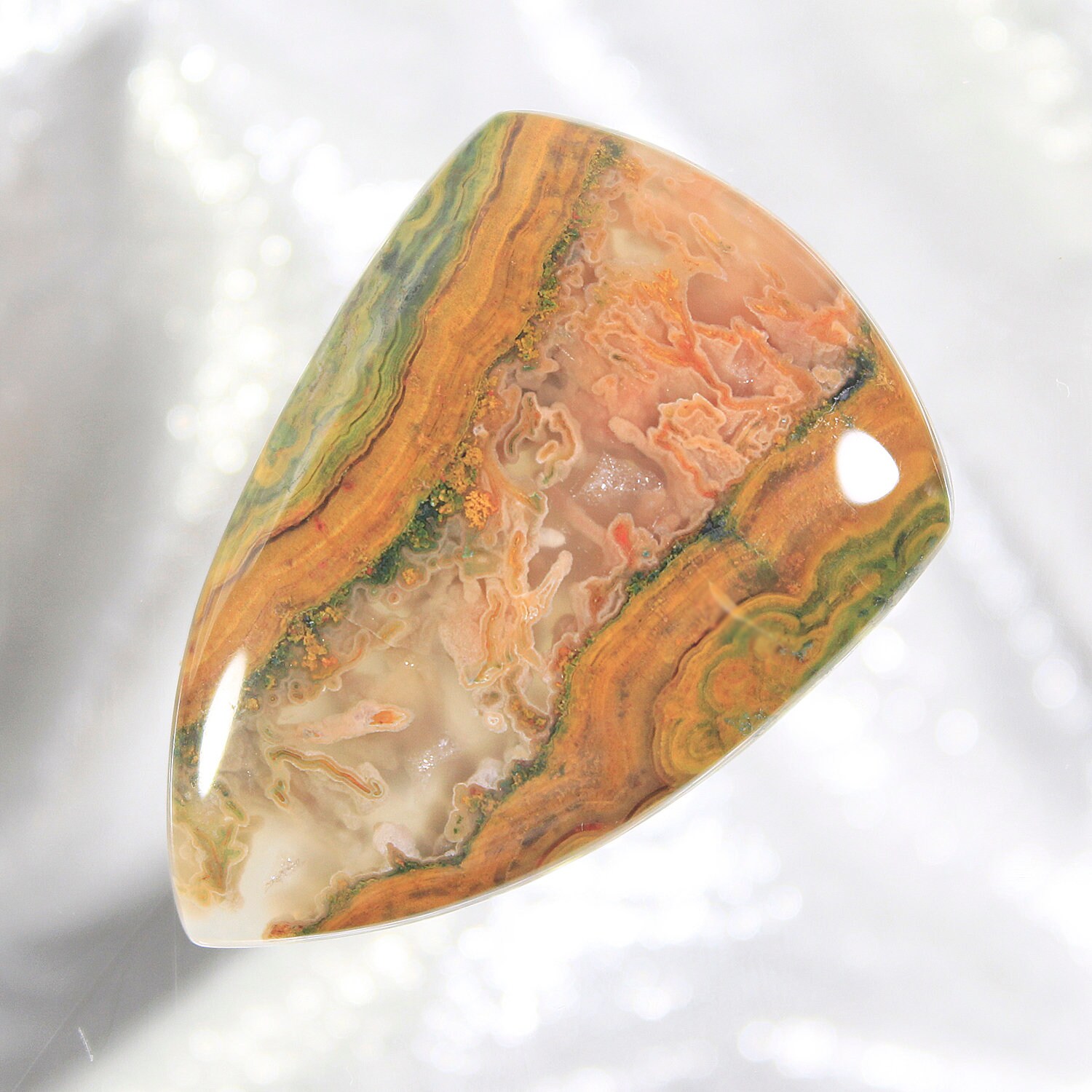 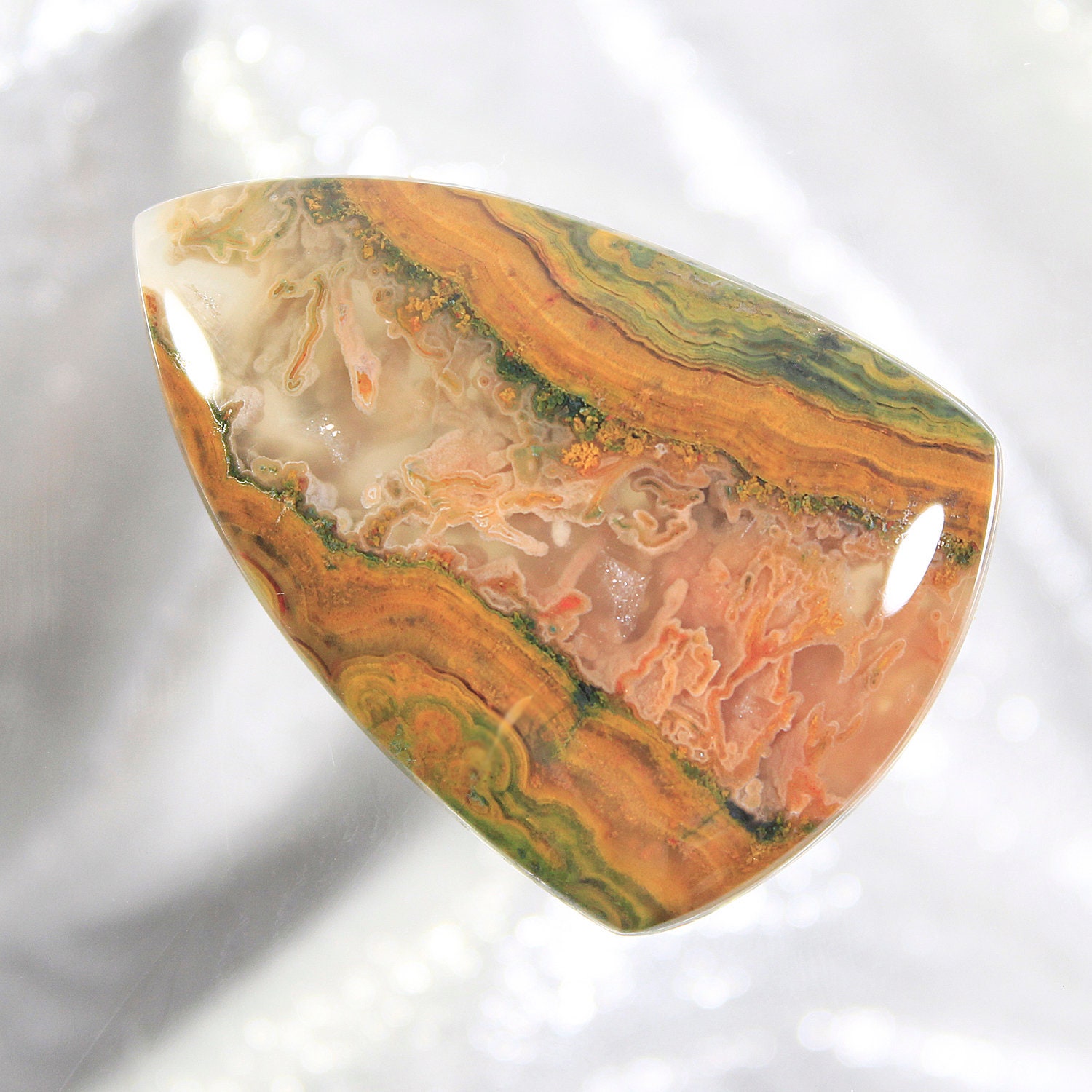 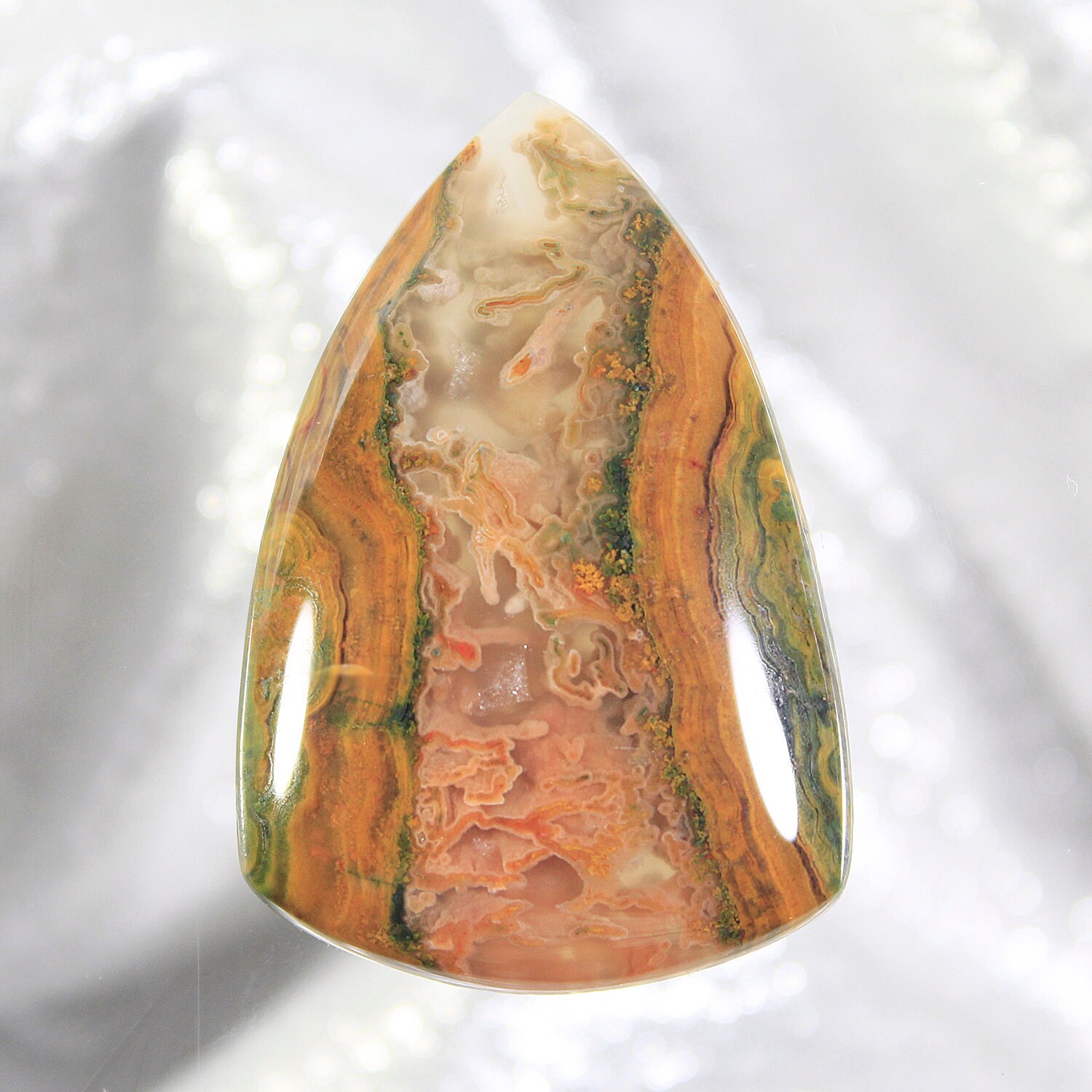 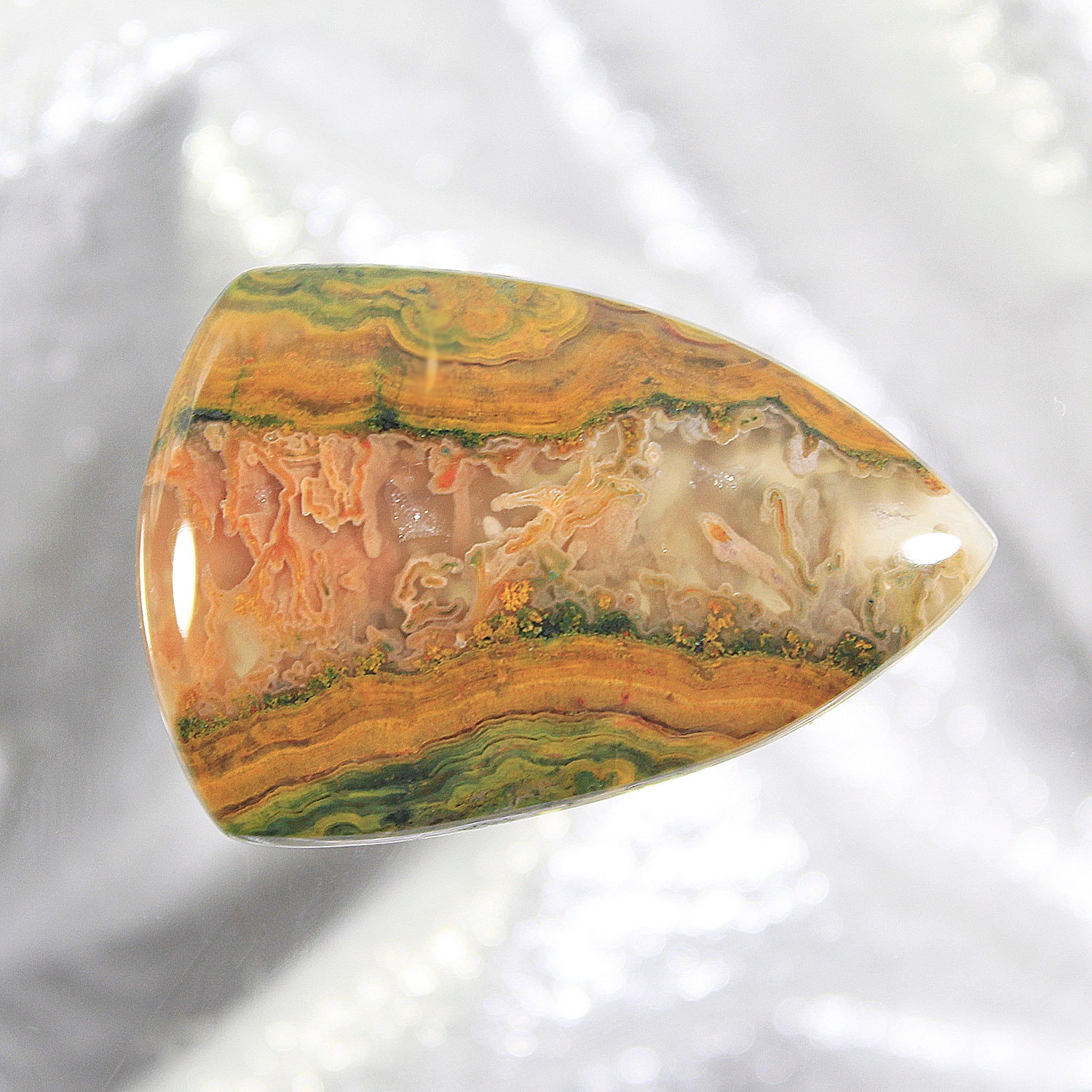 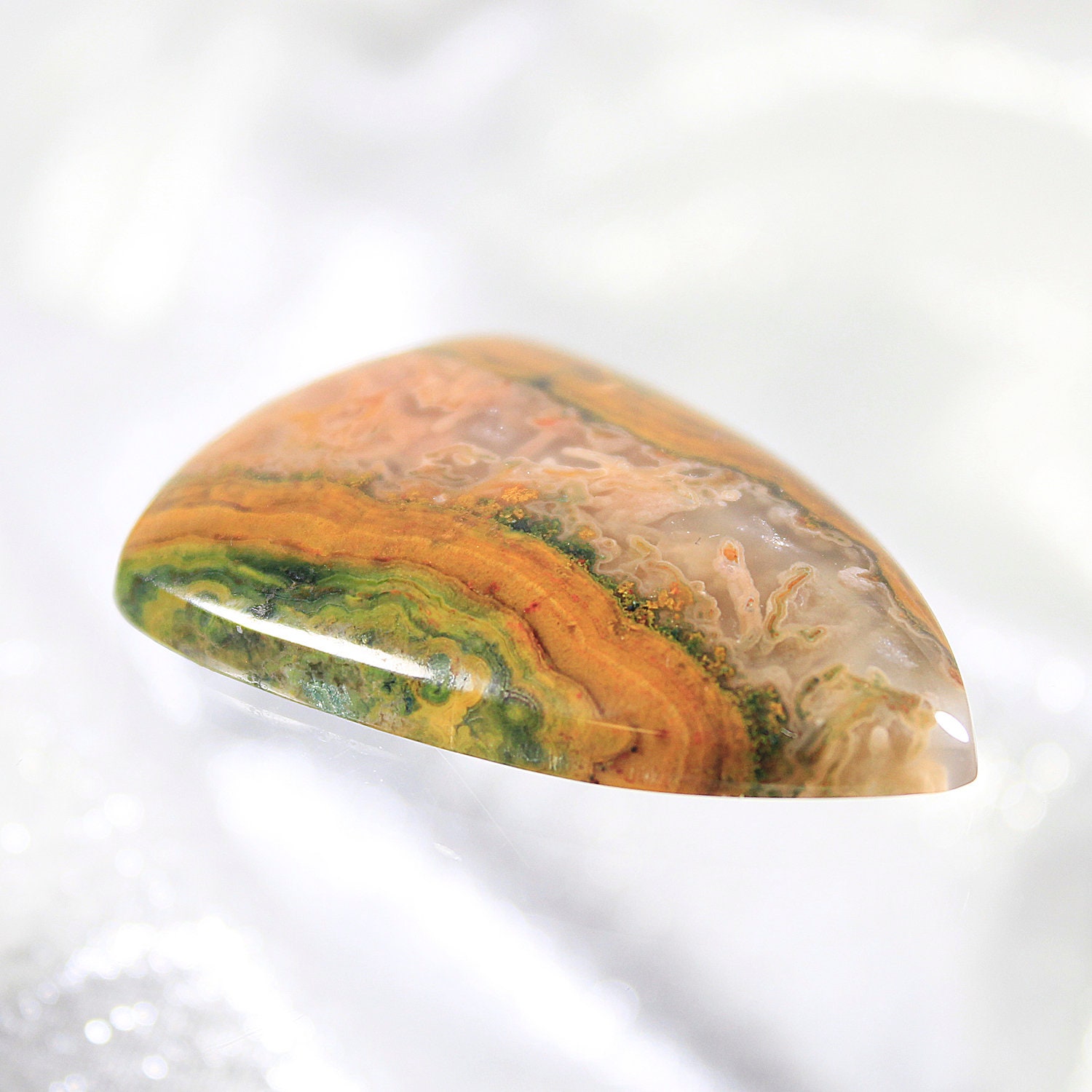 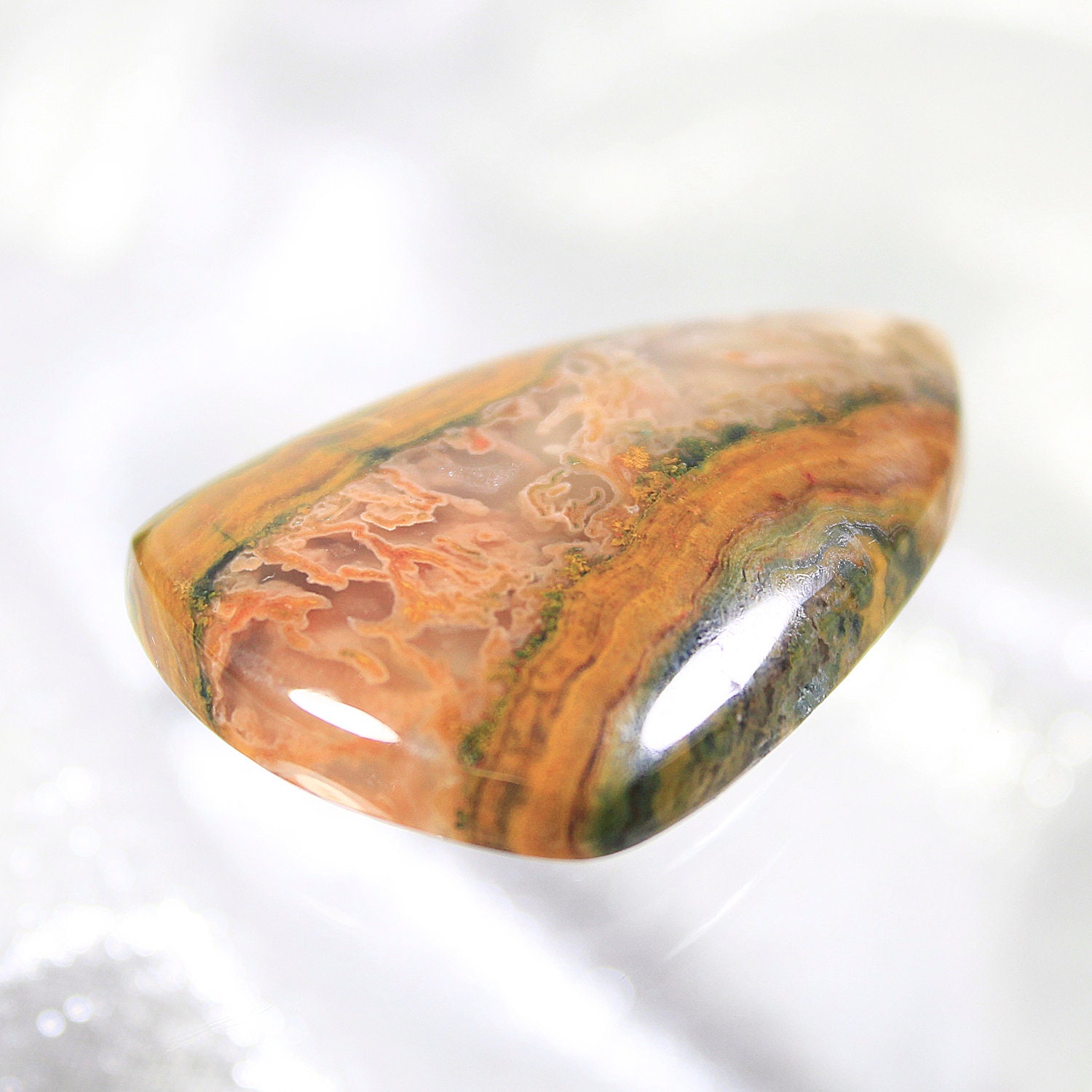 This rare agate comes from Kardzhali - Bulgaria. In 2004 the Agate exhibition in Munich found that Orpheus agate is unique in the world. Named after the ancient legendary Greek musical hero who frolicked in the area where the deposit is located. This unusual and rare stone from Bulgaria can be comprised of many layers of beautiful green Seladonite and golden yellow/brown jasper with some pockets of clear agate, with, on rare occasions, beautiful plumes within the clear agate.