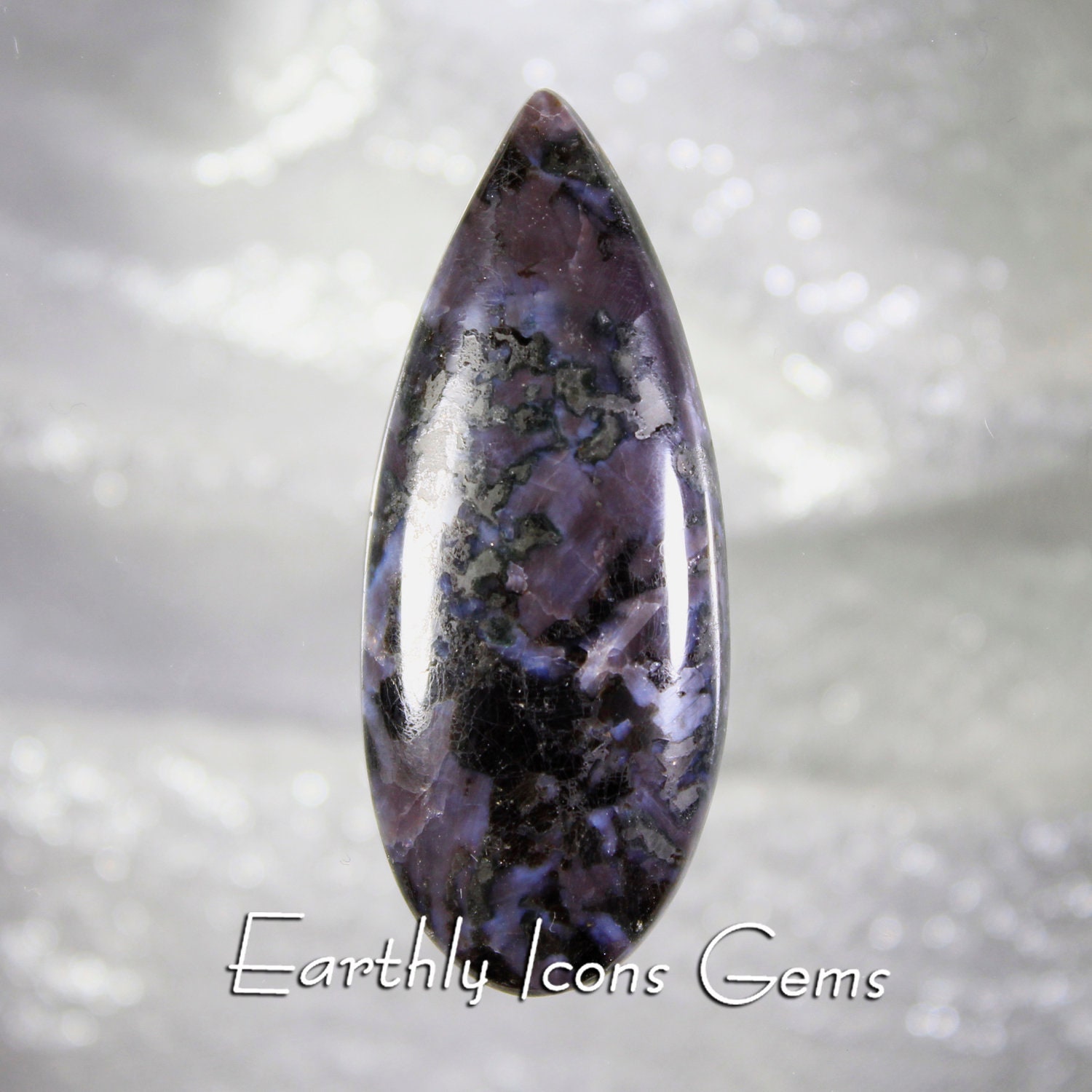 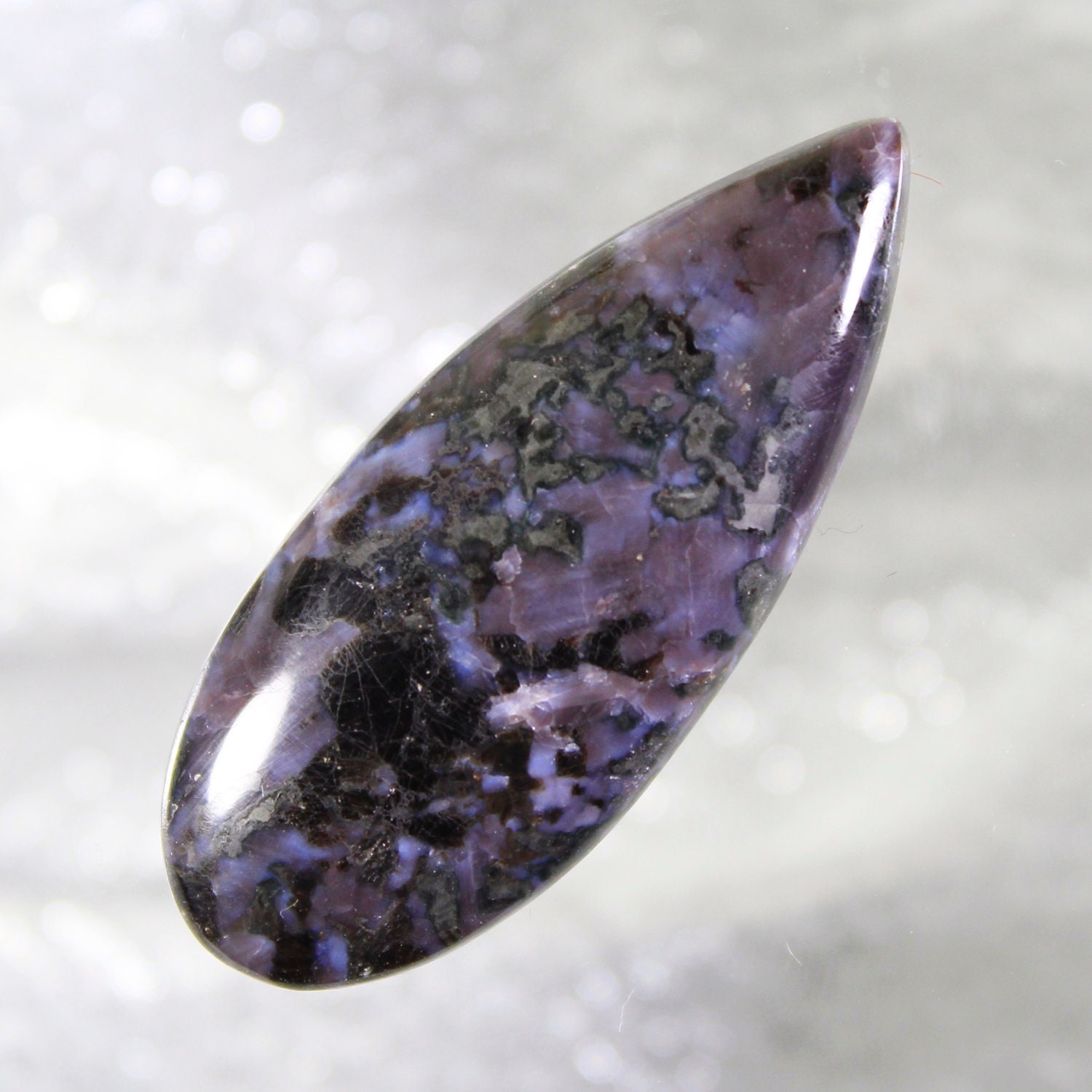 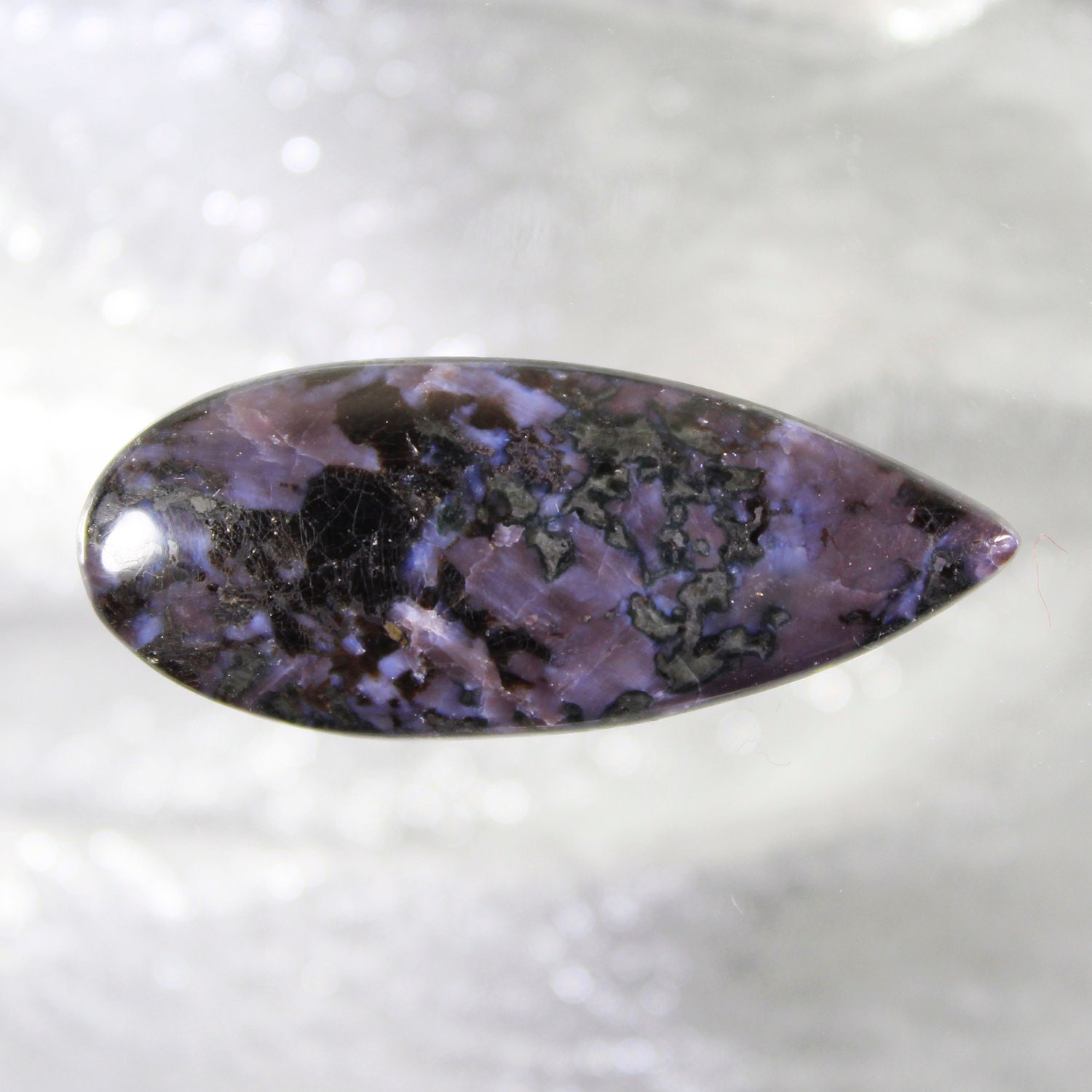 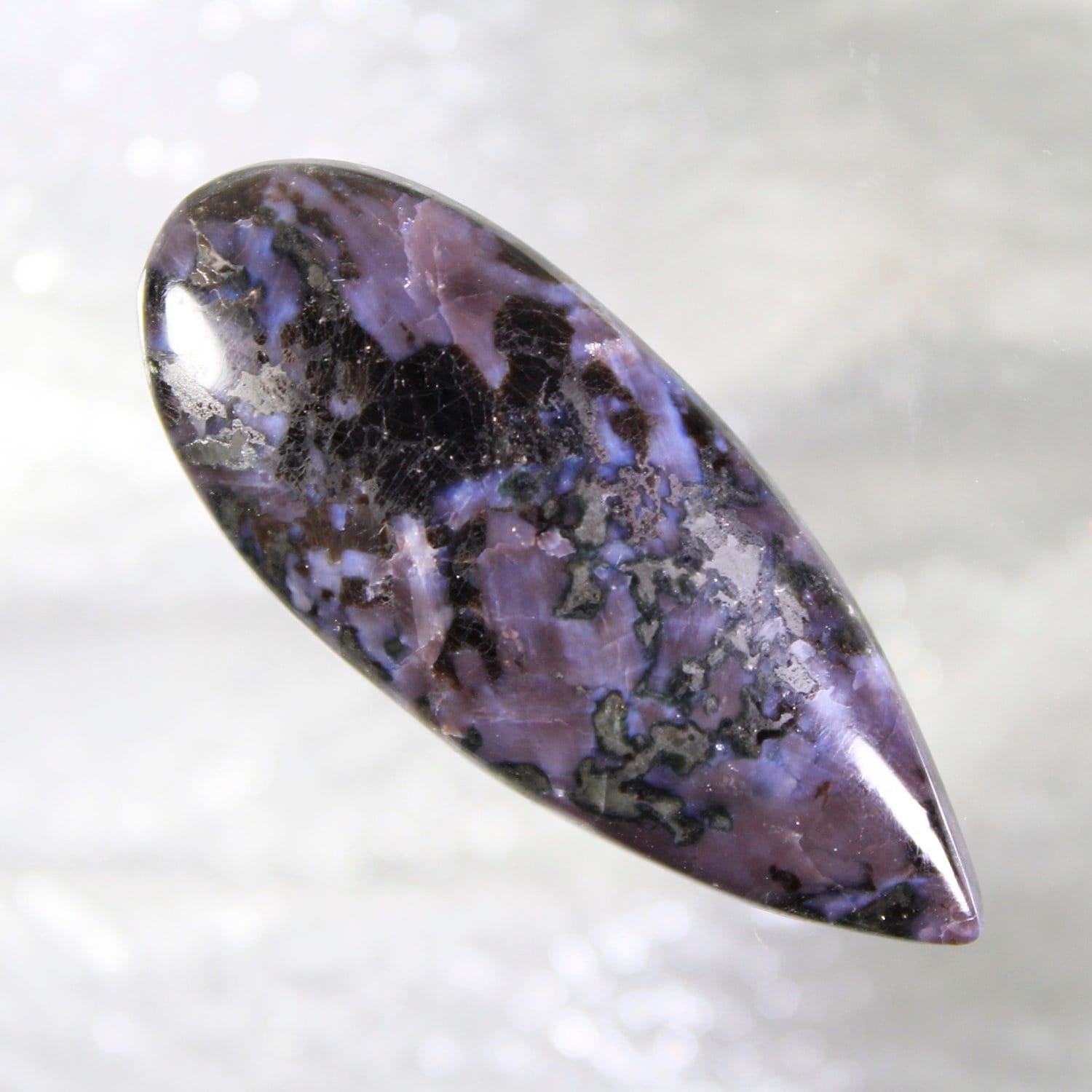 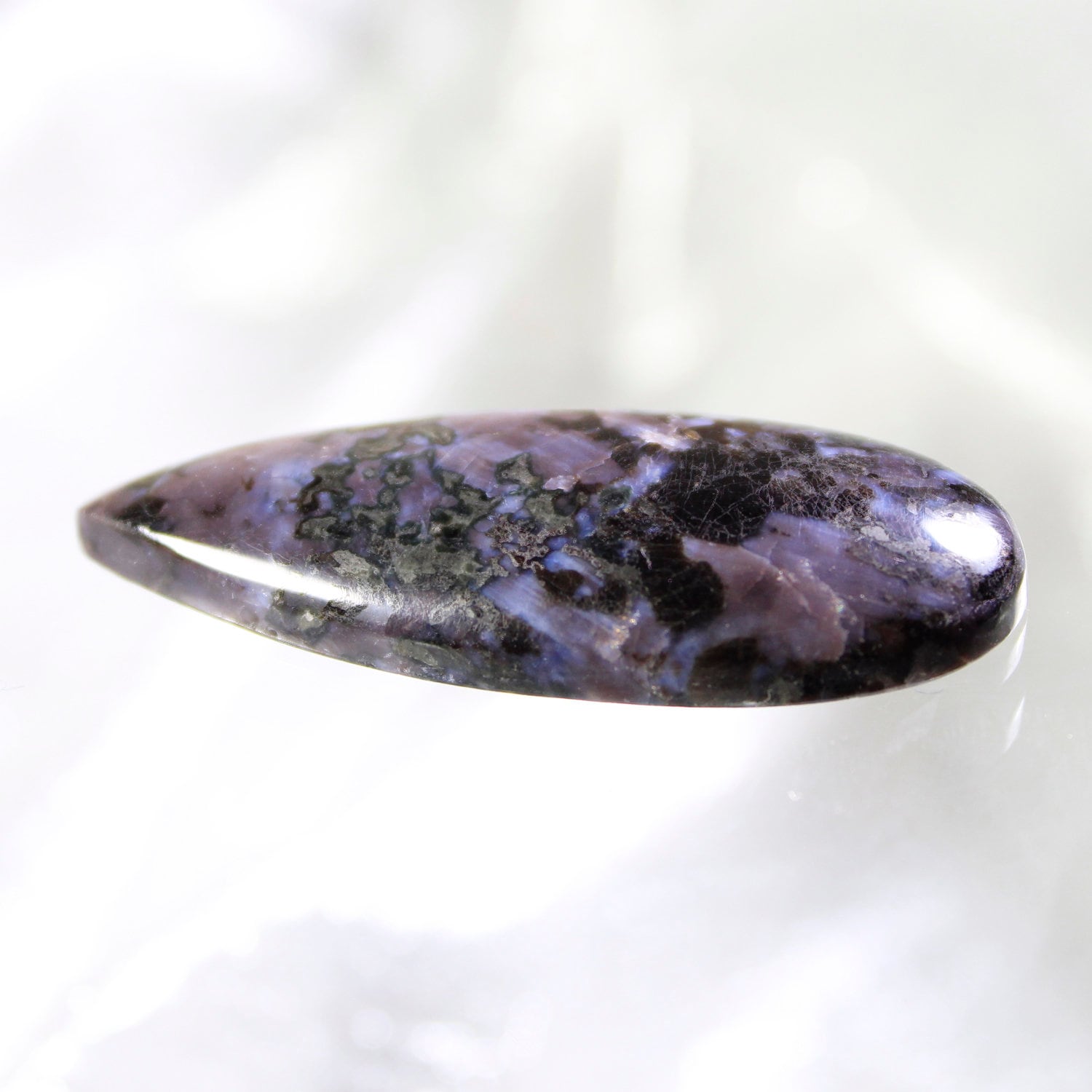 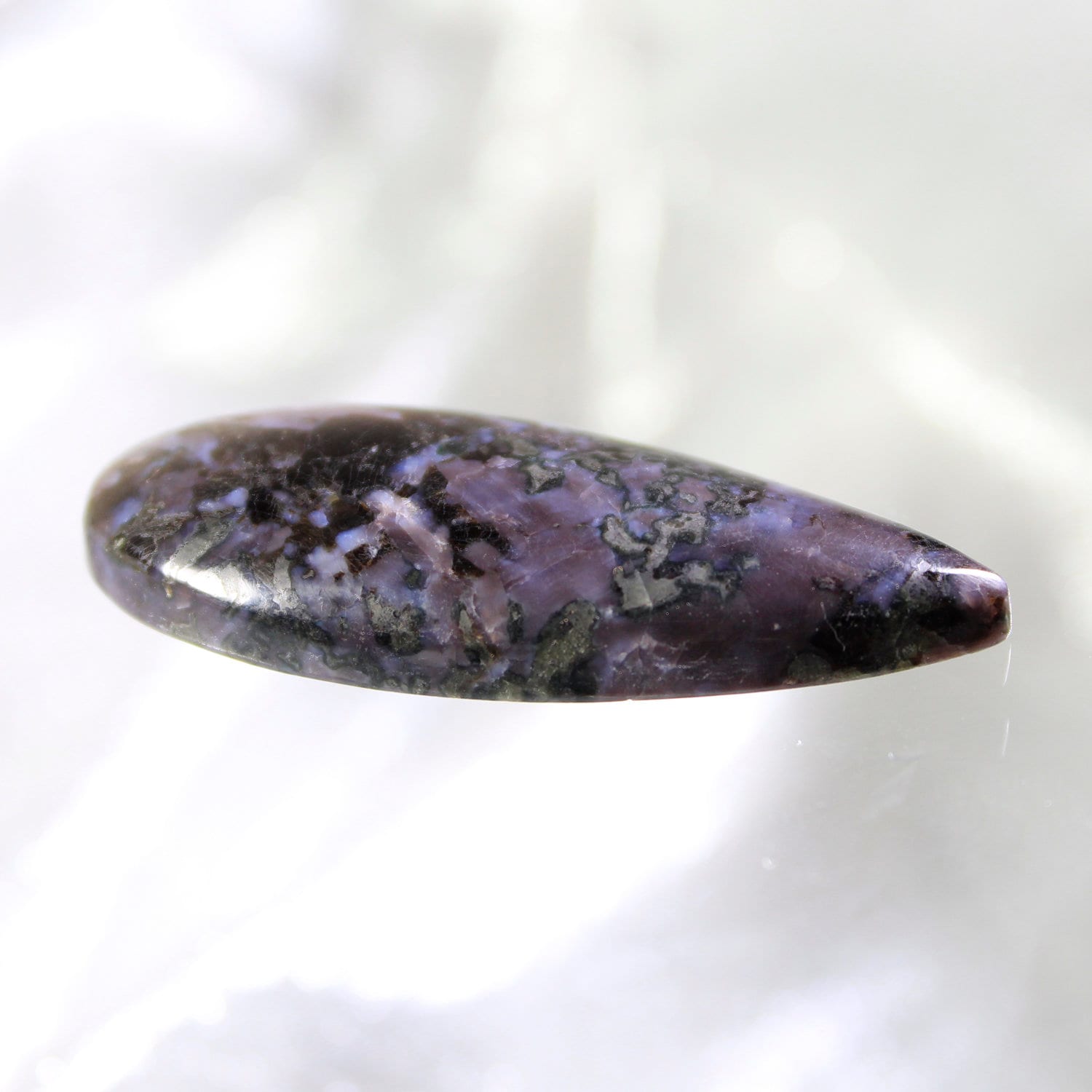 This nicely domed cabochon of Indigo Gabbro (a/k/a Merlinite) has a great pattern of black and indigo violet patches with flashes of moonstone-like iridescence, particular when viewed in sunlight. The color is dark but definitely purple and very unique. I've wanted to cut some of this material for a while and finally picked a a little rough and was taken with the changing nature of this material from shadow to light, especially sunlight. Definitely eye-catching and unusual. Great inspiration for your next project.