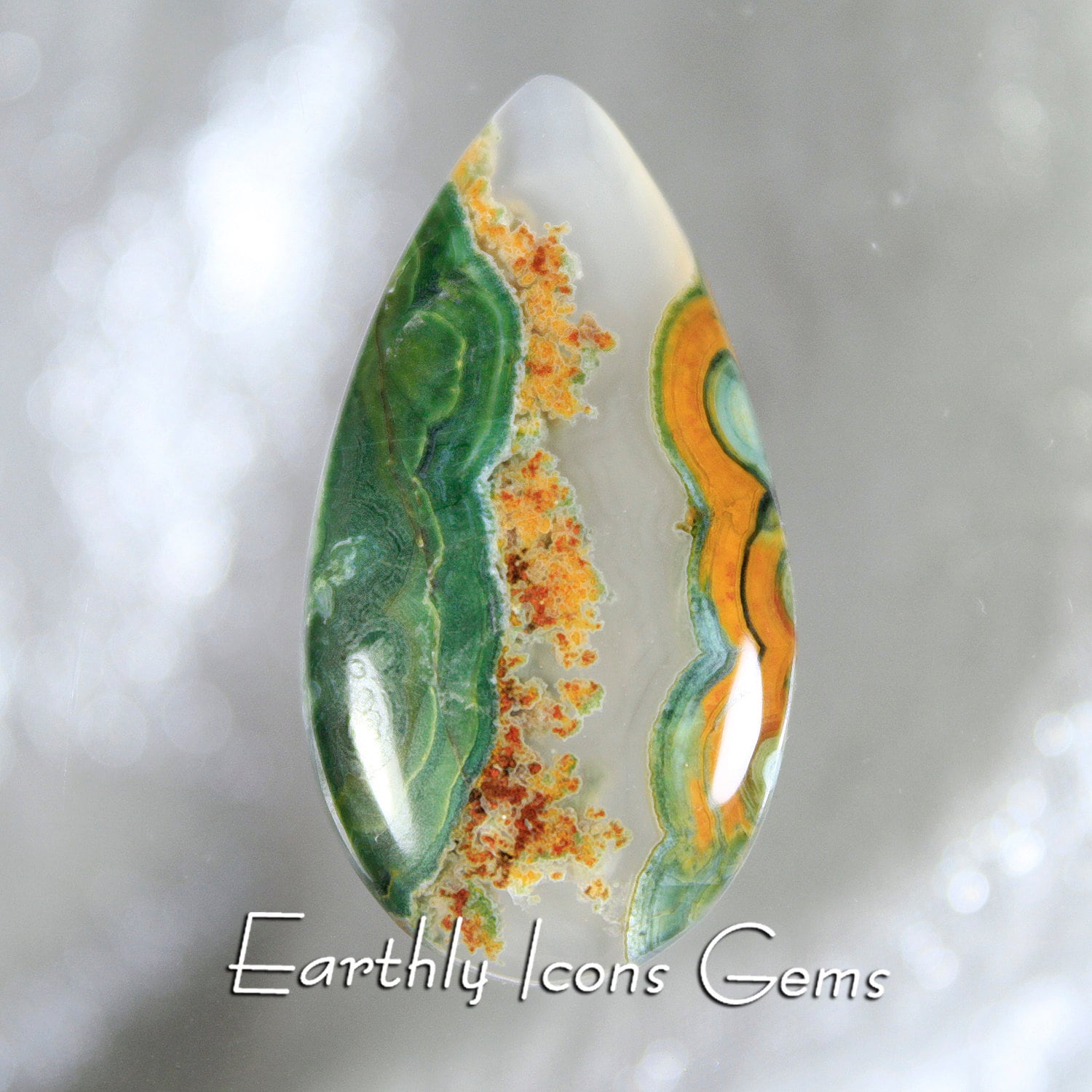 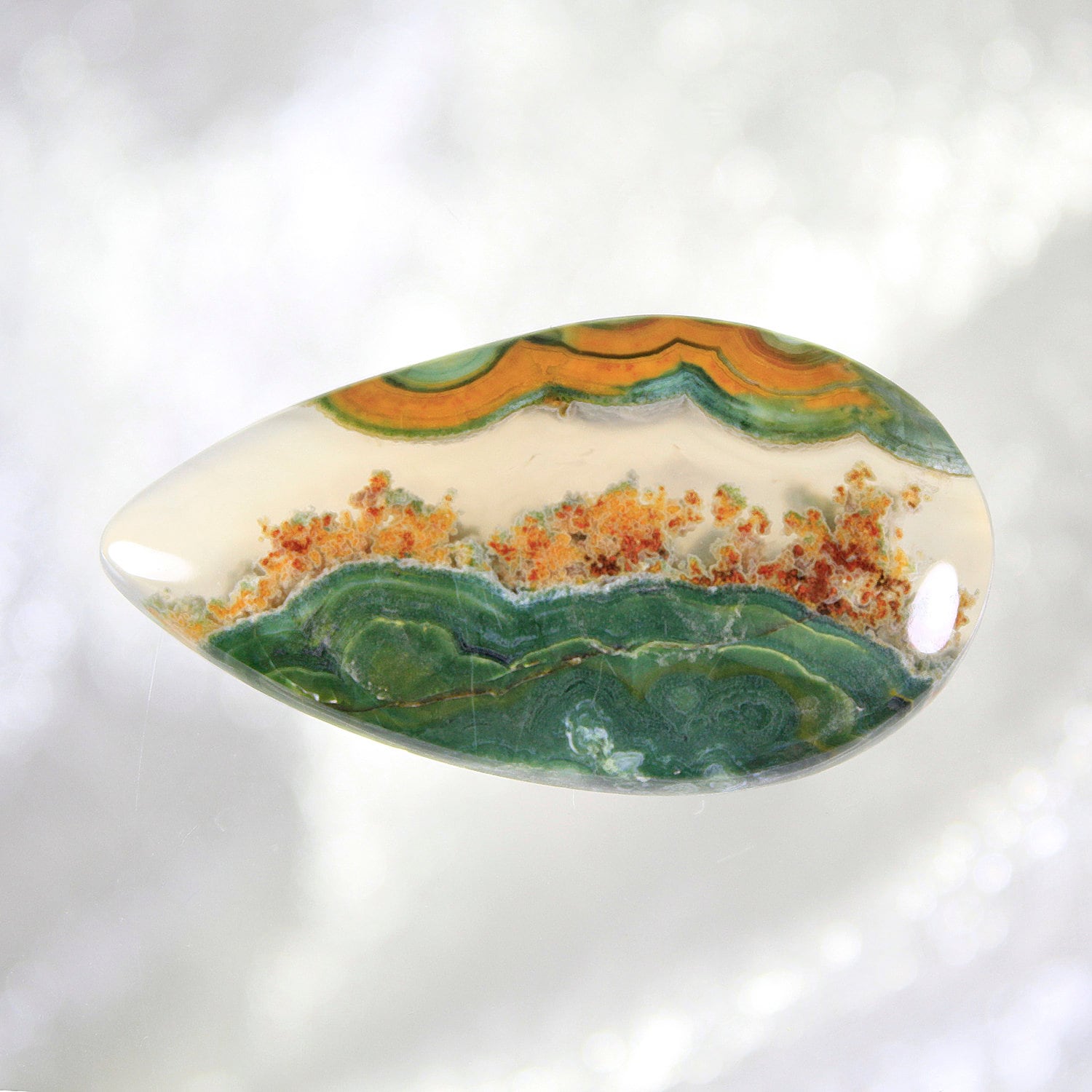 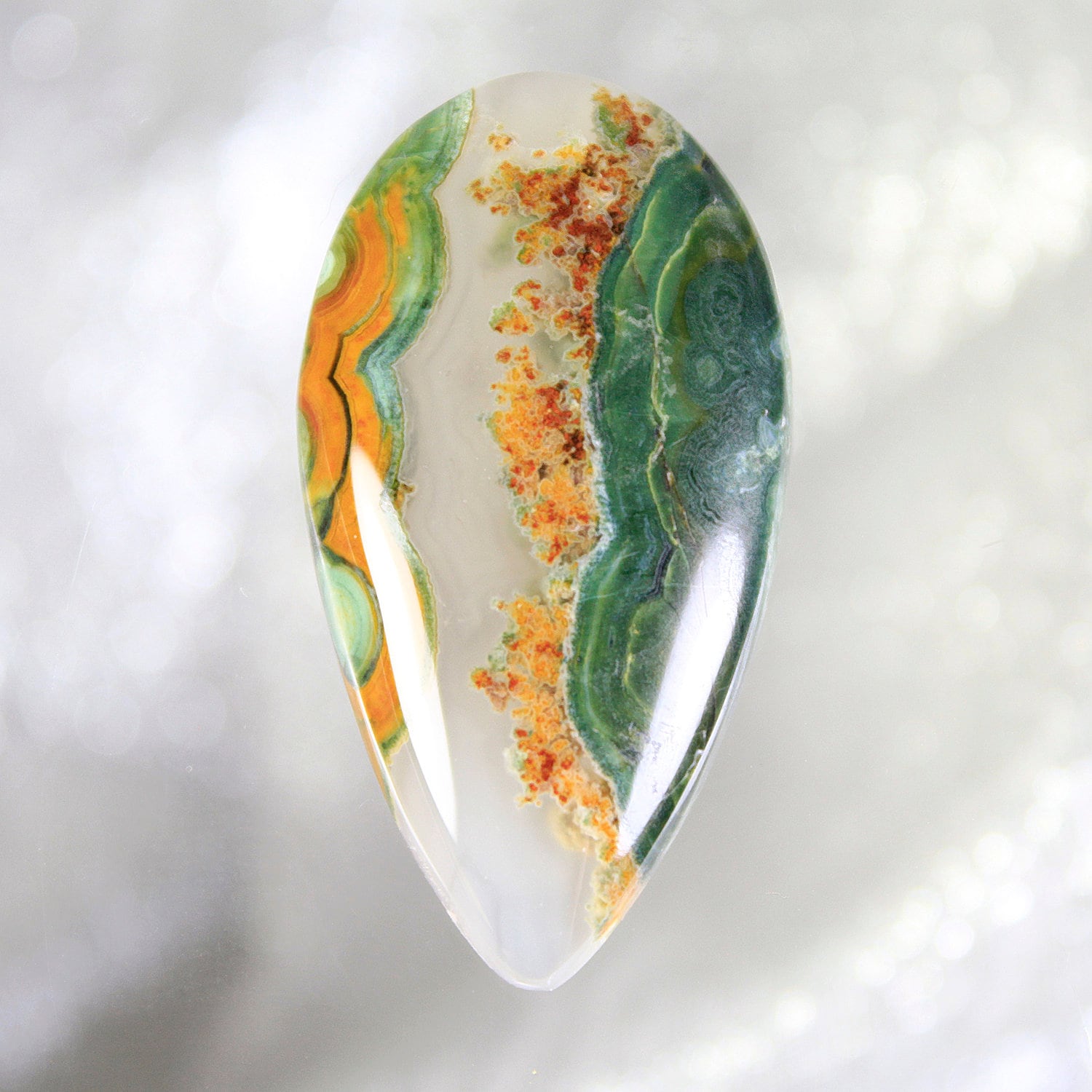 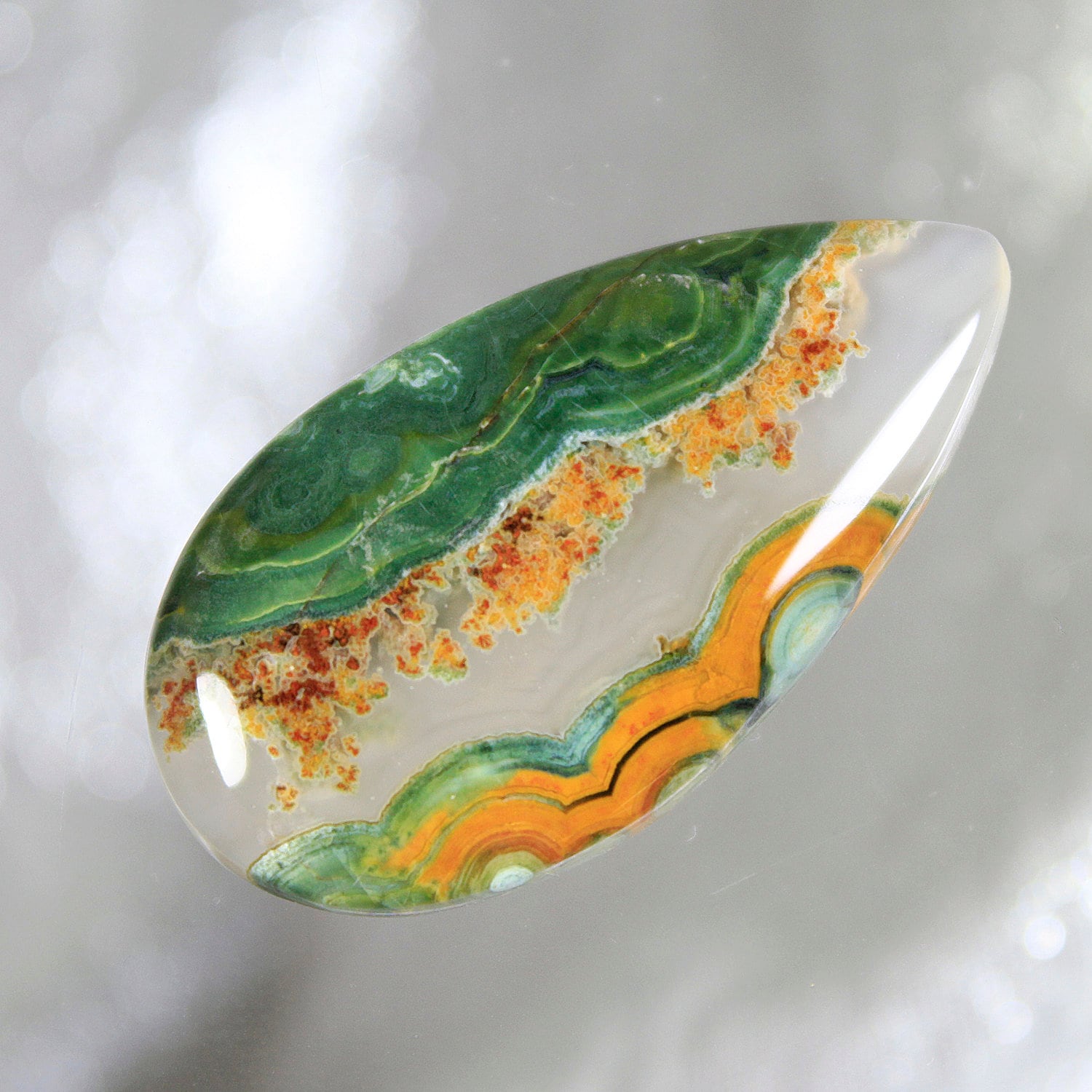 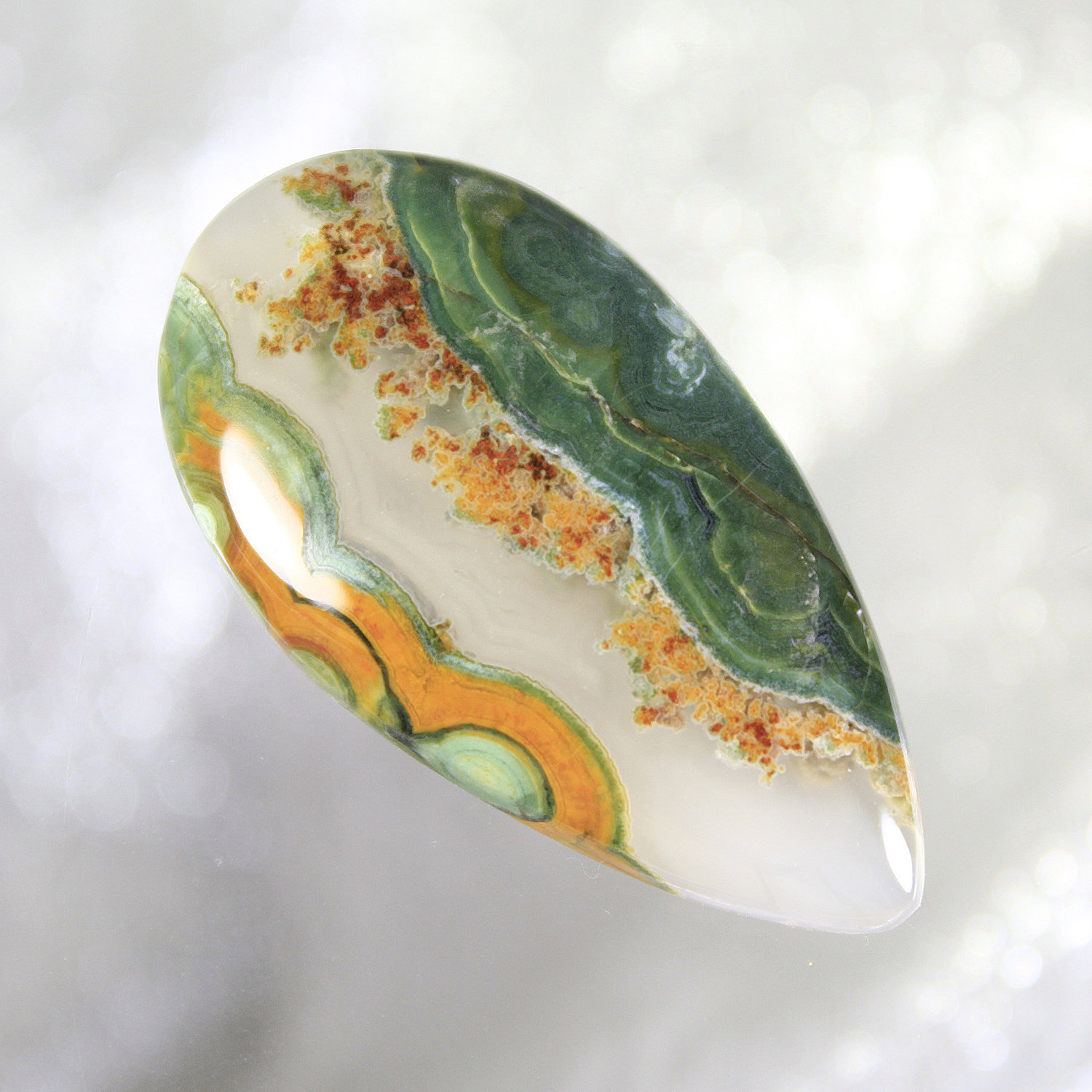 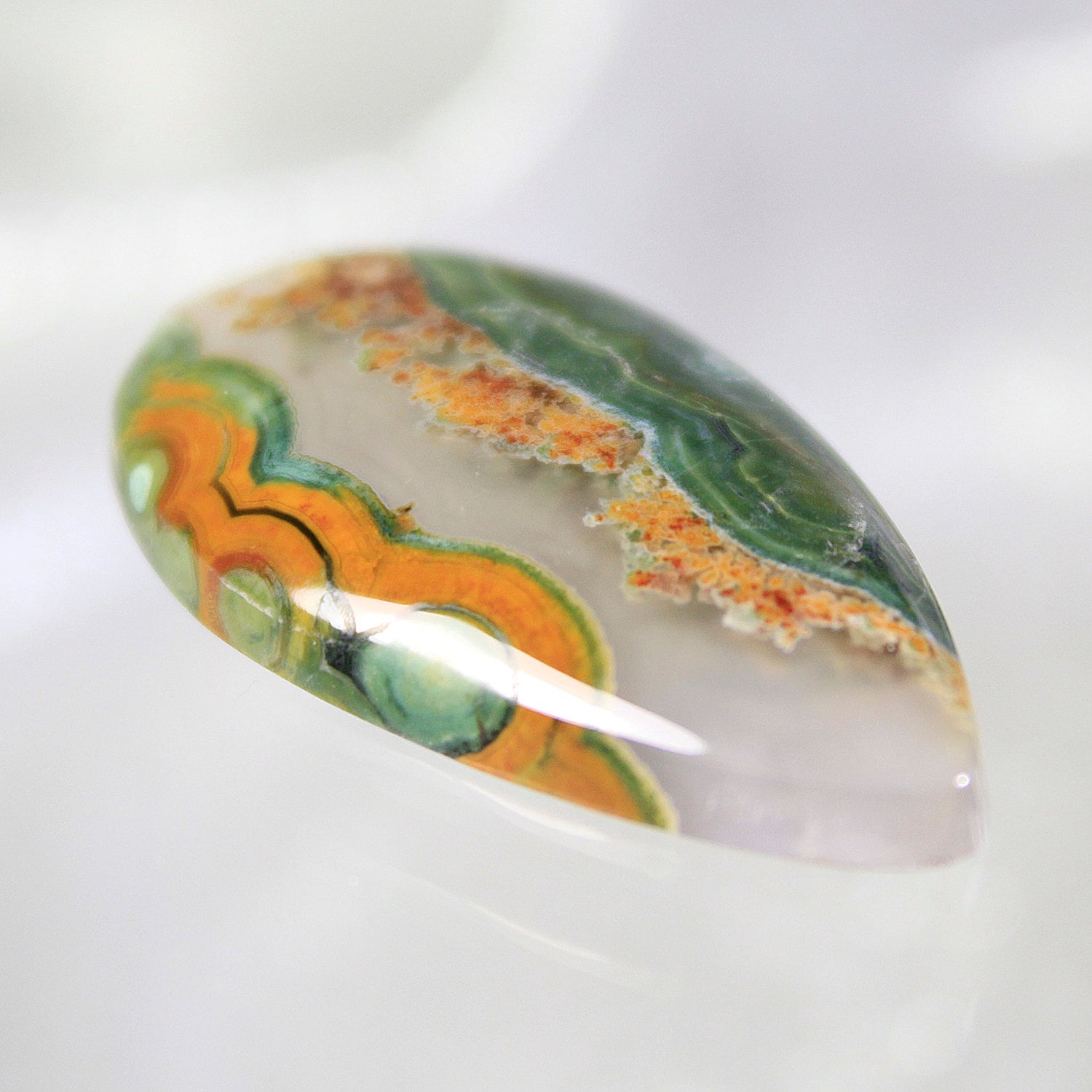 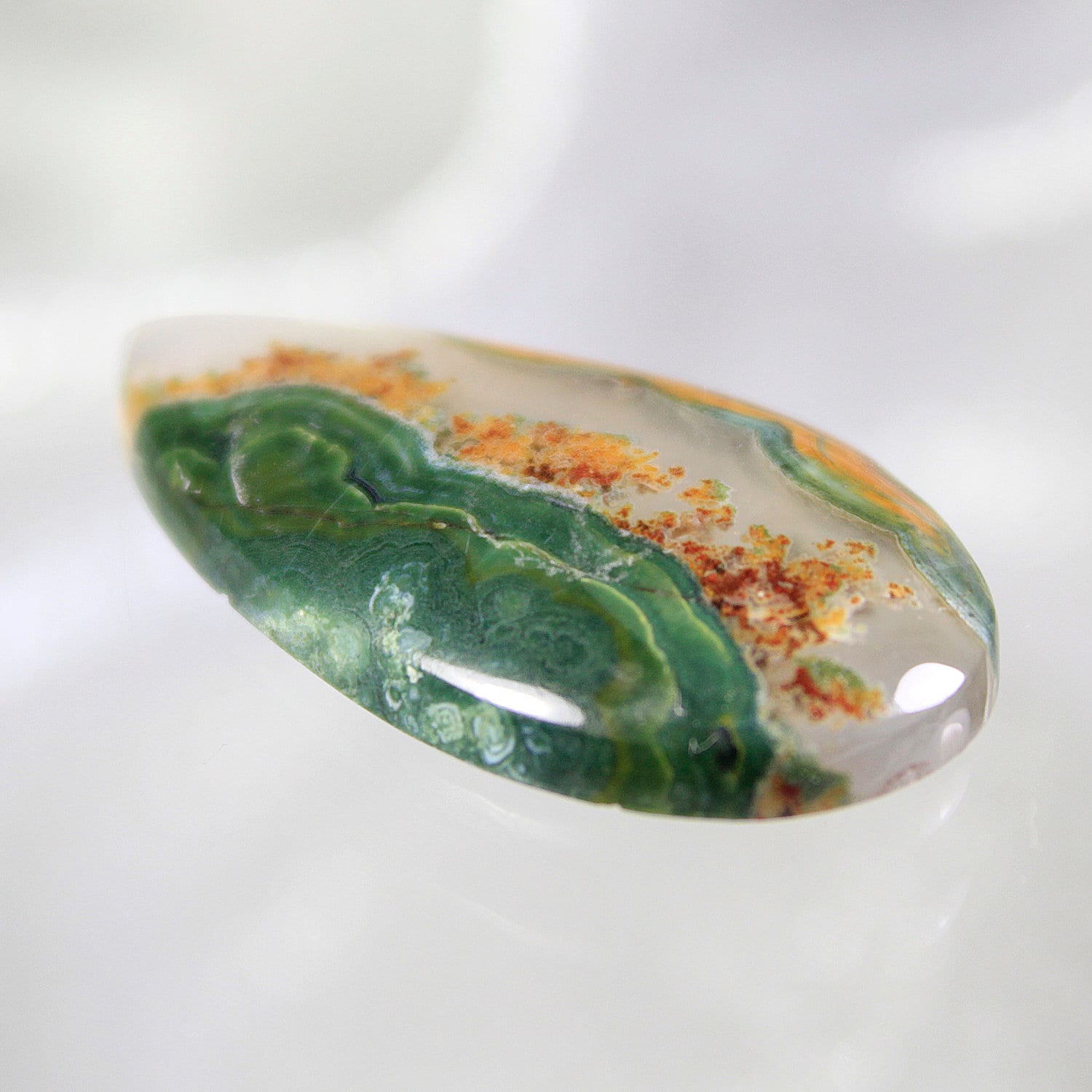 This stunning one-of-a-kind cabochon of rare Orpheus Agate has beautiful rare highly colorful plume formations in a base of clear agate set against green and gold bands on one side and a field of green on the other. Shades of rich greens and golds dominate, with a very rare plumes of red sienna highlighting the landscape scene. Orpheus Agate comes from Bulgaria and rarely found on the market. This striking cabochon is ready to become a high-end piece of jewelry or a top shelf collector piece. There are minor healed fractures in the stone, but they are fully healed and add to the organic feel of this cabochon.