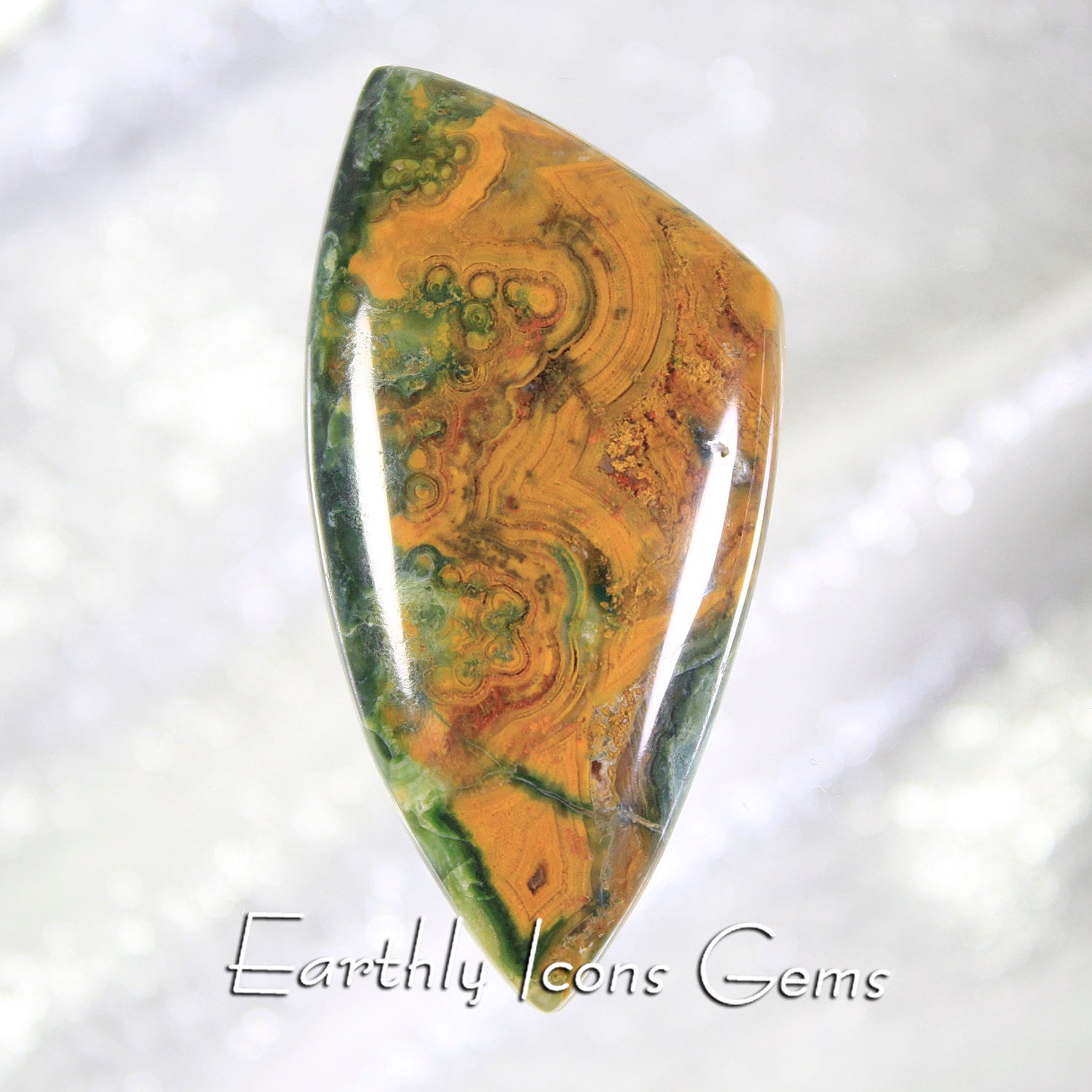 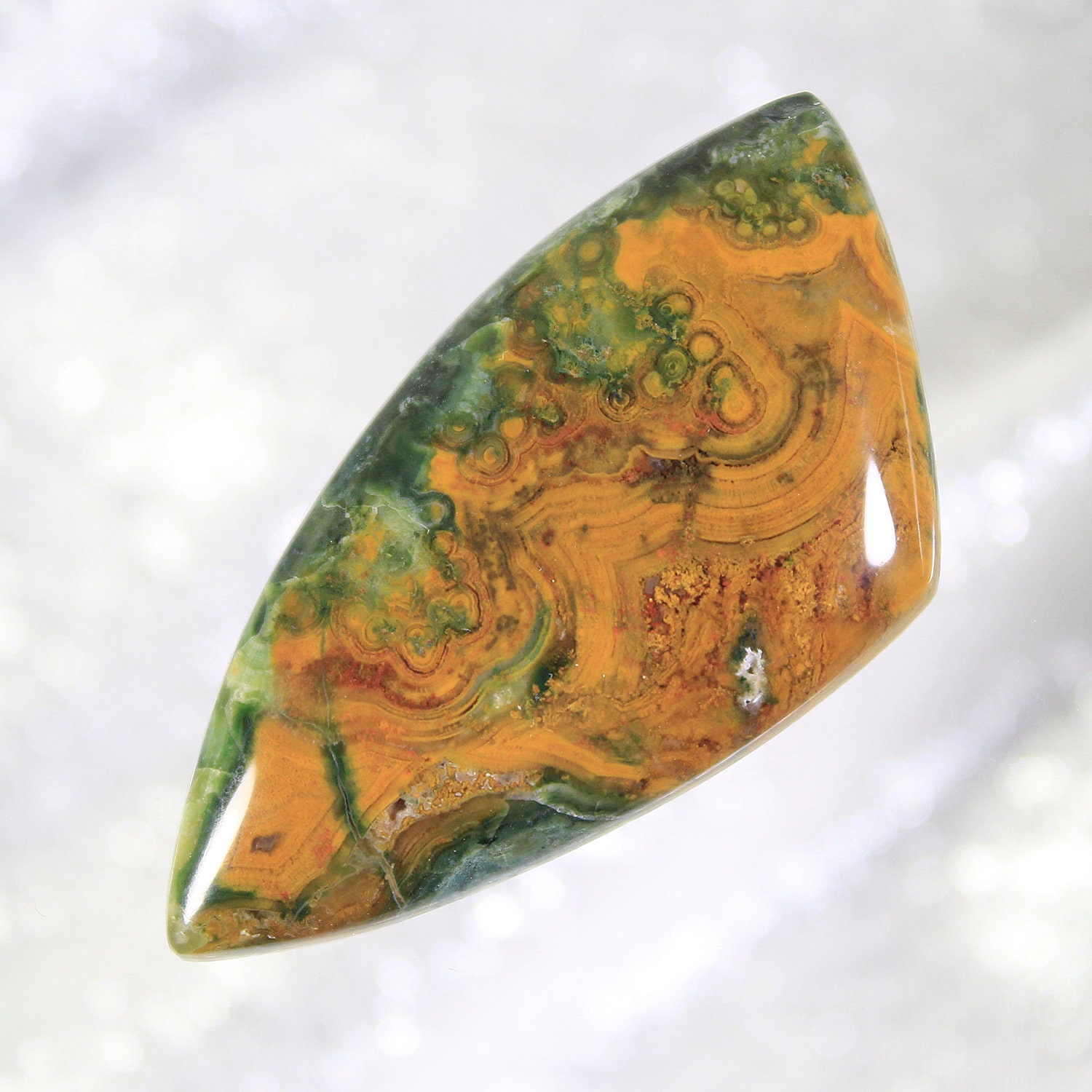 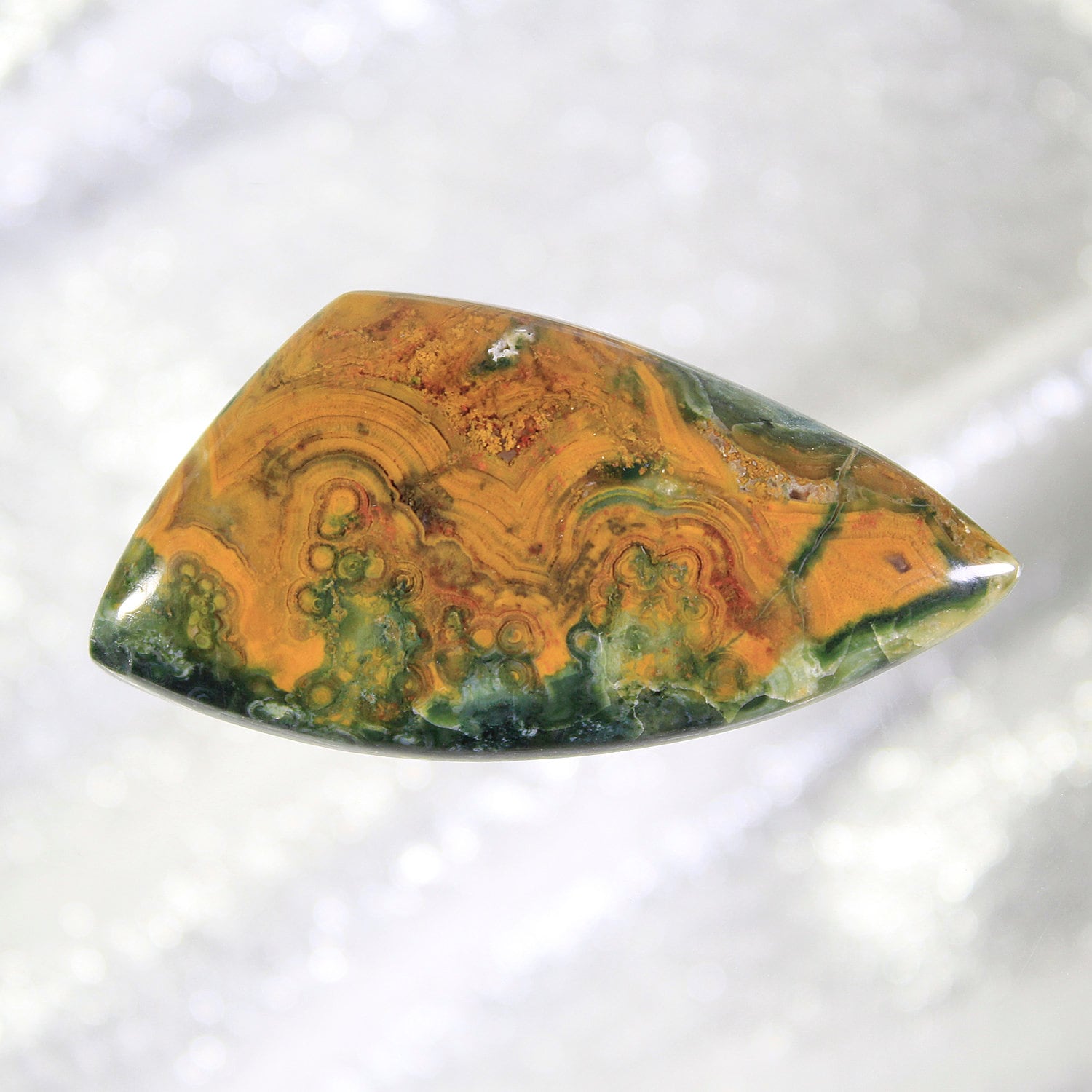 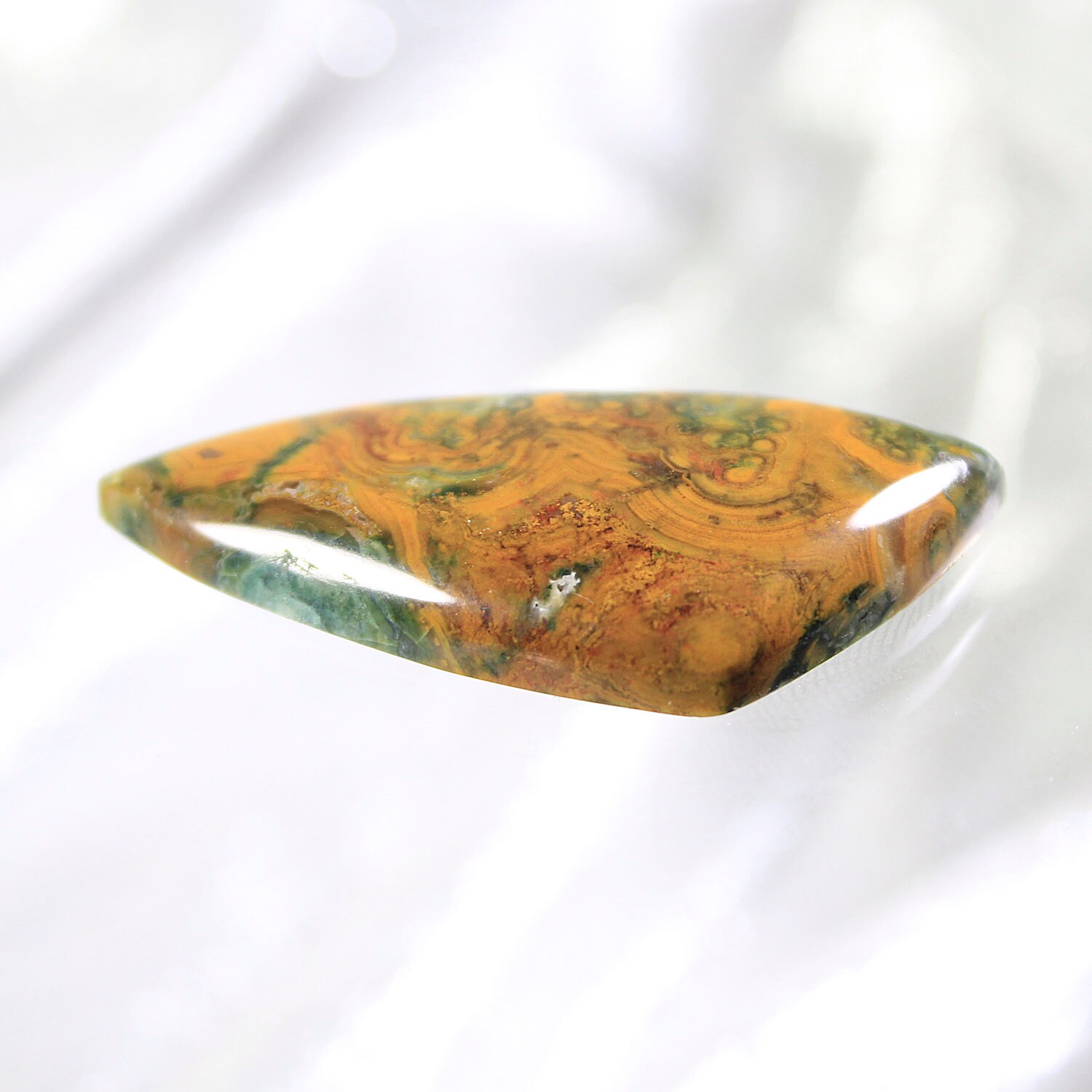 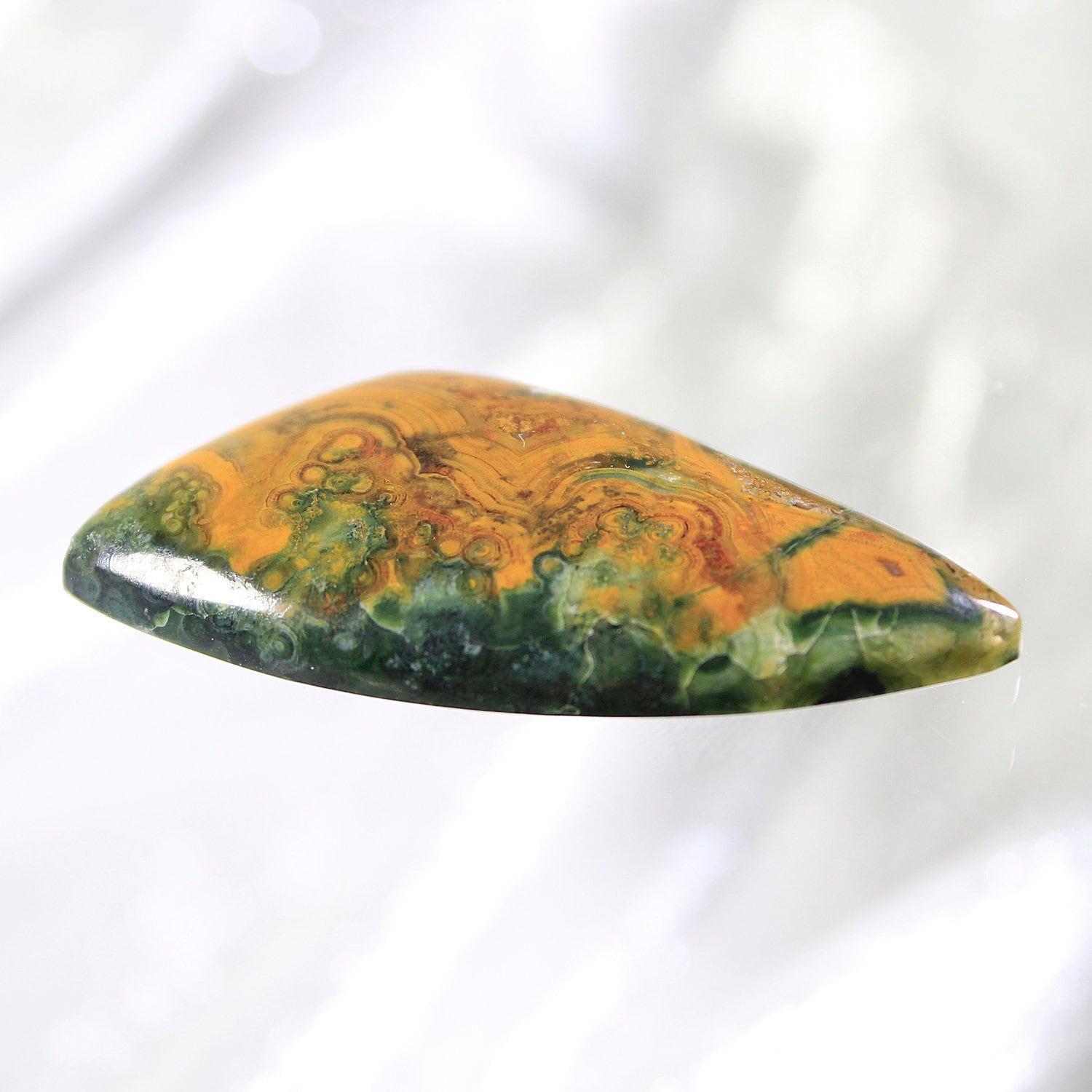 The incredible patterns and colors of this unique and large Orpheus Agate Cabochon are a truly breathtaking example of Nature's art. With patterns resembling brushstrokes, this cabochon could be said to resemble a celestially inspired Van Gogh painting. Rich ribbons of Gold wind through a bubbling deep Green background with tiny pockets of white and clear quartz, all embracing a heart of rare foliage-like plumes of Gold, Green and Reddish Orange. The richness of the colors and the incredible bold patterns make this cab a stand out example of this rare agate! This cabochon does have two small pits in the front of it, for which I've reduced the price. This is a great opportunity to get a large gorgeous cabochon of Orpheus Agate at a much lower price than usual. Still, this striking cabochon is ready to be set in your next creation or simply become a treasured part of your collection.