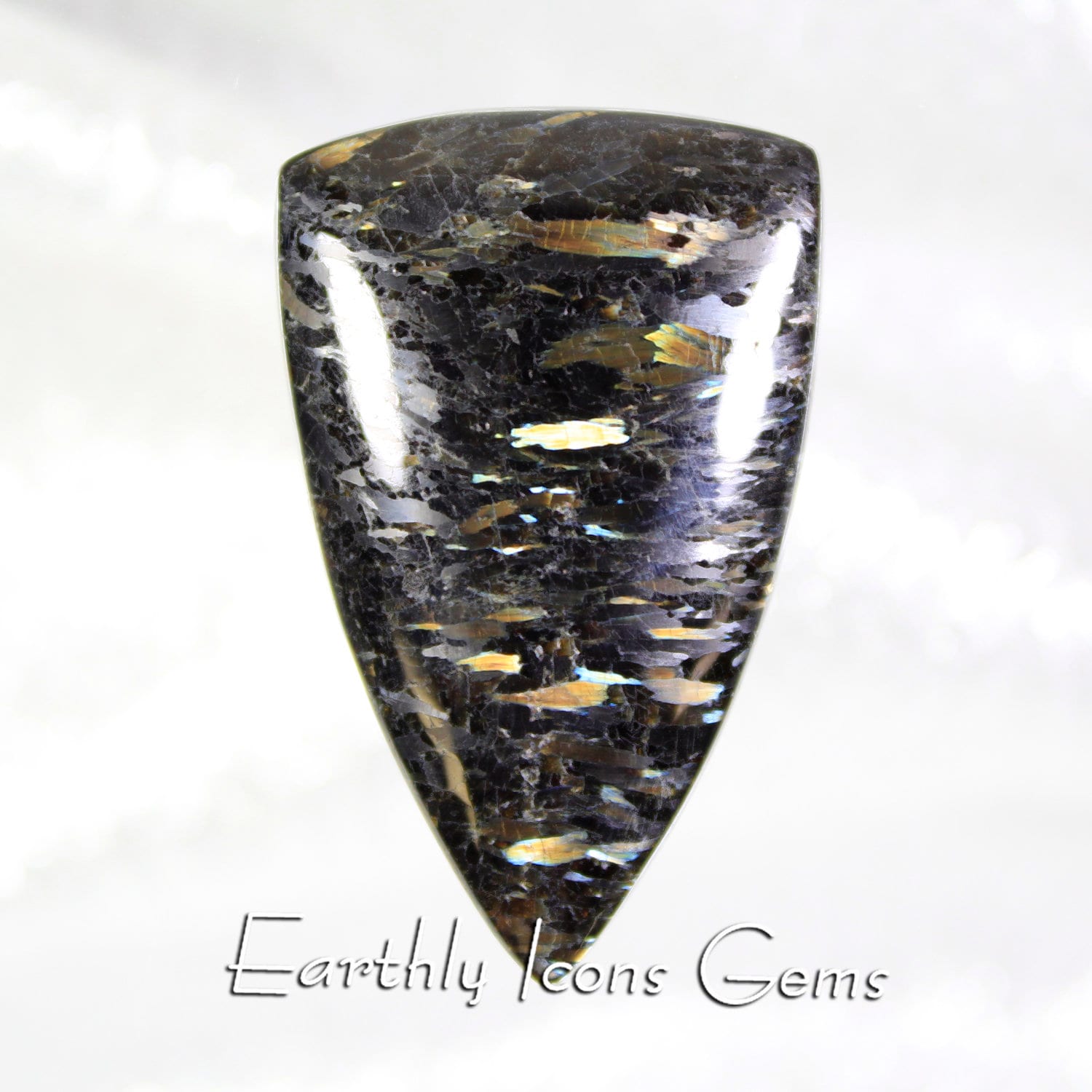 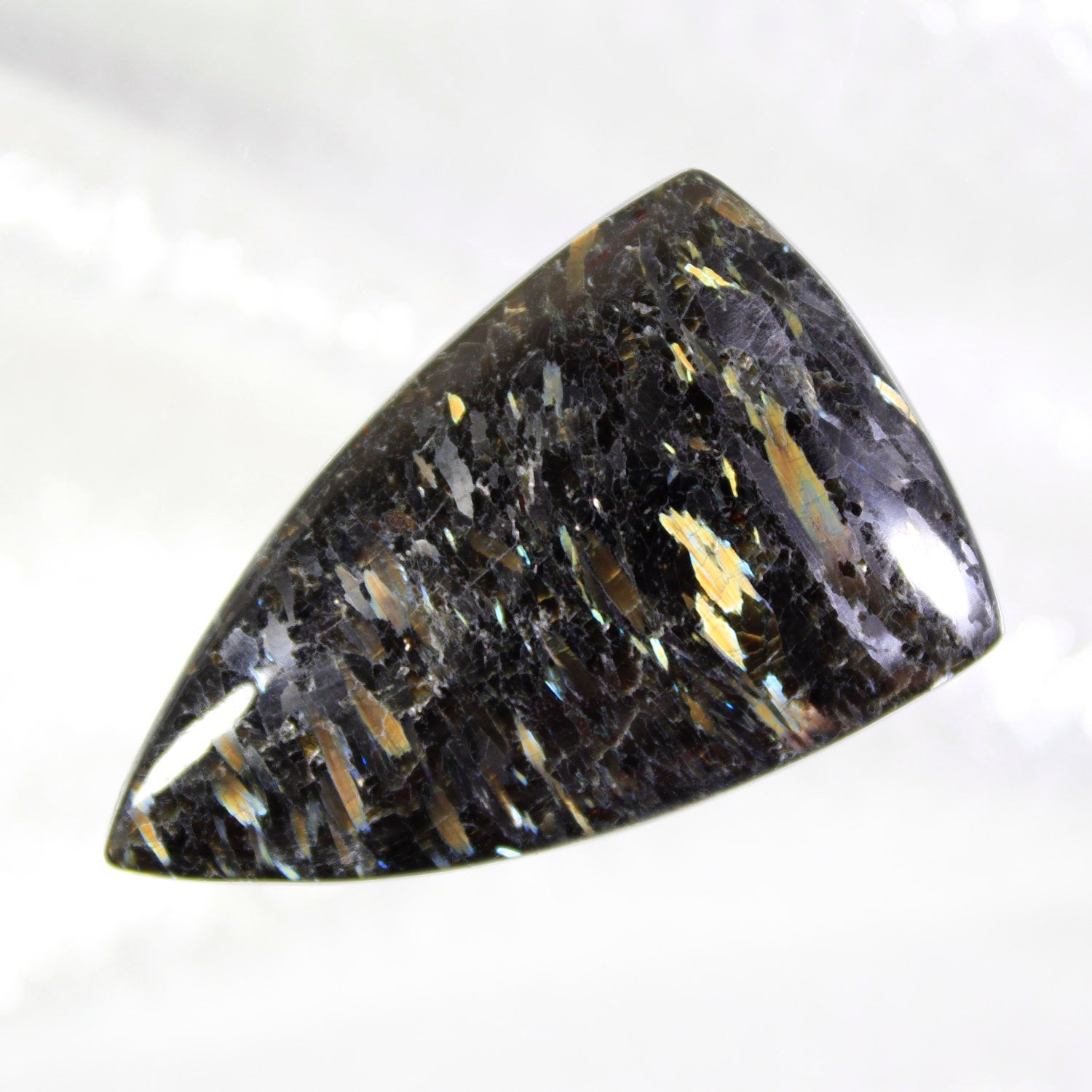 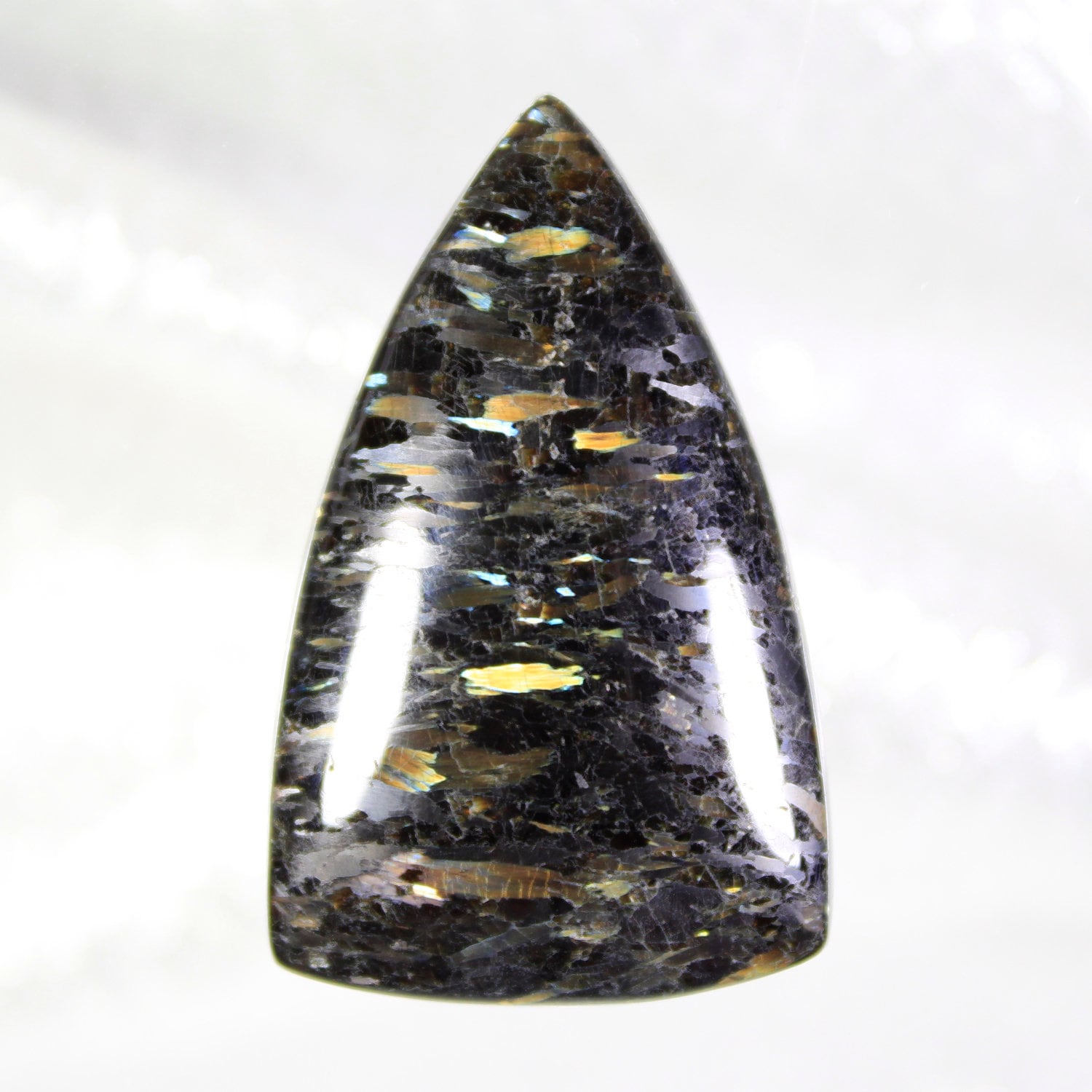 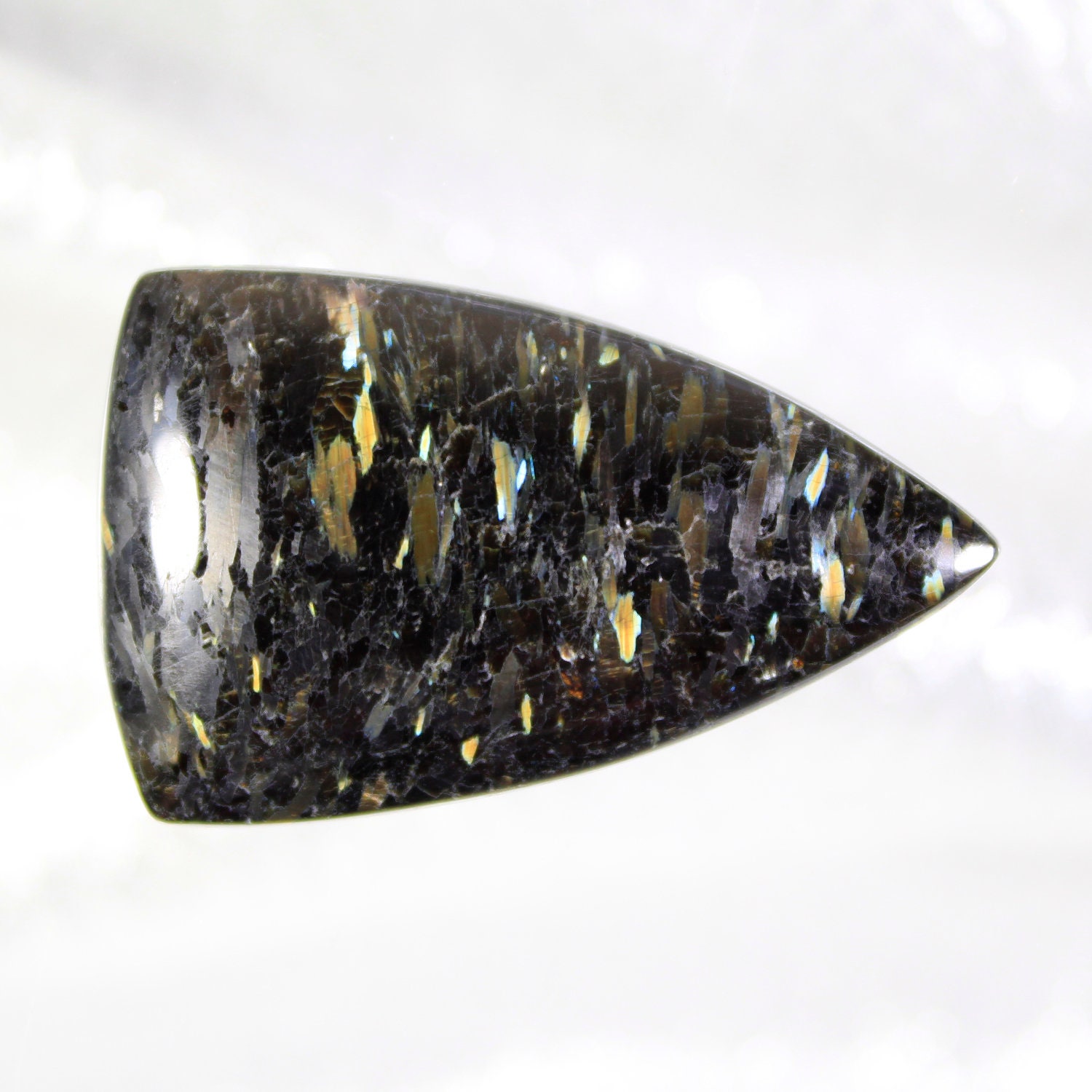 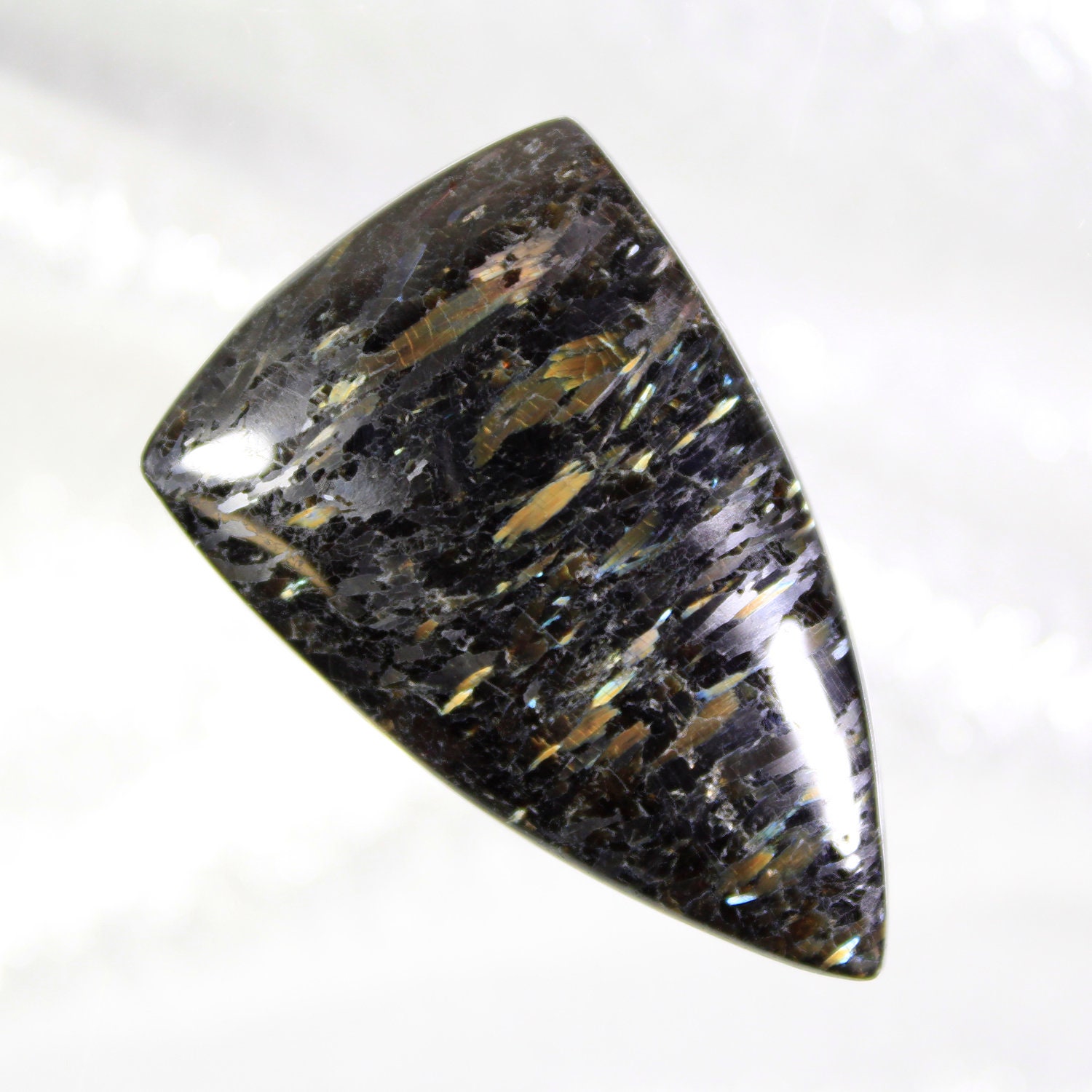 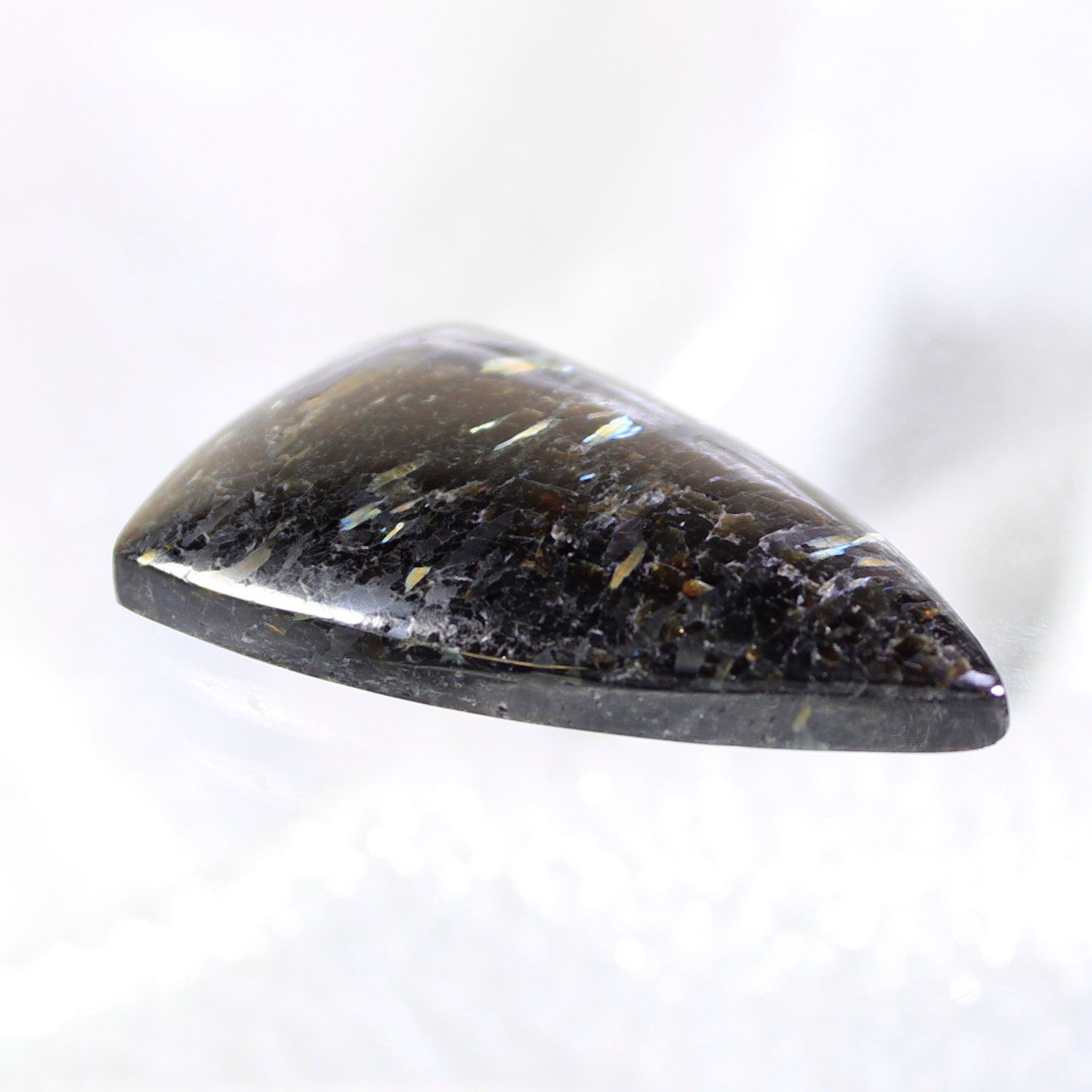 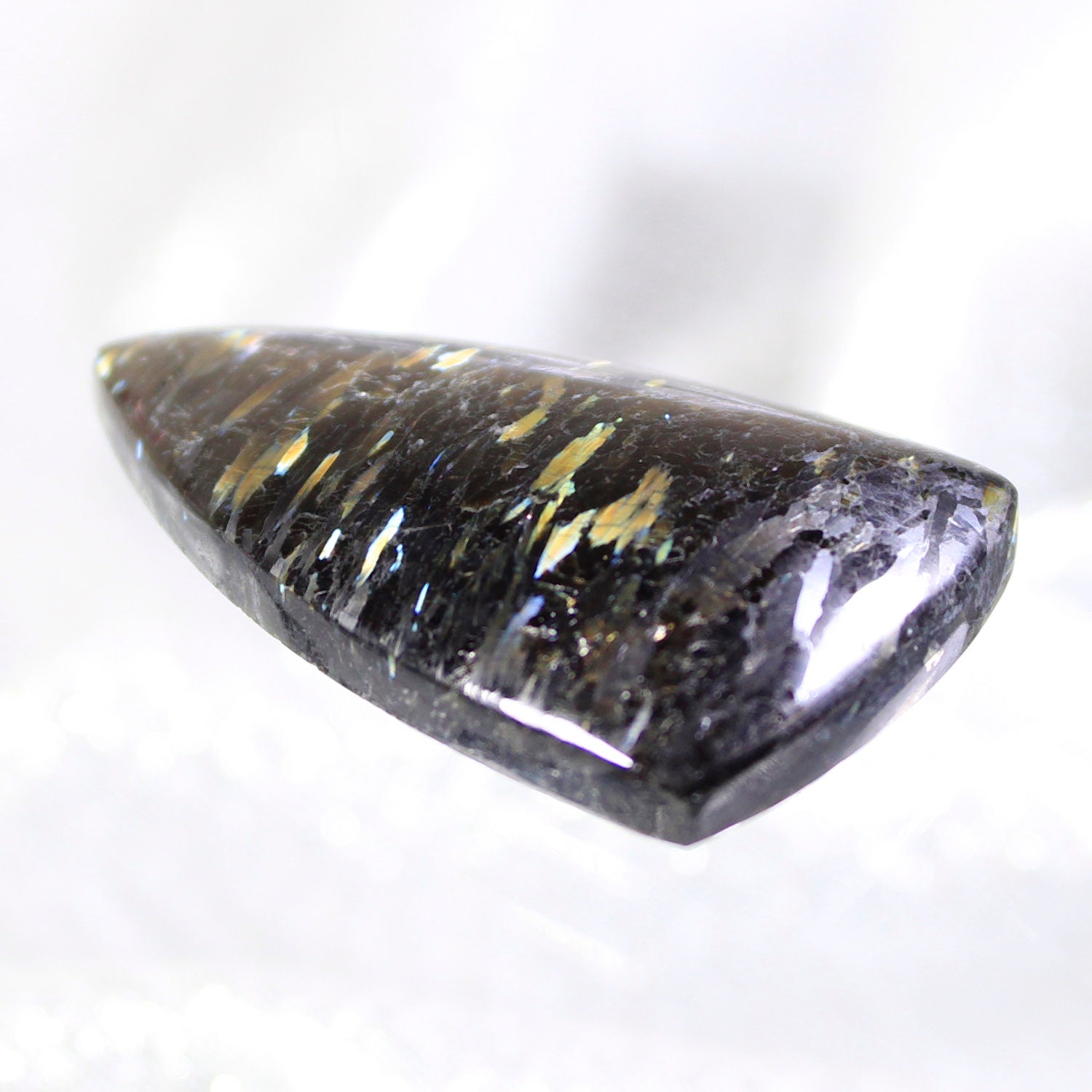 This unique and rare Nuummite cabochon has amazing bright iridescent flashes and pinpoint spots of color, mostly in gold and blue, but bits also of lavender and teal, in a black background, and is a beautifully flashy example of this extremely unusual stone from Greenland. I've given this cabochon a medium high dome, girdled sides and a flat beveled back. It will truly make a truly great one-of-a-kind piece of jewelry or Top Shelf addition for any collector.

I cut this cab by hand and it's been given a high polish both front and back with slightly beveled bottom edges for easy setting.

Referred to as “the oldest mineral in existence” (though, in actuality, it is Greenlandite that can truly claim that honor), with an age dating back approximately 4 billion years, Nuummite was formed of volcanic origin in an area north of Nuuk, Southern Greenland, from which it derived its name. It is has also been found in the outer part of the Godthabsfjord near Nuuk. As the rock formed, it became compressed, and mineral inclusions formed the iridescent sparkly effect that gives it such a unique appearance.