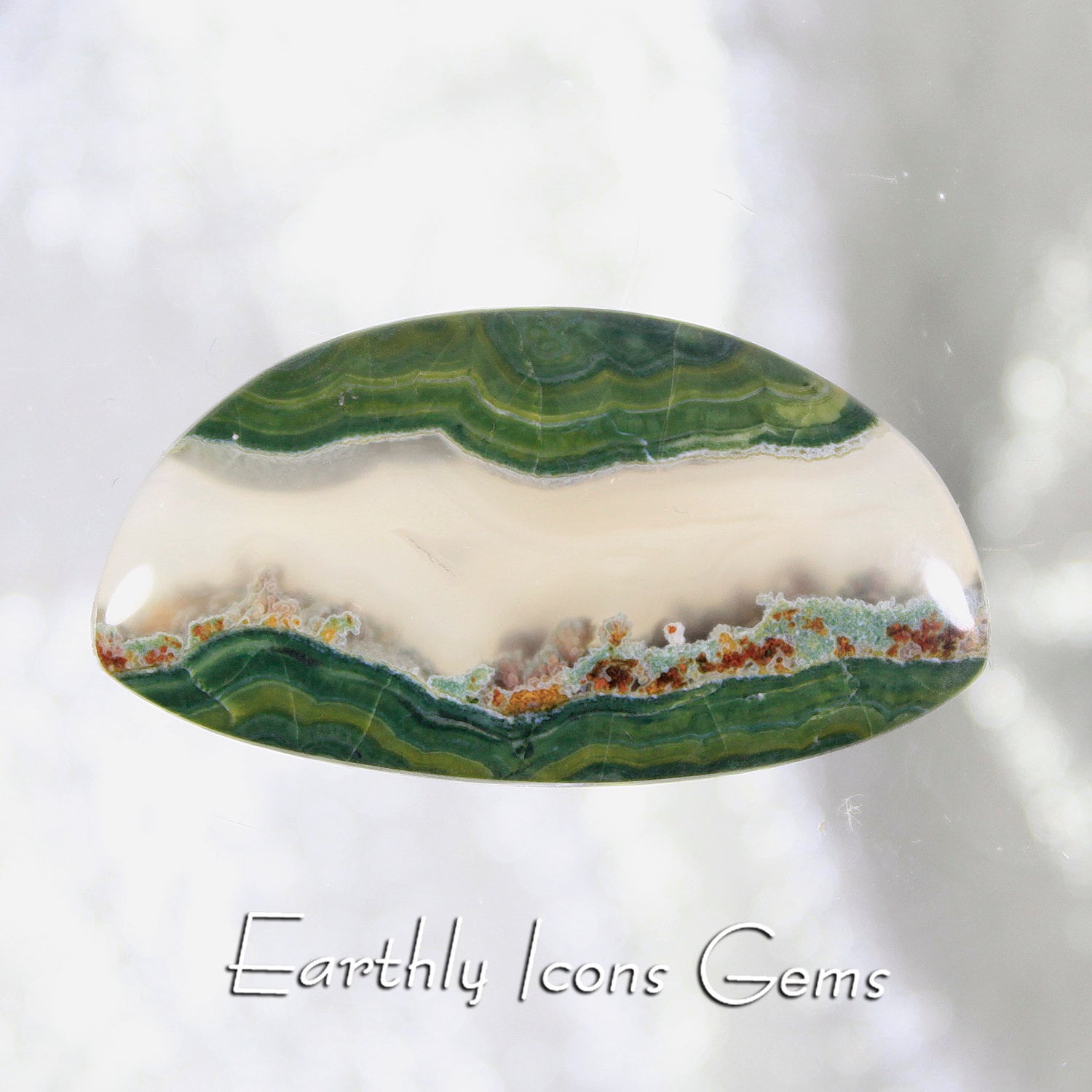 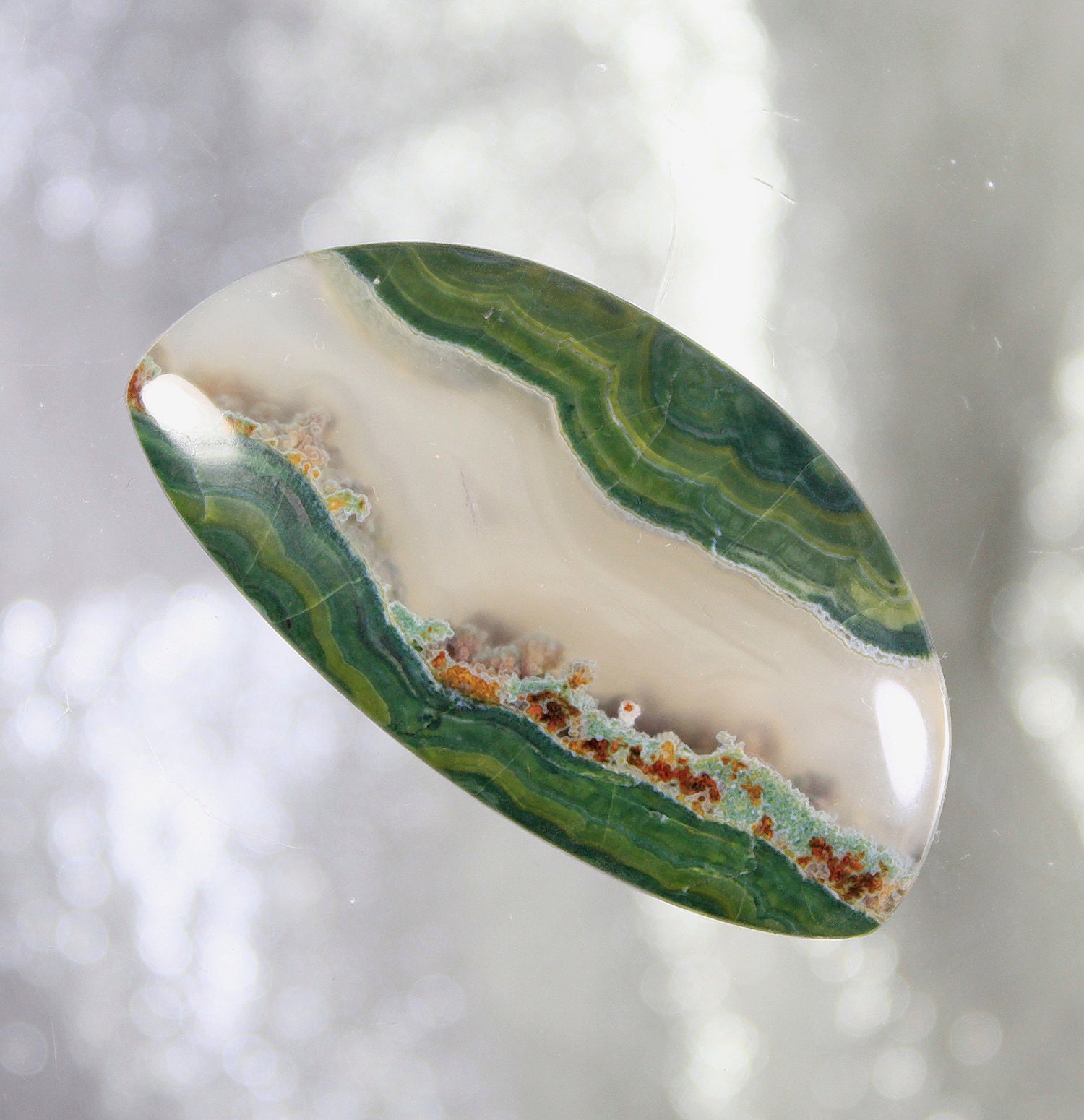 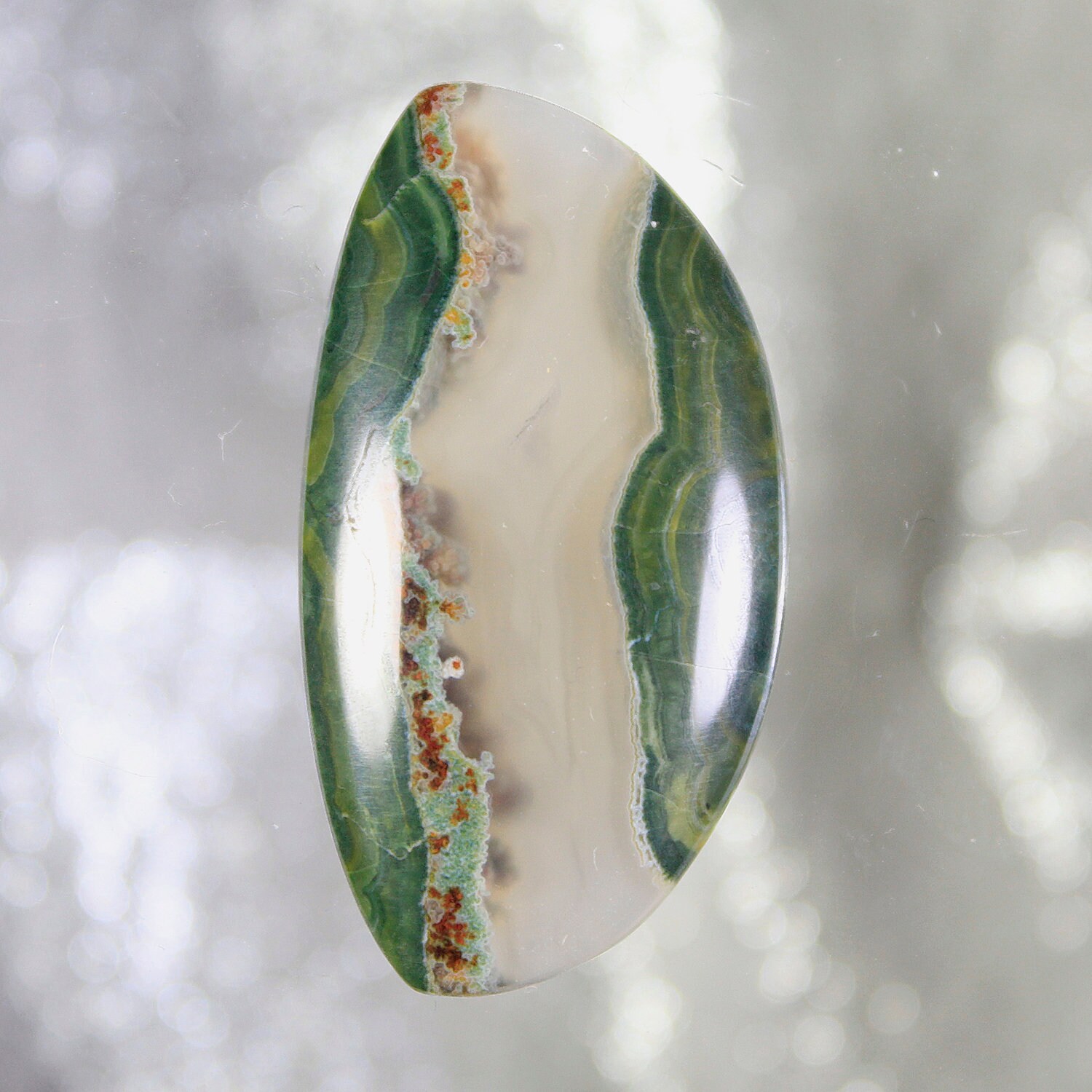 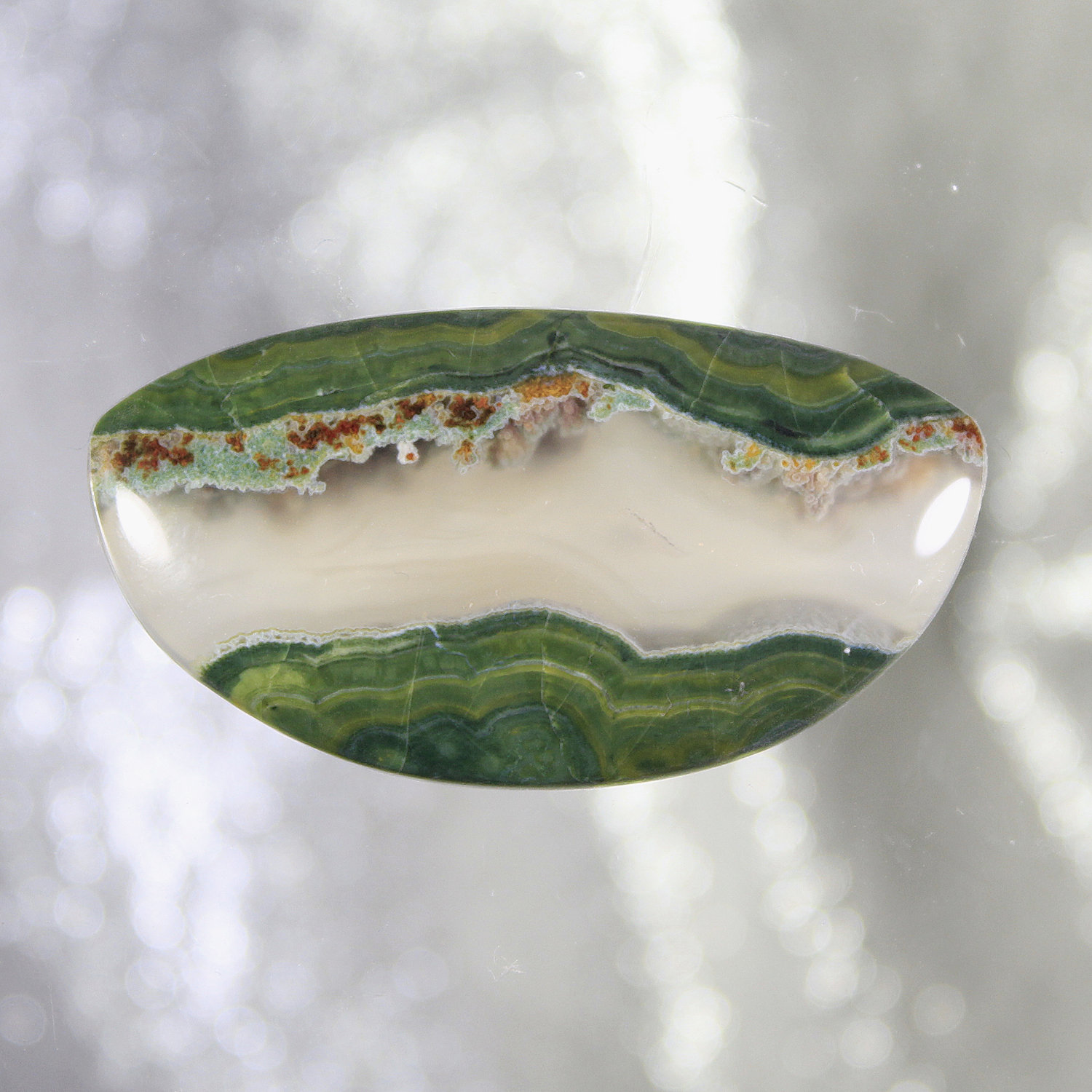 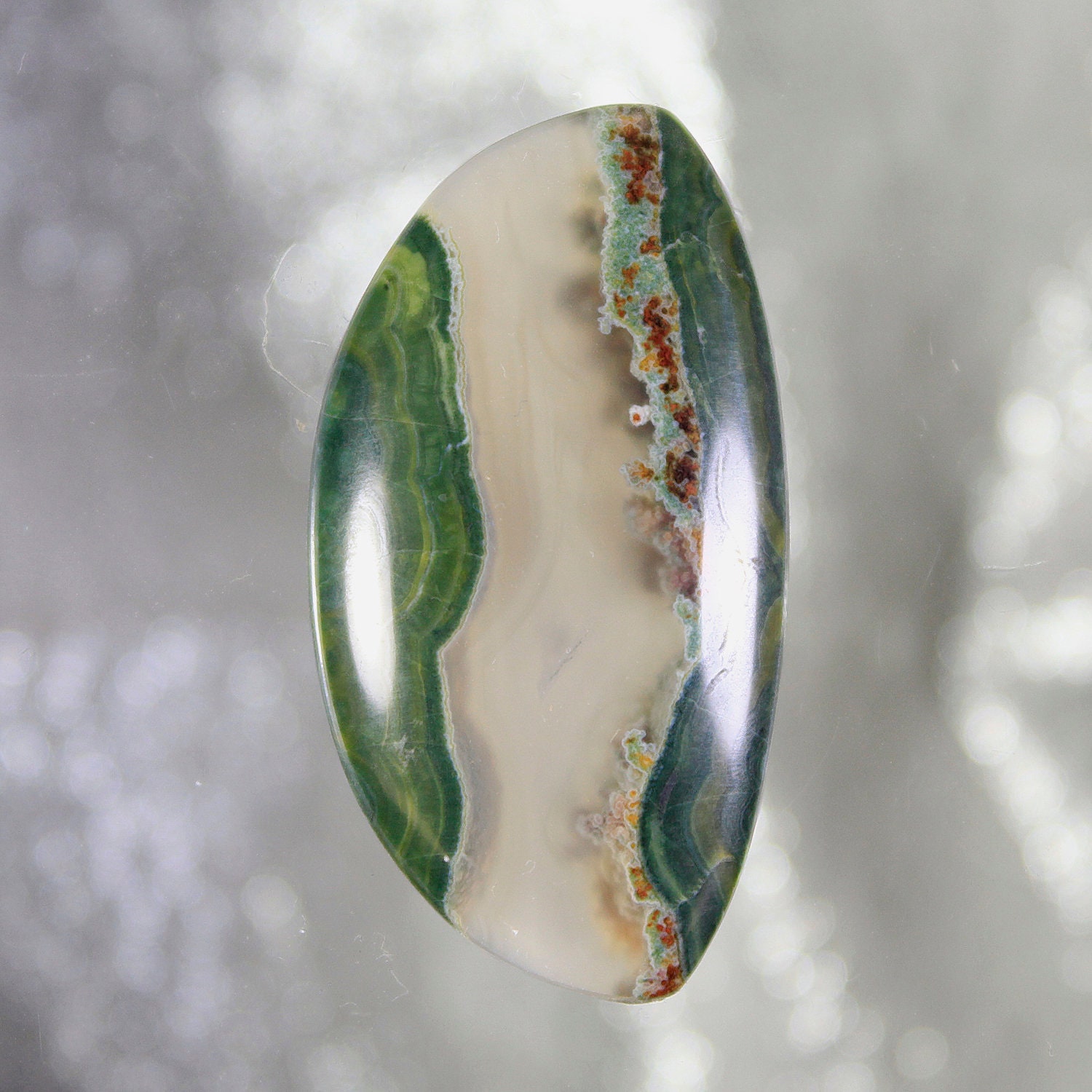 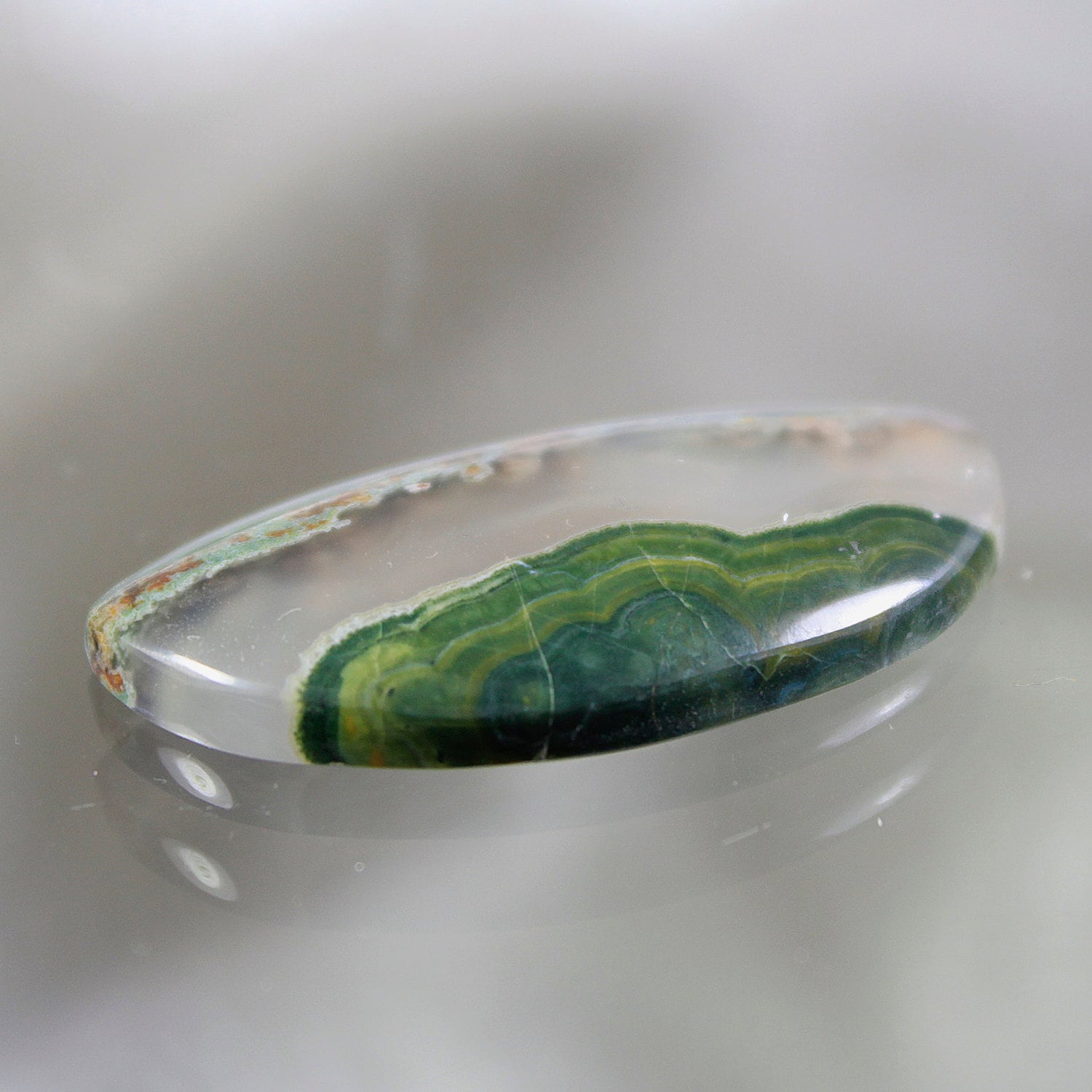 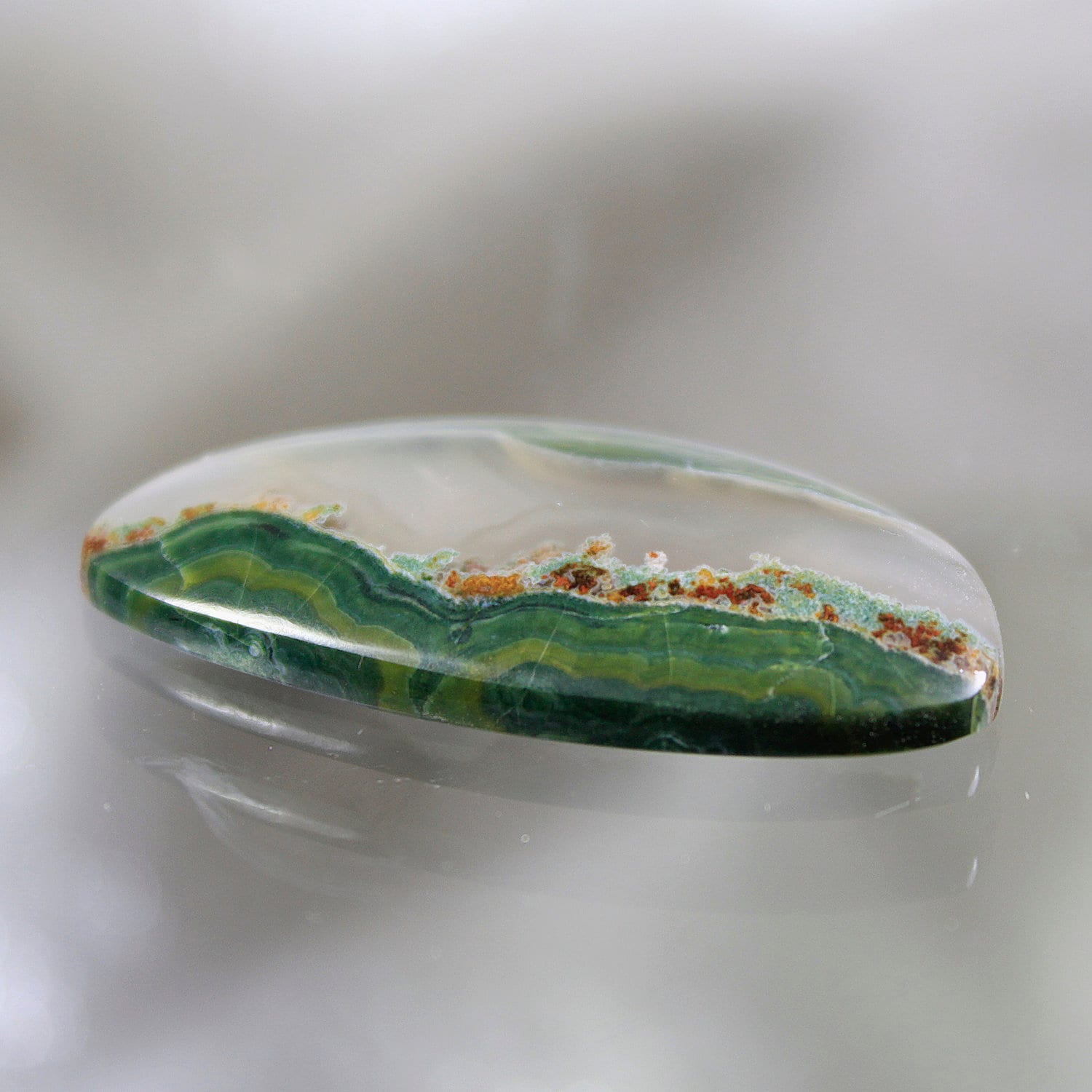 This stunning one-of-a-kind cabochon of rare Orpheus Agate has beautiful rare colorful small plume formations in a base of clear agate evoking an early autumn country landscape beneath a sky full of cirrus clouds. Shades of rich greens dominate, with a rare splash of reddish sienna and gold highlighting the landscape scene. Orpheus Agate comes from Bulgaria and rarely found on the market. This striking cabochon is ready to become a high-end piece of jewelry or a top shelf collector piece.

It should be noted that, as can be seen in the close-up photos, there are a very few minor healed hairline stress fractures within the stone, which is Very common for Orpheus Agate, but they don’t pose any threat to the stability or overall aesthetics of the cabochon. Though they are visible in the photos, they are not very noticeable in person, as the close-up photos really hide nothing here. ;)